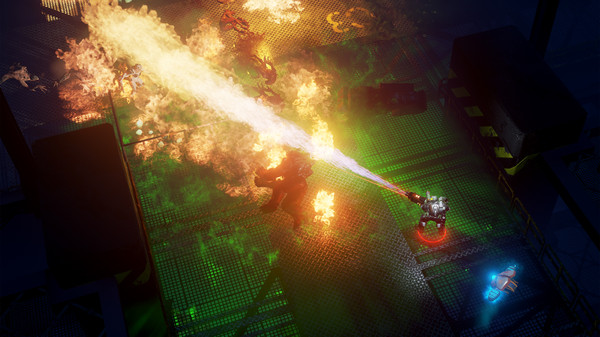 The dark military atmosphere of Solstice Chronicles: MIA is apparent from the first title card. The detail in the opening moments firmly establishes what you can expect from this game. Even the difficulty settings are reminiscent of martial combat, with options including ‘recruit’ and ‘veteran’.

You play as one of the last – potentially the last ever – living human being on a base on Mars. Long after the people of planet Earth were wiped out by a virus and Mars colonised for the survivors, you are threatened again by vicious, lizard-like aliens and a storm that could rip apart the only home you have left.

In this top-down shooter, you progress through various levels, exploring what remains of the Mars settlement. You blast through enemy creatures in search of somewhere safe to stay, a cure for the people affected by the virus on Earth and some way of getting home. 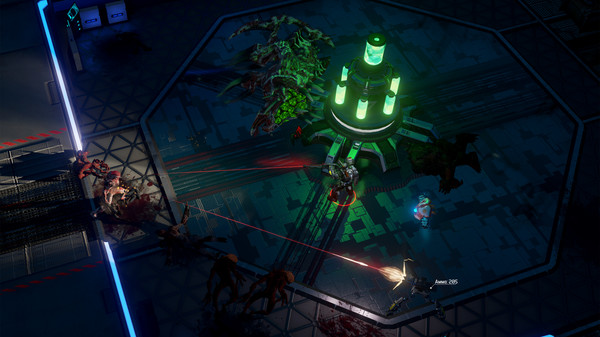 Solstice Chronicles: MIA opens with a few short lines of backstory, which grounds you at the beginning of the game. You piece together the rest of the story as you play through it. As you explore the ruined space, picking your way around the blasted corpses of both aliens and your former crew, the full picture gradually comes together.

The story is split into chapters. At the end of each, you are scored on all kinds of performance statistics. This includes your time, your number of kills and the development of your skills, as well as the damage you’ve taken as the efficiency with which you used your ammunition.

This gives Solstice Chronicles: MIA a decent amount of replayability value. You can play through each level multiple times – taking your time to explore, or speed running through it as quickly as you can or focusing on one particular score on each play. The freedom you have to challenge yourself in different ways makes this a fairly versatile game. 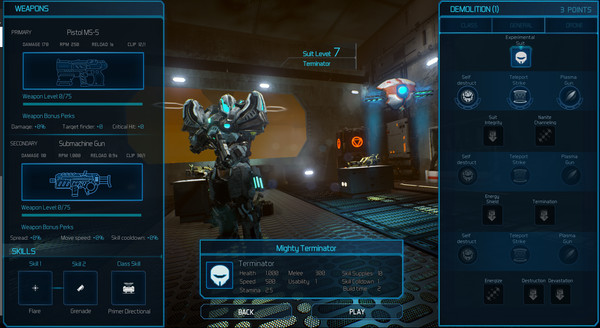 The controls are easy enough to pick up. You run, you aim, you shoot stuff with various triggers. The tutorial is simple and doesn’t intrude on the game itself.

There is a very good balance here between giving you enough information to be able to run into the game head on while leaving enough that there is an element of intrigue that drives you to explore more of the shattered planet.

Solstice Chronicles: MIA likely isn’t one of the most accurate Mars-based game, but it is fun to look at them. The aliens move in a satisfyingly creepy way. The world around you is dark and twisted, combining the uncanny flora and fauna of an alien planet with remnants of a very human base. 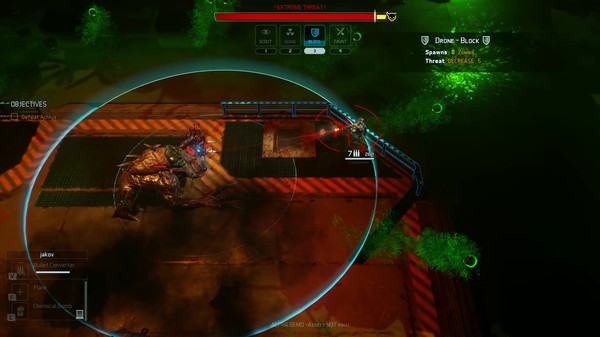 It is really easy to get into Solstice Chronicles: MIA and to get a feel for how you want to approach the game. It is decently challenging, with plenty of different options of playing through that make it worth going over a few times to get the most out of it.

A solid top-down shooter, Solstice Chronicles: MIA is very easy to pick up and has enough versatility to keep you coming back to explore its different options even after you’ve made it home to safety.