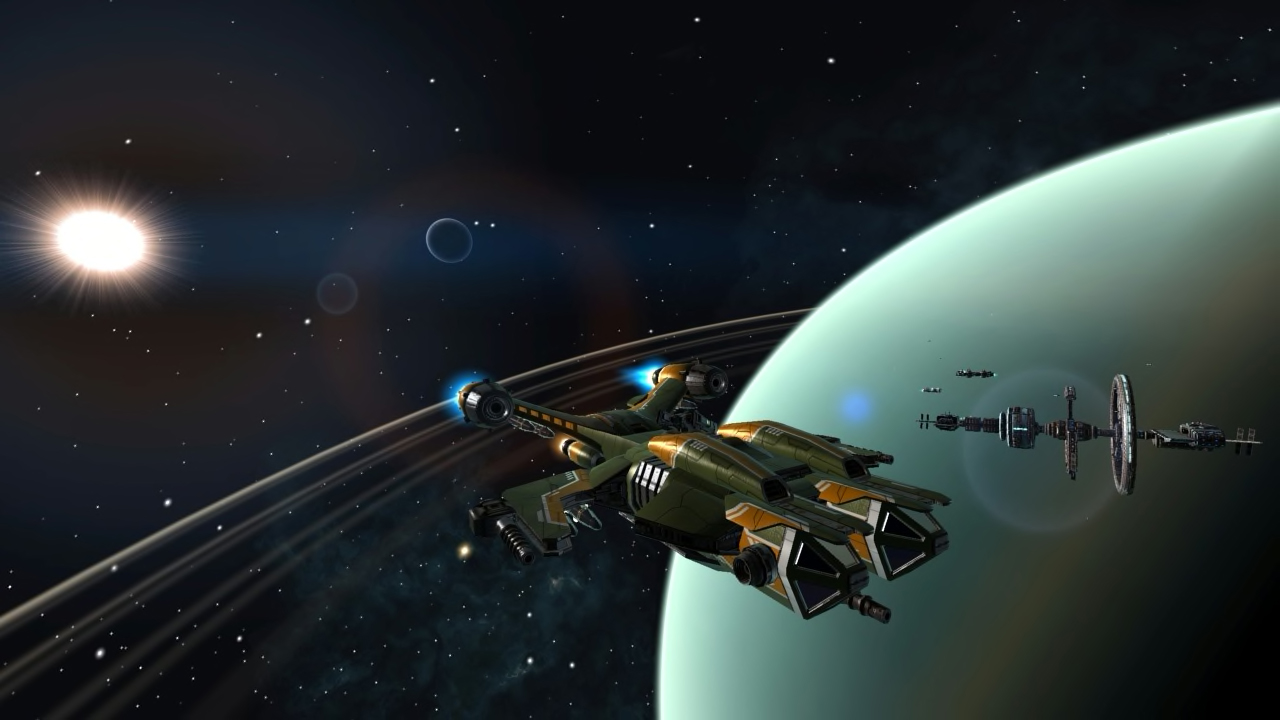 When I got word the next title in the review queue was Space Commander: War and Trade, I was optimistic. After playing this space-sim action/RPG for a while, however, that optimism turned to…meh.

On the up-side, the audio and visual aspects of the game are well done. There are good sound effects and dialogue. The background music is just an ambient sound wash which is neither distracting nor annoying. The visual elements are well designed and rendered with plenty of style, especially with the ships. 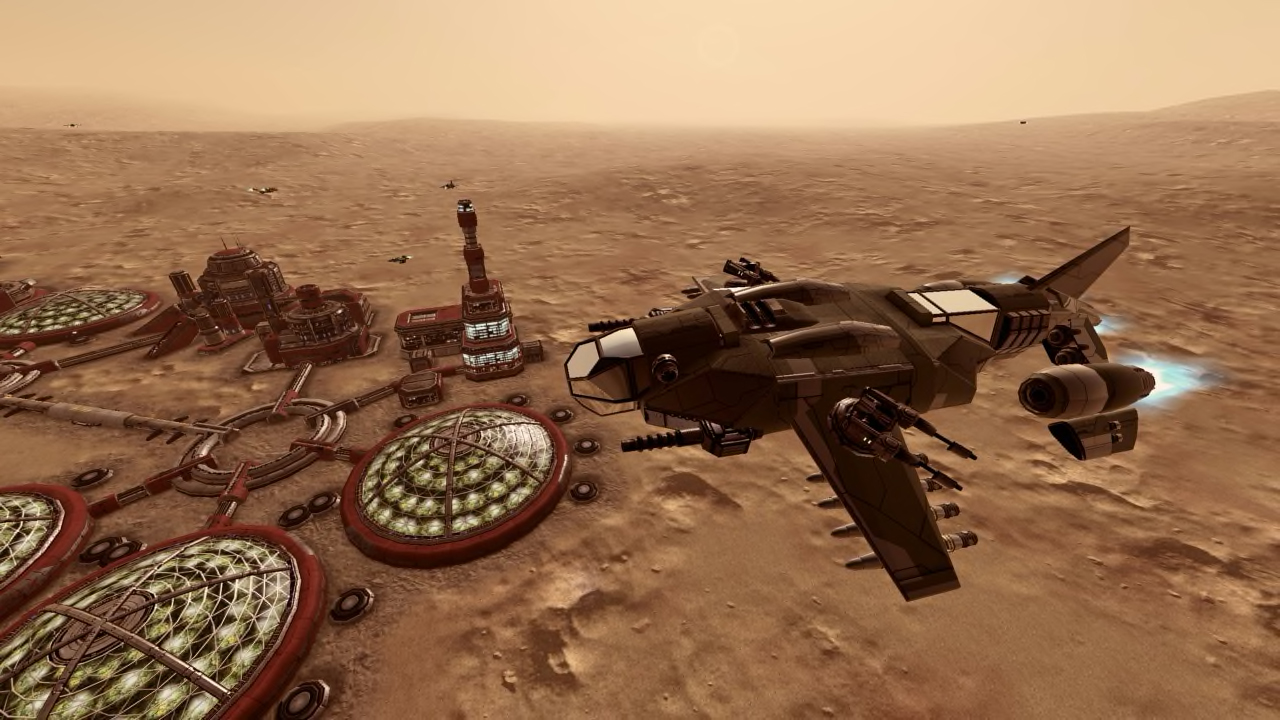 Where I started to get a bit disappointed is the way the game handles. Space Commander: War and Trade, like many others, is one where you have to start small and work your way up. There are ship upgrades to be purchased so you can do more stuff, make more money, buy more upgrades, and so on. One unusual feature is you can have more than one ship at a time. From a traditional space adventure standpoint, it seems odd that you can have more than one ship and toggle between them in mid-flight. At first, it didn’t make much sense, but when the paradigm shifts you realize you aren’t just flying a ship, you are the captain of your own little squadron of ships. As you actively pilot ship A, ships B, C, etc. are considered to be flying in formation with you. While this is actually pretty cool, it takes a while to get ships which are fast enough, agile enough, and well-armed enough to be real fun.

The controls for flying around are fairly simple: left Joy-Con for direction and right Joy-Con (press) for a speed boost. The game lets you use L to lock on to an enemy target, but only within a certain range. Once you do lock on, your ship will stick to the target tightly while you use the ZR to fire your primary weapon. You might think such a strong target lock is cheating, but at the beginning it is really necessary to even hit targets because your ship is otherwise too sluggish; the controls and combinations needed to do things can sometimes be a bit clumsy with the Switch controls. The only movement control you can customize is inverting the Y axis for flight control; the rest of the controls stay where they are. 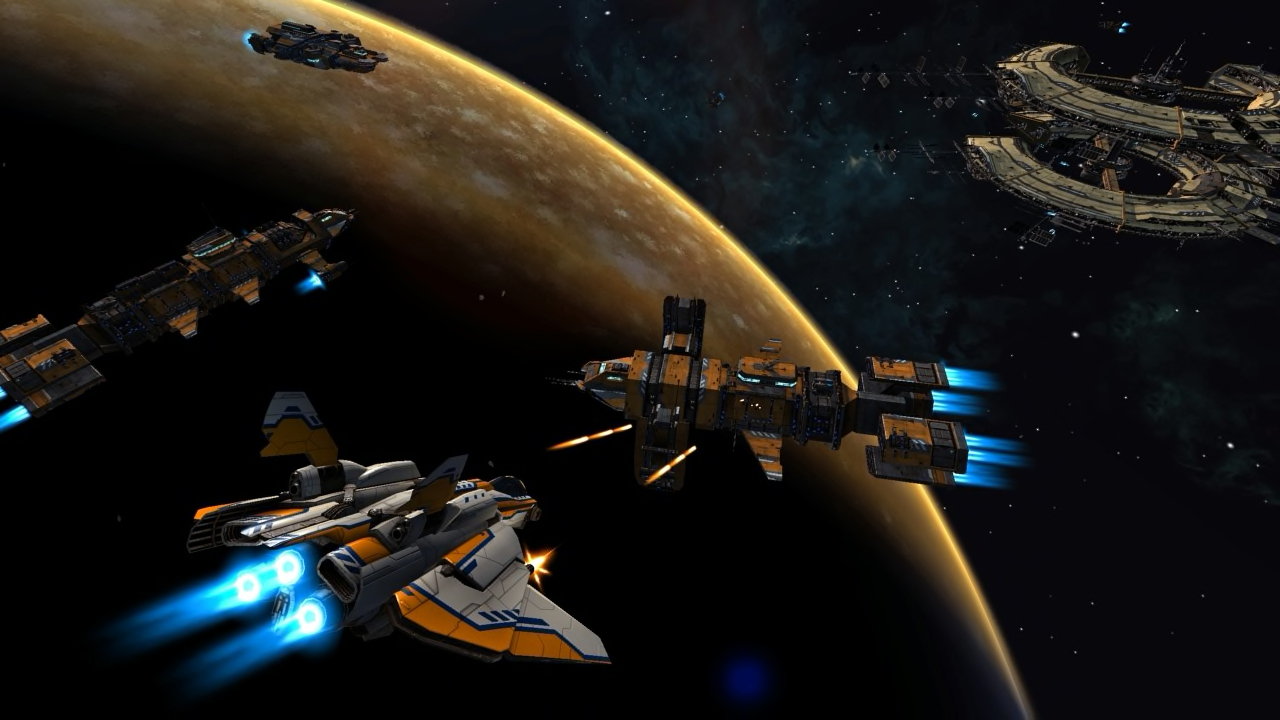 For exploring the galaxy and getting to and from your assignments, there is a map behind the X button. Unfortunately, when you take an assignment and the game tells you to go to “xyz,” the map is not always very helpful in identifying where you need or want to go. Some destinations will provide a dotted line for you, others will leave you moving around the map, pressing the A button to identify each location to see if it’s your destination. This process feels like it would work better with a mouse and keyboard setup; when playing on the console screen, the touchpad is not an option.

Lastly, the trading aspect is a bit unwieldy. Given the game’s title, I expected to be doing some cargo hauling and trading to make some in-game coin. Expect to do a lot of this. The costs of fuel, repairs, upgrades, new ships, etc. is so high that it really starts to suck the fun out of the game. Slow progress is fine, but when the game starts recommending upgrades you’re not close to obtaining—let alone not being in a place where can do it—it gets a bit annoying. 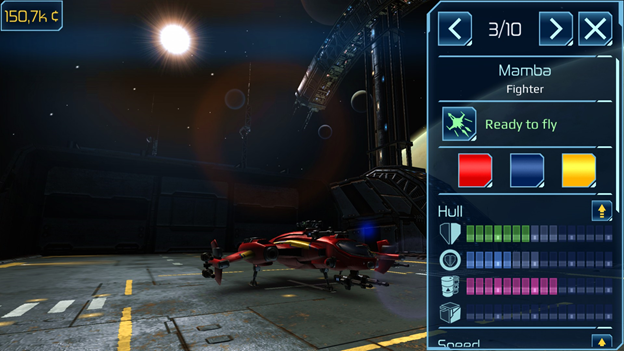 The flight control isn’t as wide open as you might expect, but the controls are smooth and the imagery is good. There are plenty of upgrades and options so you can build your squadron and run it your way. There is a semblance of realism injected in the game mechanics—like needing time for your weapons to cool off/recharge, your ship will take damage if you run into something solid, etc.—so good on the developers for keeping you on your toes. The smaller ships may start to get a bit easy to kill, but the big capital ships can be a real challenge. The economy is almost realistic, albeit rather harsh. You get the option to be either painfully law abiding or a bit of a scoundrel (just tip the barkeep after you shoot first…). 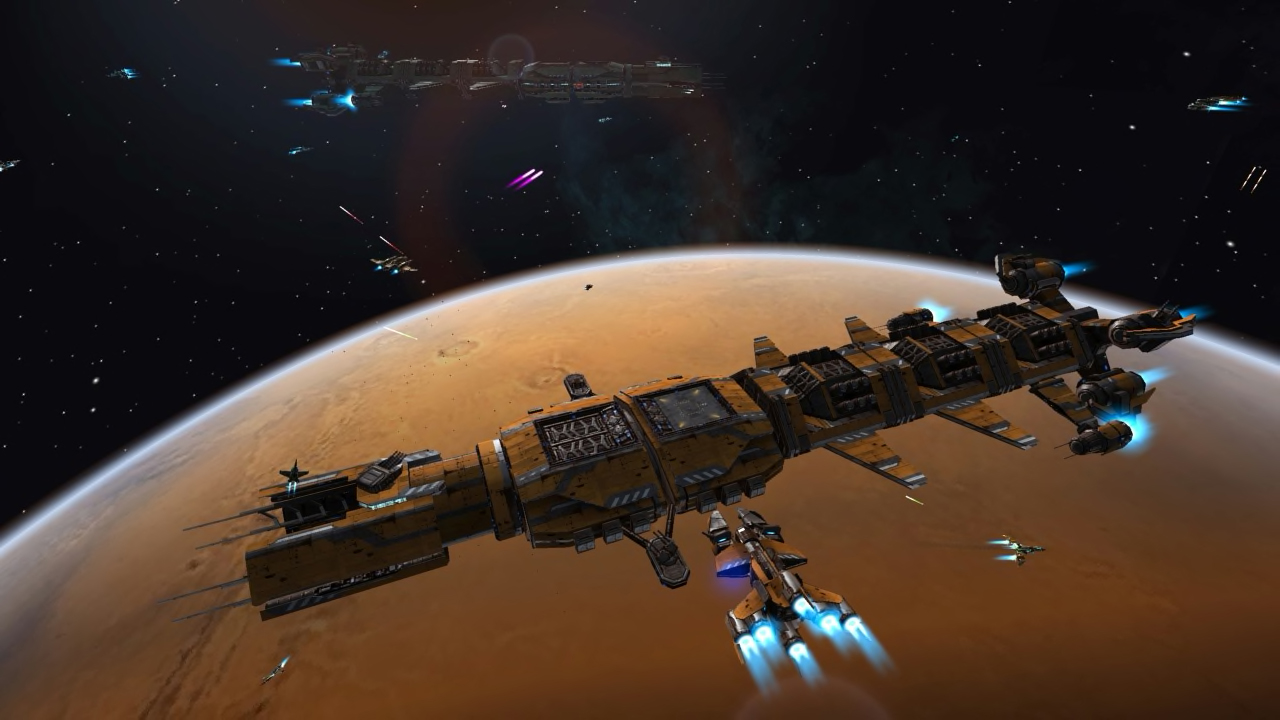 All of this considered, Space Commander: War and Trade is not a bad game, it just isn’t as good as it could be, and would likely be better enjoyed on a PC.

Space Commander: War and Trade can be enjoyable for genre enthusiasts and people who really like some commerce mixed into their space-sim adventures. For the more action-oriented player, however, this one can become a bit of a grind. Good effort, but not what I would call a must-have game.