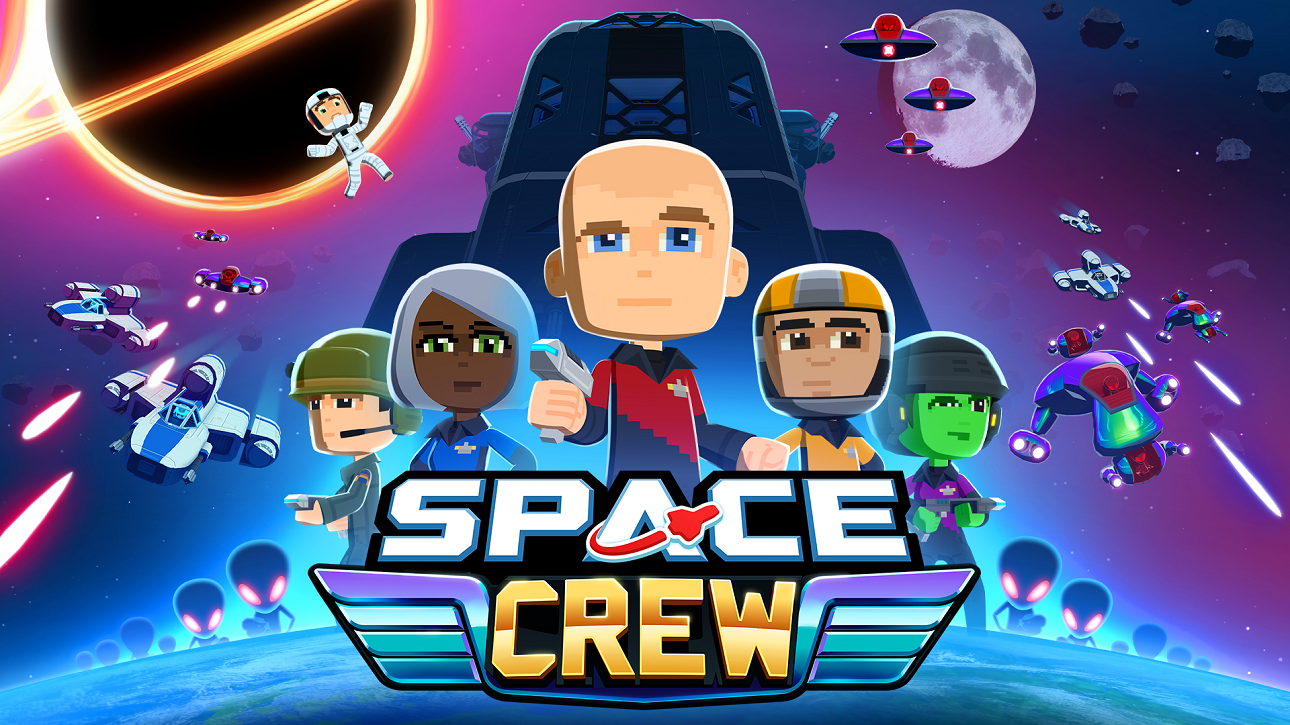 Do you have the right stuff?

Space Crew is a fun and medium paced simulation where you guide six crewmen in their quest to save the solar system from the evil Phasma. The title takes sim and RPG elements and blends them into a fun and challenging experience.

Captains log, Stardate 3516: It was my task to guide my galant crew through various missions, some slow and some easy like cargo transport, to heroic life-risking rescue missions. Through each endeavor, my lackluster bunch of cadets turned into rugged nail-biting space-faring veterans.

Experience is the best teacher, and that remains true here. Your crew accrue experience during each mission and eventually level up. They gain a new relevant skill to assist you through the wilds of space life every few levels. However, with experience, there are failures and victories; you can and will lose crewmen in combat or environmental hazards.

Like in a real-life situation, you have to make split-second decisions that can make or break a mission. Should I just focus on surviving or go out guns blazing? These decisions affect the crew on a grand scale. If a crew member is downed and medical attention can’t be given in a set amount of time, he dies and is lost forever. Sometimes everybody wears a red shirt! The only thing left to do afterward is to recruit new crewmen.

As you progress in Space Crew, you earn money and research points, allowing you to upgrade your ship, buy onboard equipment such as space suits, weapons, and medkits. You also develop new gear for your crew like hand weapons and tools, armor, radiation suits, etc.

The struggle is real! Space crew’s drawbacks show up early in the game as difficulty ramps up quickly, forcing you to grind a lot on low-risk missions for money, XP, and research points. With the quick ramping difficulty comes major frustration. If you lose a ship and crew, you start from scratch but at the same difficulty, making it almost impossible to continue sometimes without starting over.

There are ways to save the crew. You can purchase escape pods. However, you have to purchase one for each crew member, and it’s a one and done deal. Meaning if you have to abandon ship, you will need to purchase new pods, and they’re not cheap. This is made more irritating because you keep weapons and gear you had but need to replace armor and pods on a new ship! I don’t understand why it was done like that. There are way too many other details and ship mechanics to list, adding a real sense of involvement in the role of playing captain. I like the details.

You will learn to use every trick your crew can perform to survive, or you will die over and over and over again as I did. Even with no room for error, I still found Space Crew fun, making me want to beat its missions just to spite it. Take away the simple nonexistent storyline, and you’re left with a challenging and reasonably enjoyable space SIM. You’ll either love it or hate it. So ask yourself, do you have the right stuff?

You will learn to use every trick your crew can perform to survive, or you will die over and over and over again as I did. Even with no room for error, I still found Space Crew fun, making me want to beat its missions just to spite it.