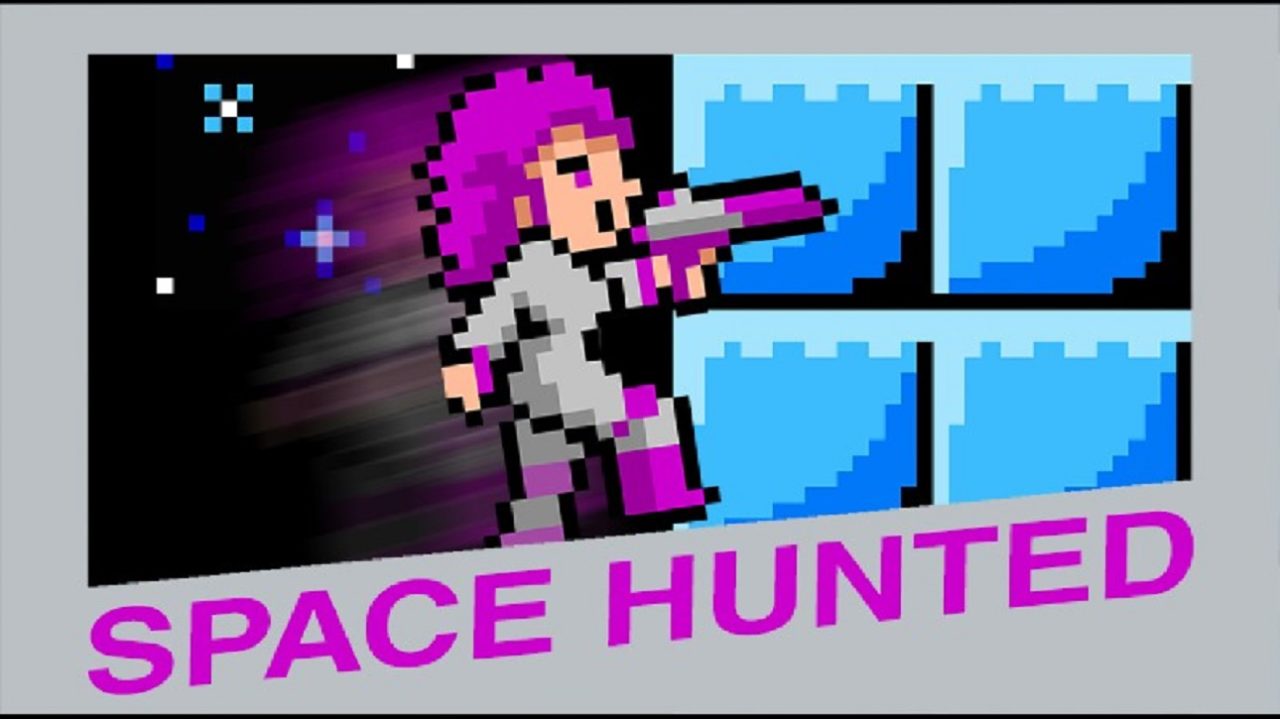 Do you have $2.99 in eShop funds? If so, you might consider picking up Space Hunted. Ultra Dolphin Revolution has released this wallet friendly, challenging game on the Wii U. It does have its share of issues, but ultimately not enough to prevent a mild recommendation. Read on to learn more.

You play the role of Samus… I mean Jade. She’s an intergalactic bounty hunter… I mean treasure hunter. This game draws a lot of inspiration from Metroid on the NES, though it’s comprised of short levels rather than a sprawling adventure. Still, with 100-plus, determined players will be kept busy.

Stranded on an alien planet, you must defend yourself against enemies while collecting stars. The enemy variety is quite small (too small really) but this isn’t a straight action game. Platforming skills are needed, often with careful timing. While the actual in-game timer feels unnecessary, you do need to plan your falls and jumps to avoid defeat.

It’s one and done with hits, so defeat will happen quite often. The helmet icon can grant you an extra hit, when available, and thankfully continues are unlimited. At times Jade has access to a blaster, which looks just like the NES Zapper. It’s cool, but pretty weak, so be careful with it.

Some of the level design can feel a bit haphazard and random, with a layout that causes difficulty spikes. It’ll make you appreciate when subsequent levels take things down a notch. The NES nods extend to the challenge, especially later on.

Going back to try and collect all stars adds a different, optional challenge. I enjoy it, but replaying levels can be clunky. There’s no easy way to return to the menu to select levels upon completion. Given that the levels for which you want to replay can be random, testing should’ve caught this and made it quicker for the player.

This game is best played a few levels at a time. Play for too long and the lack of enemy variety might start to bug you. You might also start longing for more aesthetic diversity. Even some of the levels themselves can feel quite similar, with adjustments that aren’t enough to shake that feeling of déjà vu.

Space Hunted really channels the NES, which I appreciate. For just $2.99, go ahead and take the plunge. Ultra Dolphin Revolution has packed a lot of challenging levels here for a low price. Just take it a little at a time.