For some reason when starting this review, I think of a line found in the movie Mad Max: Fury Road. As the film’s villain tries to catch the heroes, one of his “loyal subjects” genuinely tries to kill the heroes but fails badly before he ever reaches them. The villain then shouts out “Mediocre!” and abandons this “loyal subject.” You might ask why I bring this up for a review on a game about a dog going to space? Well, much like that scene in the movie, there’s a genuine effort to achieve a goal that ultimately fails before it ever truly starts. And like that movie villain, there was even a point when playing this game that I did say out loud ‘mediocre.’ It sadly, perfectly describes my experience with Space Tail: Every Journey Leads Home. It’s not a bad game, nor is it a good game. It’s just painfully mediocre. 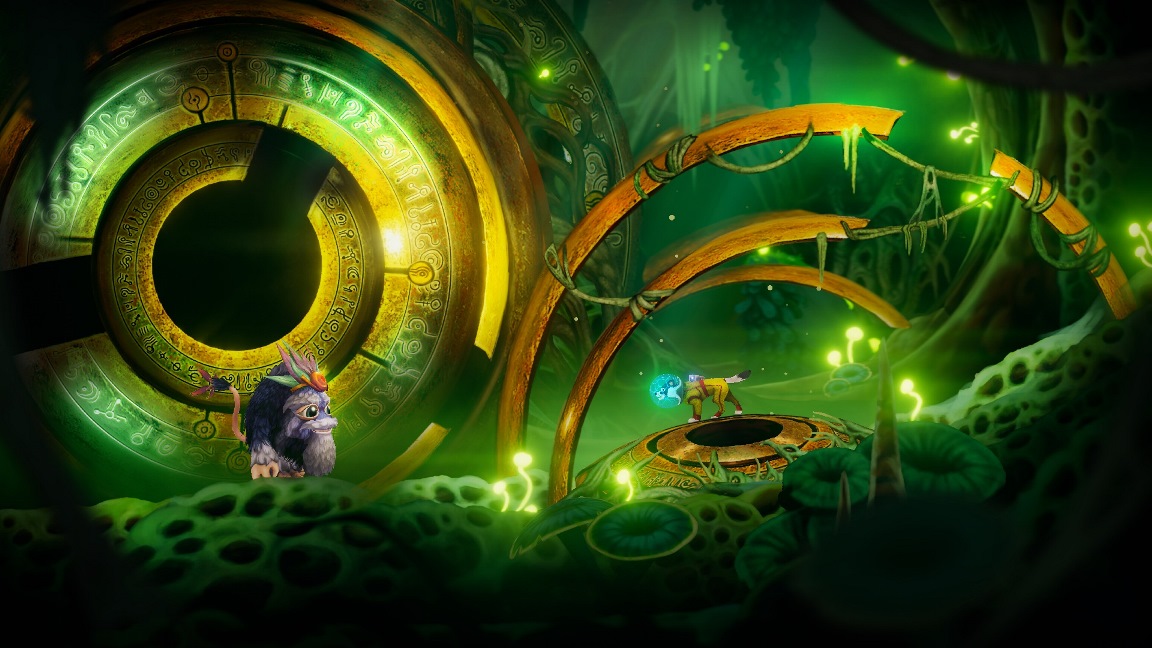 Space Tail: Every Journey Leads Home (Space Tail from here on out) starts off strongly by telling the story of a dog named Bea, a lonely dog that one day gets adopted. However, her new owner eventually trains Bea to go to space. You clearly see in the game a sense of heartbreak by the dog. It was adopted out of loneliness, only to once again be put back into loneliness. The entire game presents this interesting perspective through the eyes of a dog going to space. It’s a unique premise and one that genuinely starts strong and makes you curious where it will go throughout your adventure. Ultimately, the narrative doesn’t go too far beyond the simple premise but it occasionally reminds you of an interesting premise the narrative could follow.

There’s also the interesting art style found in Space Tail. It’s quite an amazing game to look at, with its choice in art direction, and really makes the entire world stand out. This goes for characters, aliens, and the environments you will face throughout your adventure. It’s a genuinely impressive art choice, for instance, choosing to show humans as simple silhouettes. The rest of the game features eye-popping colors and impressively designed environments. Something that is truly hard to describe with words, but I encourage you to take a look at the screenshots included to understand what I mean.

Unfortunately, that’s about where the praise for Space Tail ends. Space Tail falls into the worst category a game could possibly fall into: forgettably mediocre. While it starts out strongly with its story, almost every other aspect of Space Tail just doesn’t work and leaves you feeling like the whole experience was a drag. Take its gameplay for instance. You play as a dog, which means that your gameplay mechanics center around things a dog can do. Hearing, seeing, and a great sense of smell are your gameplay mechanics. Sadly, while these gameplay mechanics are used regularly, you often forget about using them as they aren’t great mechanics to begin with. Smelling your environments might lead you to discovering something quicker but ultimately you would still discover the same object without ever having used the smell mechanic. Same goes for the hearing and seeing mechanics.

Or take another major mechanic of the game, which is to communicate with the aliens. Bea is not a combative dog, which means a lot of your actions with aliens in this game involve you doing passive actions. To communicate with aliens, you must choose from a wheel of actions that allows you to bark, jump, wag your tail, etc. The problem with this mechanic is it is absolutely terrible and completely random. Each alien requires a certain reaction to get in their favor, figuring out which action that is is completely random. Basically choose an option on the action wheel and if that doesn’t work, just try the next six. There’s very little logic behind why that reaction works and the same reaction doesn’t work on the next alien. It’s a much more annoying mechanic the longer you play the game. Considering that this game is quite a few hours long, this annoyance will grow the more you continue the adventure.

Finally, there’s platforming. Ultimately Space Tail is a platforming game and that is your main way of getting around. You can jump, crawl, bark, and squeeze your way through tight places. The issue is that the jumping feels incredibly janky and imprecise. Those are literally the two things you don’t want in a game that focuses its gameplay on platforming. Every jump feels very floaty and, while there weren’t a lot of precision platforming sections, the sections that required precision laughably didn’t work. Making it through those sections was more a matter of luck than actual ability to platform. It’s a fundamentally broken mechanic, and while you are able to get through the game, it takes away a major part of your fun when you’re fighting with the controls. 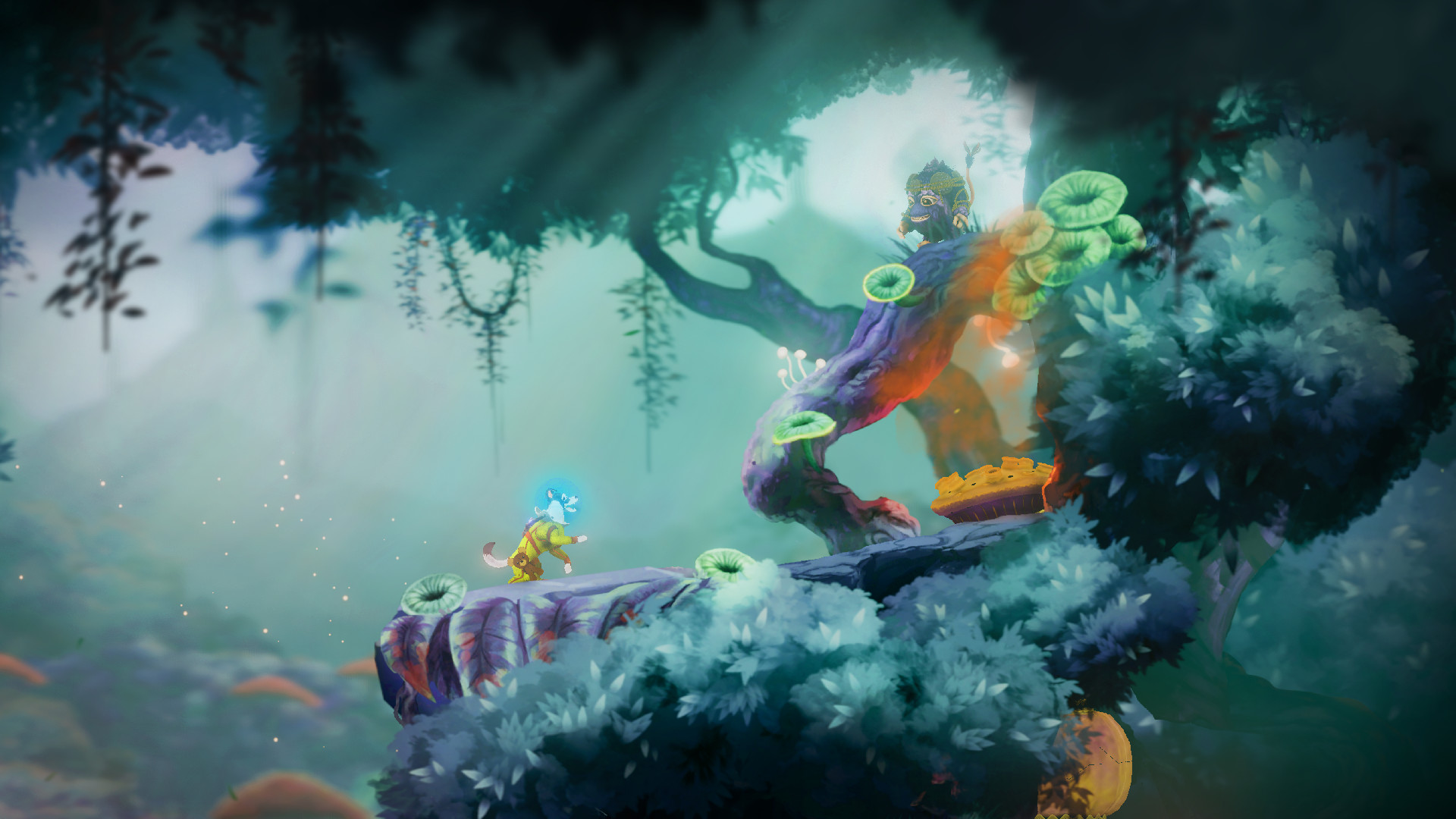 In the end, Space Tail comes across as an forgettably mediocre game. While its art direction and strong story start seem to lead to a potential great adventure, the game mechanics you use are fundamentally broken or just boring. This makes the entire experience feel dragged out and not fun. It’s a game that I played for this review and ultimately will never go back to. While it is by no means a bad game, Space Tail is a game I can’t recommend for people. There are plenty of better games on Nintendo Switch for you to check out.

Space Tail comes across as an forgettably mediocre game. While its art direction and strong story start seem to lead to a potential great adventure, the game mechanics you use are fundamentally broken or just boring. This makes the entire experience feel dragged out and not fun. It’s a game that I played for this review and ultimately will never go back to. While it is by no means a bad game, Space Tail is a game I can’t recommend for people. There are plenty of better games on Nintendo Switch for you to check out.