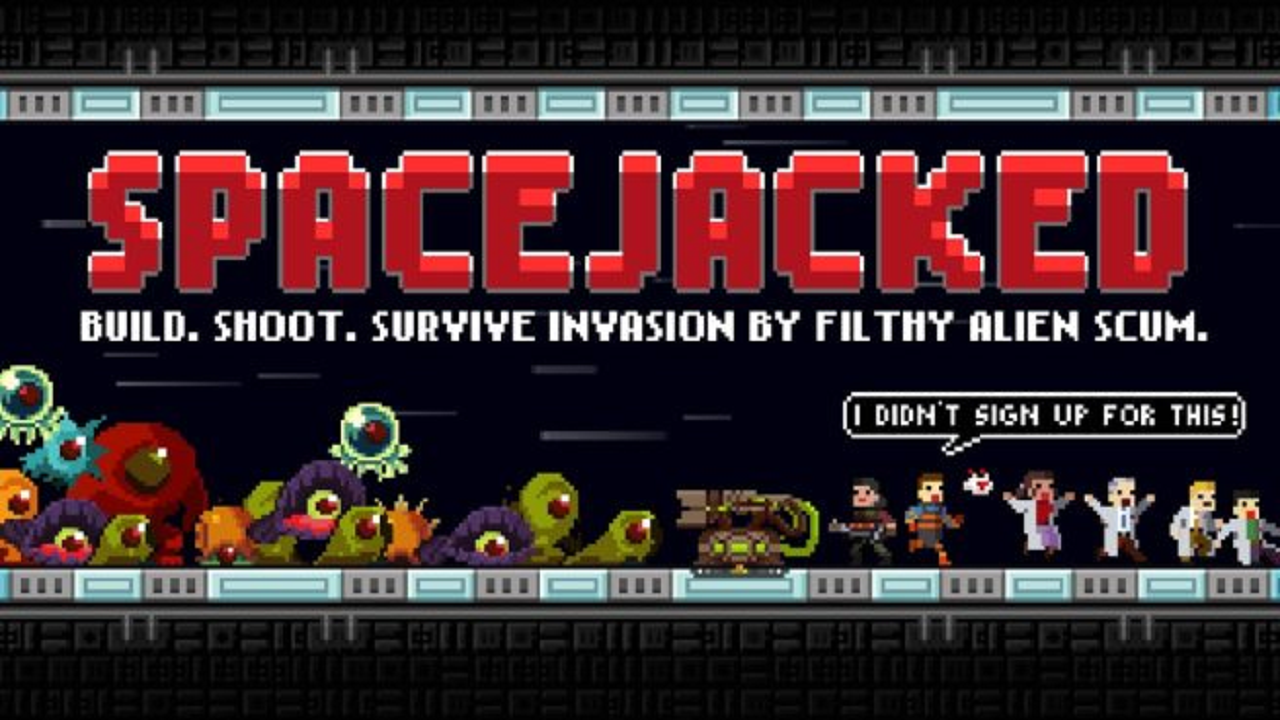 At this point, in this economy, many people in the workforce are familiar with being hired to do one task, only to see their responsibilities balloon into many, usually without more pay. On the bright side, none of us earthling workers ever had to deal with aliens. 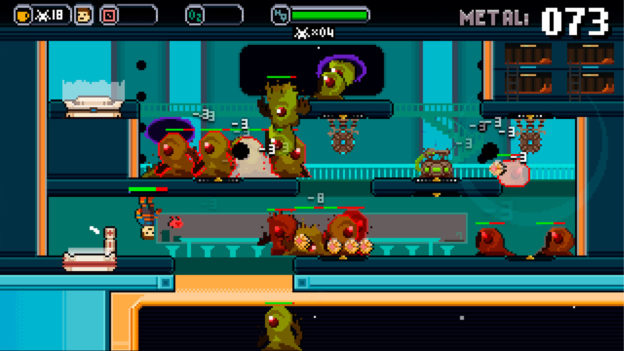 The same can’t be said for Dave Poprovosky, a jack of all trades hurling through the galaxy on a spaceship, the setting for tower defense arcade game Spacejacked. Dave isn’t the only one on the ship, but he’s the only line of defense against aliens who are teleporting directly onto the ship.

Like many tower defense games, the object is to strategically build different turrets across the ship. Spacejacked uses the tagline “Build. Shoot. Survive,” and it’s apt.

Build: Dave can choose from three types of defenses to build. One is a simple turret, one a stasis module that stops aliens in their tracks, and a powerful, but slow laser. Each of these costs metal, which can only be gained by dismantling older defenses or slaying aliens. If one breaks down, it can be scrapped for extra metal, or if you’re willing to make the investment, upgraded twice to become even more effective.

As the game begins, just about any formation of defenses will get the job done. But as different aliens with different abilities start invading, getting the job done will take a bit more planning. For example, shielded aliens can take quite a bit of turret fire and survive, but are far more vulnerable to laser blasts.

Shoot: Dave also has a handgun that can assist in destroying the aliens, but this is a slow and oftentimes dangerous task. As you progress, you can invest metal in upgrading your puny pistol. There’s even a 2D space shooter game that smacks of asteroids to break up the high-octane monotony. While Dave cannot jump, he can harness anti-gravity to flip onto ceilings, which is quite handy because aliens aren’t picky when it comes to surfaces. 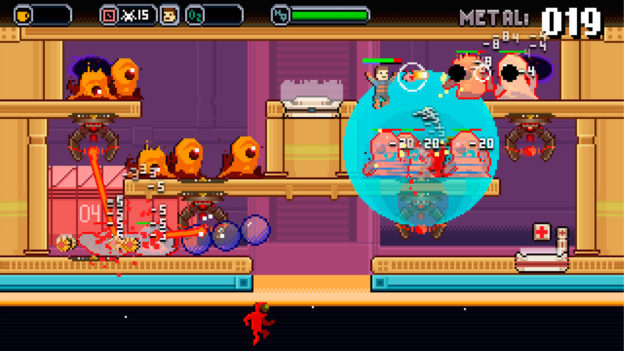 Survive: Because there are two different difficulty settings, the game is as challenging as you want it to be. Planner mode offers more time to set up defenses in between waves of aliens. The appropriately named Badass mode isn’t nearly as forgiving. Your time in between waves goes by in a flash, forcing you to really think on your feet.

Despite its simplicity and low-fi presentation, developer Rotten Mage packed quite a bit of personality into the game, from the setting to the endless aliens, and of course, plucky old Dave.

Spacejacked turns the tower defense genre upside down and also manages to toss quite a bit of challenge into the mix. If you’re looking to get your butt kicked a few times, Spacejacked is for you.