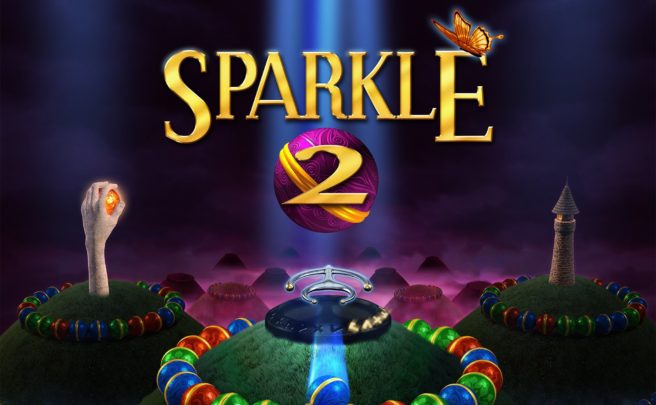 Sparkle 2 is a deceptive little title. At its core, it’s a match-three puzzle game, but the quick and fluid action took me by surprise. There’s a story that adds some depth but it’s really the addictive gameplay that speaks for itself. Let’s take a closer look at what makes this game tick.

Unlike most match-three puzzles, Sparkle 2 doesn’t involve falling blocks or grids of bright stones. Instead, lines of colored marbles – called orbs – are sent your way. You’ll have to work fast to reduce them down to zero by making matches of three or more. If they reach the end of the line, it’s game over. This simple gameplay is fast and fluid, as stream after stream of orbs come at you. You control a slingshot-type ‘weapon’ from which you fire orbs to make a match. You can see your next three orbs, and these can be switched if you need another color more urgently. If you remember the DS game Magnetica, it works in a similar way. 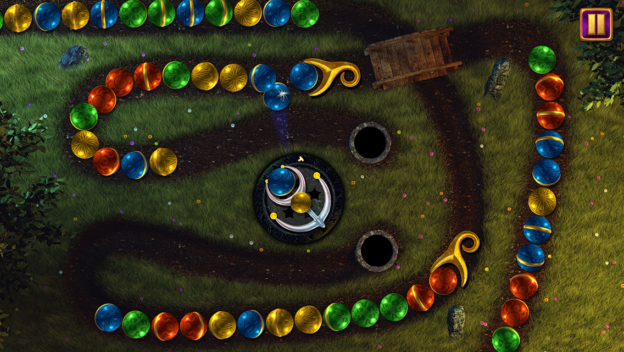 The controls are spot on, making Sparkle 2 easy to learn. There are several ways to play, like using the control stick to control your slingshot, the L, R, B or Y buttons to swap orbs, and A or the touch screen to shoot. I really appreciate when developers make use of the touch screen effectively, and this one nails it. My preferred setting (in handheld mode) is to use my right hand to shoot orbs on the touch screen, with my left hand poised over the L button to swap them when necessary. The control stick works fine if preferred – or when docked – but the touch screen is much more accurate, in my opinion. This is definitely a game meant to be played on the go.

The simple concept is given more depth with the addition of extra enchantments you can use. These are unlocked as you progress through the story, and you can pick and choose which ones suit you. For example, some give you a special orb every so often, or create effects when certain colors are combined. They’re worth experimenting with until you find the perfect balance to help you through the game – this is particularly useful during tougher stages. 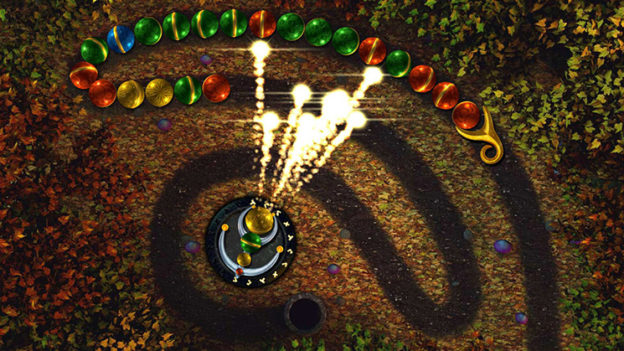 The main game in Sparkle 2 features 91 levels, which took me a little over four hours to complete. There are plenty of other features that breathe longevity into the title, such as stats and achievements. Plus there are extra modes to unlock along the way. In Survival mode, you earn stars for surviving as long as possible in never-ending levels. Challenge mode requires you to finish the same level three times, with increasing difficulty each time. And Cataclysm mode is more difficult, made up of longer levels. As if that wasn’t enough, once you finish the main game, you’ll also unlock two more difficulties, so you can do it all over again in Hard or Nightmare mode (side note – Nightmare is really tough!).

While playing, combos are imperative – every third match results in a special random orb appearing somewhere on your screen. Just hurl an orb at it and it’s yours to use. These specials include simple fire blasts, stronger ice blasts, or even the ‘flight of the butterflies’, which sends a swarm of butterflies to the end of the orb chain, eliminating one orb per butterfly. Very handy. Without these, the game would be much more difficult – maybe even impossible – and it adds a slightly tactical element. Should I use the orb now, or save it? And where should you aim it to maximise its effects? 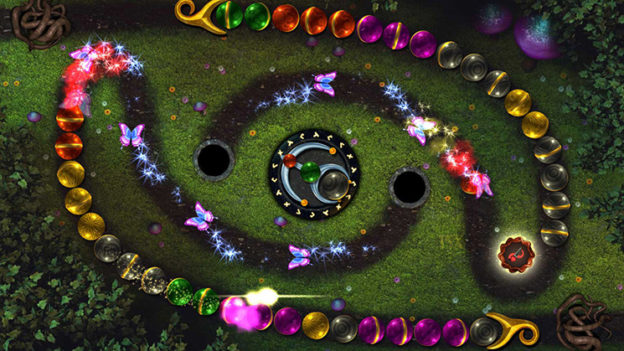 The graphics are good, particularly for this genre, with some surprisingly well-made cut-scenes that include lightning effects and voice overs. These scenes are kept brief – which keeps the momentum at full swing – but they piece together a journey to ensure your quest isn’t in vain. Importantly, the game looks great, with well-designed layouts and easy to use menus. The colors are vibrant, the map and menus are clear; everything is made with the user’s experience in mind, and this makes me happy. There’s even a color blind option if needed. 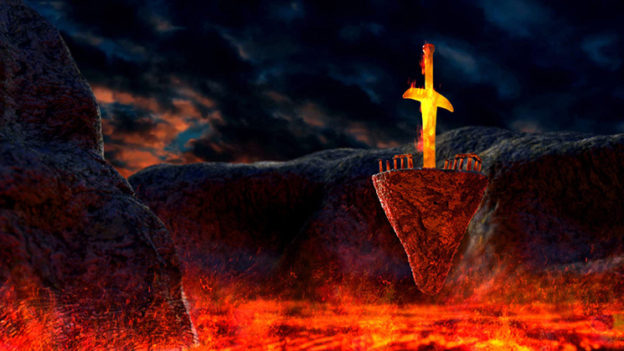 The background music is the weakest point of Sparkle 2; not that it’s bad, it’s just adequate when everything else is so well done. Some tunes become a little repetitive since only a handful are recycled every few levels. Generally, they serve their purpose as background music, without being a major distraction, and can even be dramatic at times – especially when the orbs are closing in on you. Some of the orchestral sounds actually remind me of a Harry Potter movie, for some reason.

Overall, I had a great time with Sparkle 2. There is some super-addictive, fast-paced gameplay at work here, and you’ll need quick reflexes to get through all the challenges ahead. If you’re a fan of match-three puzzle games, you should definitely consider giving this one a look.

Sparkle 2 is a fast-paced and addictive game that packs in a whole lot of extras to keep you coming back for more.