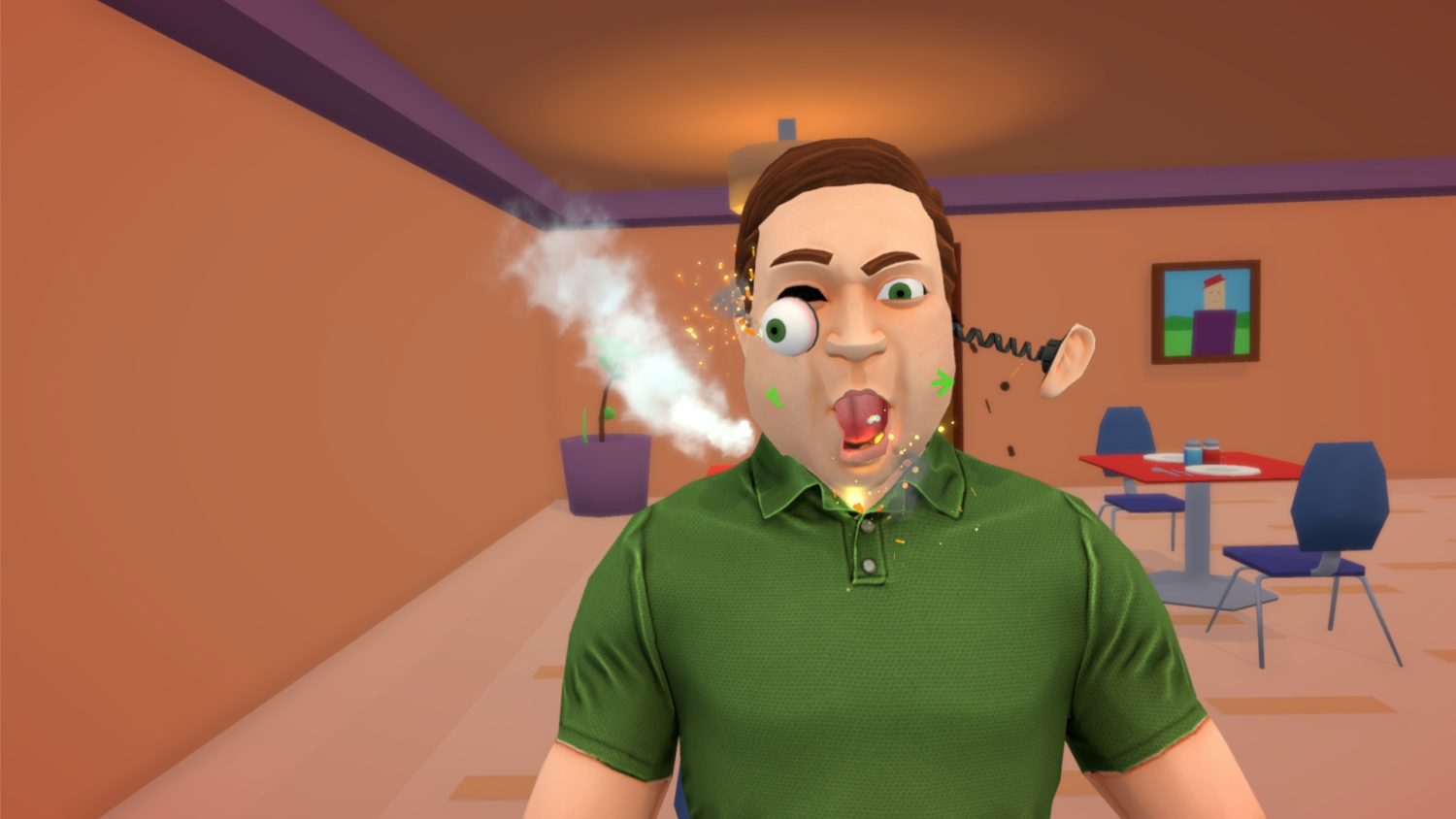 Speaking Simulator is based on a premise that isn’t that difficult in reality, but has been upped several notches in video-game format – and to a baffling degree. The game has you controlling a human-like robot and you are trying to invade a society of actual humans, but without revealing your true identity during your conversations. One can only imagine how difficult this must be, especially for introverts like myself…

The game begins with a tutorial to ease you into the janky controls and comedic dialogue, which is well-written. The tutorial starts with you creating your disturbing robot using the character-creation system that lacks any real depth. From there, you specify the “melanin” of your character, the hair color (there are only three options: black, brown, and blonde), and what “junk” they possess. For a game that relies so heavily on human interactions, it was an unfortunate turn of events to find out that the character-creation system was lacking. Furthermore, the art style makes each human look laughably unpleasant and superficial. After creating your human-like robot during the tutorial, the game will teach you how to pucker and stretch your lips; and despite how trivial that might seem, it will be useful knowledge. Then the tutorial will introduce you to the tongue camera, which is where the majority of the game’s difficulty stems from. 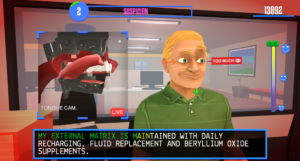 The tongue camera displays the inside of your mouth and allows you to manipulate the tongue in order to speak. Unlike a human mouth, though, there are buttons placed inside your mouth. Each conversation will require various manipulations of the tongue and jaw as well as the pressing of these buttons. The main problem with the tongue camera, however, is that the mouth is so small in relative comparison to the tongue; making it difficult to maneuver the tongue. 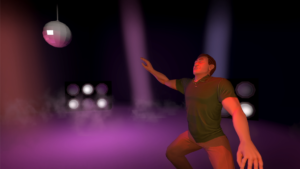 Once you’ve grasped the basics, you are ready to begin your first mission as a member of human society. This mission is oddly one of the most difficult life conquests too; you are sent on a date, which will almost surely become awkward. Dates aren’t the only situations you’ll be tasked with conversing in, though. You will have conversations in a diverse range of places, ranging from that awkward bathroom encounter, to office conversations and job interviews. There are a total of six venues at which you can converse (and some have multiple different situations). These venues include a government building, office, hospital, food dispensary, club, and a church.

Having a variety of locations isn’t Speaking Simulator’s only strength, either. The game features an upgrade system that increases the number of things you can manipulate during conversation. For example, you can learn to smile, and raise your eyebrows up and down. The numerous upgrades available to purchase help spruce up each gameplay session. However, don’t expect the same amount of upgradeability that an RPG might present. Nonetheless, it was still a welcomed addition. 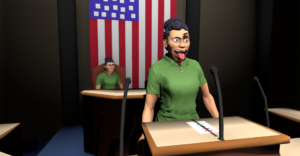 Performance-wise, the only issues are the ones where your mission has failed and your robot cedes performing further human interactions. The game runs steadily, with no noticeable dips in frame rate.

You will fail a mission after several botched attempts at conversing and when the other person becomes suspicious of your intentions. When you are getting close to failing a mission, the robot will suffer an extreme meltdown, and perhaps even lose an ear or two. The various facial explosions upon failure add some replayability – but purposely losing is an awful incentive to replay the game. 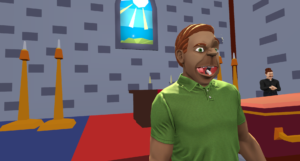 Speaking Simulator does a great job at providing comedic dialogue and a diverse selection of situations that need conversing, but overall the game falls short. The upgrade system was a welcomed addition but didn’t change my perception after finishing the game. If you are willing to accept the fact that you will likely only get a few hours of enjoyment out of this title, then this is something to consider for those looking for comedic fun.

Speaking Simulator does a great job at providing comedic dialogue and a diverse selection of situations that need conversing, but overall the game falls short. The upgrade system was a welcomed addition but didn’t change my perception after finishing the game. If you are willing to accept the fact that you will likely only get a few hours of enjoyment out of this title, then this is something to consider for those looking for comedic fun.