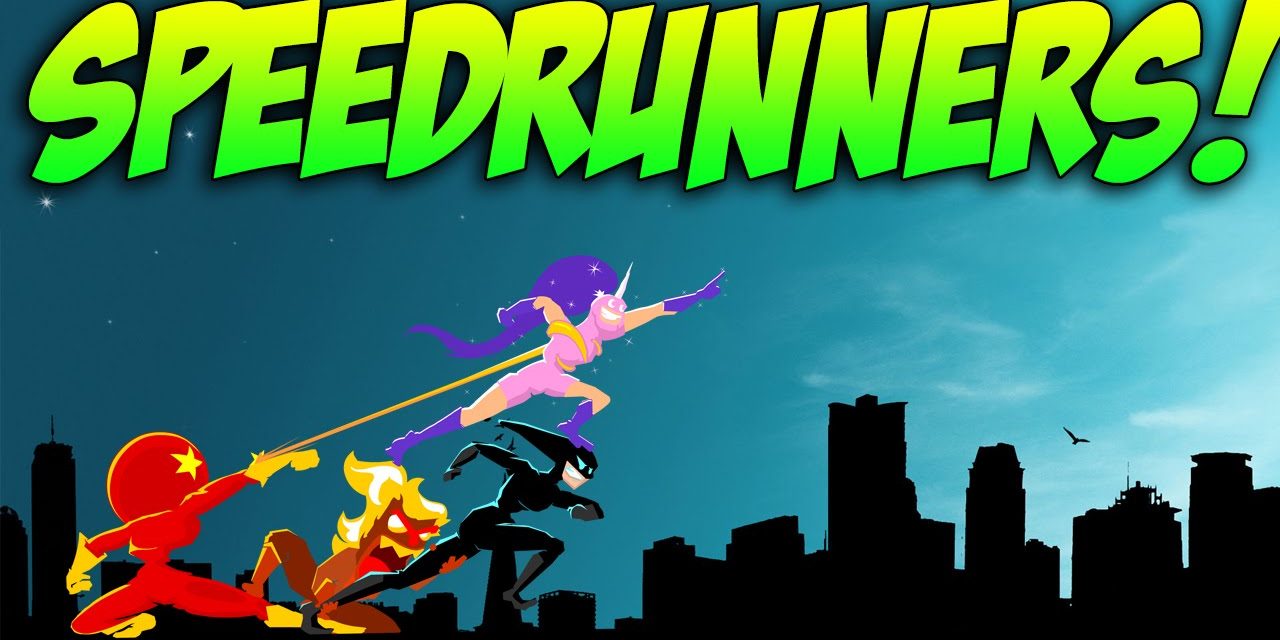 Speedrunners is a multiplayer, party, platforming racing game. Having previously played the Steam release, my views of Speedrunners weren’t the best. When I first played it, I couldn’t get into it; though, to be fair, I didn’t spend too much time with it. That being said, is the Switch release worth racing to?

In Speedrunners you play as a superhero in a town where there are so many superheroes it becomes a competition just to get to the crime. Players race through stages trying to eliminate their opponents. To do so they must be the fastest player on the screen. In story mode, players control Speedrunner, as jump, slide, swing, and speed-burst your way to victory. If getting ahead by running alone proves troublesome, you can try using bombs, grappling hooks, boxes, and other weapons to help beat your fellow heroes. As you complete stages you earn experience which is used in unlocking new characters, stages, and weapons. A mini-comic is also unlocked. The mini-comic adds a small amount of backstory to the characters. 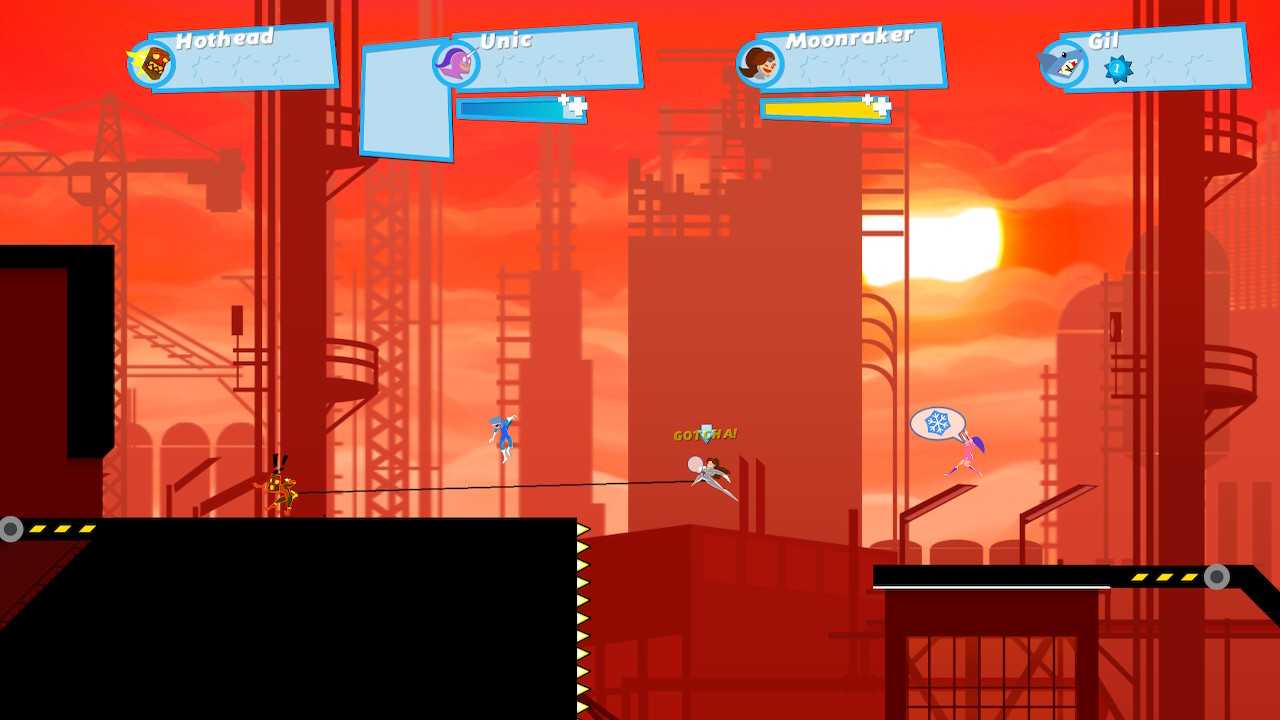 Although the story mode is fairly solid, the real fun is local versus play. Up to four players can compete at a time. Versus mode is the ideal way to play as it will have you shouting naughty words at family and friends. While Speedrunners offers online play, being able to see your opponent’s reactions as you win or lose is much more fun. Local play allows players to play as teams if wanted. There is also an option to add a tail to your character however, unfortunately, all fourteen are locked behind a paywall of DLC.

As stages are unlocked, the difficulty level gradually increases, making things a bit more challenging. Eventually, you’ll remember where obstacles are going to start, which lessens the challenge.

One notable absence is a level editor. Only time will tell if it makes a return in a later version of the game. 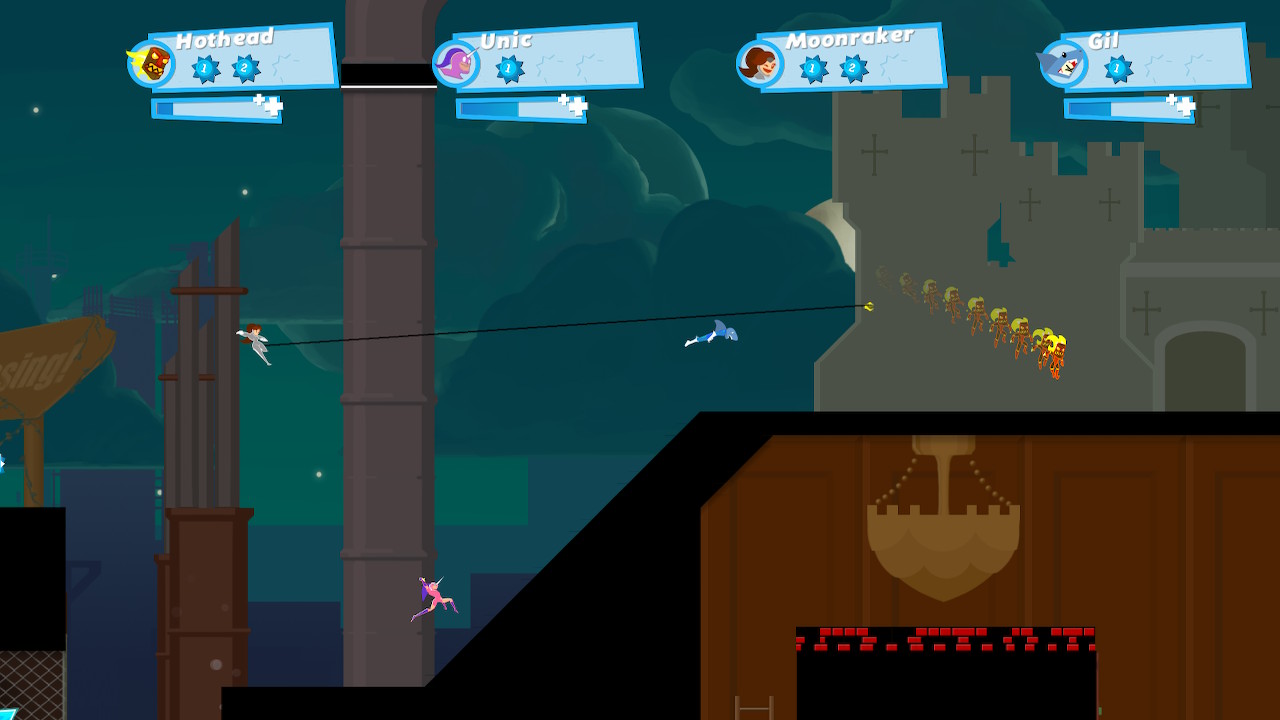 As mentioned, there are some unlockables in the game, but if you want further characters than the handful available through gameplay, you are going to have to pay. DLC packs are $2.99 each and contain four or five new characters. There is also a Deluxe Edition that sells at $26.99. The Deluxe Edition includes all five packs of the DLC. 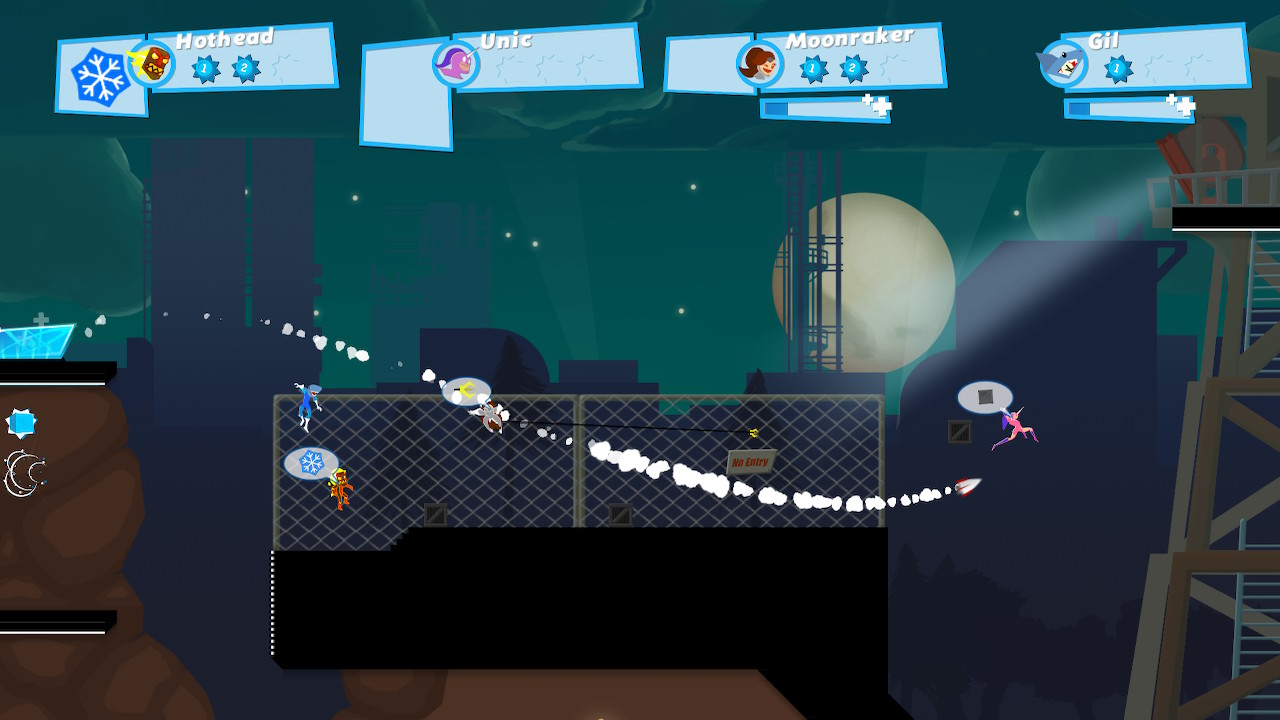 The music reminds me of the 1966 Batman Show. As old of a reference as that may seem, it’s the best way to describe it. For those unfamiliar, think surf rock mixed with a spy theme. The music fits the vibe of the fun-but-not-so-serious tone of the game.

My time spent with Speedrunners on the Switch was more than enough to change my mind from my previous impression. Overall, it’s a solid game for single players, but local co-op is a blast and should be welcome at any gaming party.