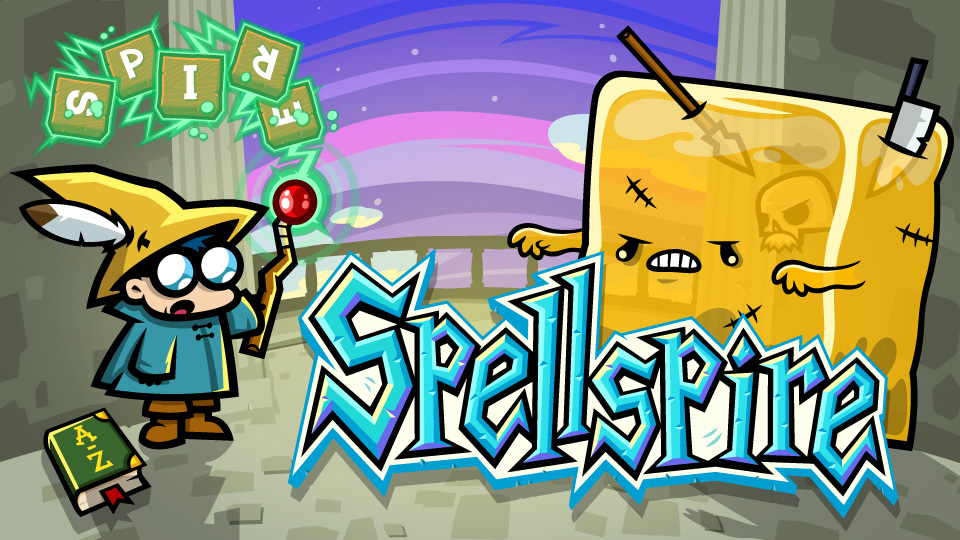 Spellspire is a puzzle, role-playing game where you create words from a series of letters. Sounds pretty simple, but there’s a lot more to it than that. Take on the role of a cute little wizard and make your way up a daunting 100 story tower, filled with evil creatures that grow stronger the higher you climb. In Spellspire knowledge is power so as long as you’re good at word scrambles you should be just fine. The longer your word is the stronger your attack will be. It’s a really fun concept and it keeps the game challenging. But is Spellspire worth you’re time during this busy holiday season? Let’s find out. 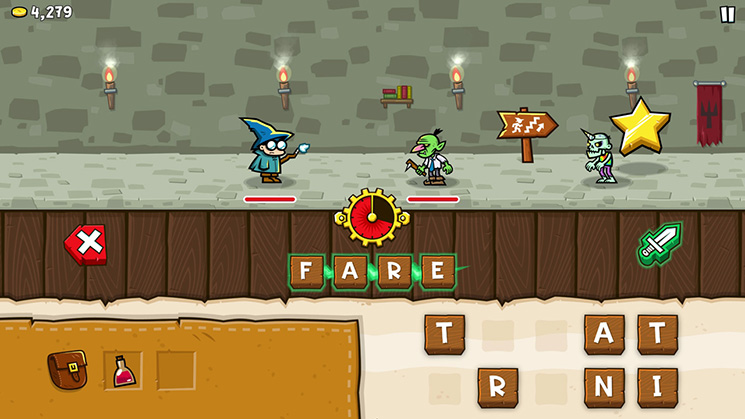 Like I said before, you kind of have to be a fan of word puzzles to fully enjoy a game like this. But it can also be a good learning experience and good motivation for a younger person learning to read or spell. Especially since the difficulty progression is done so well, and you have the ability to upgrade equipment, health and attack power. The beginning levels are pretty easy and the game does a good job of quickly going over what you need to know. While playing you can either use the touch screen to tap on the letters, or you can use a controller and select letters with the joystick\D-pad. 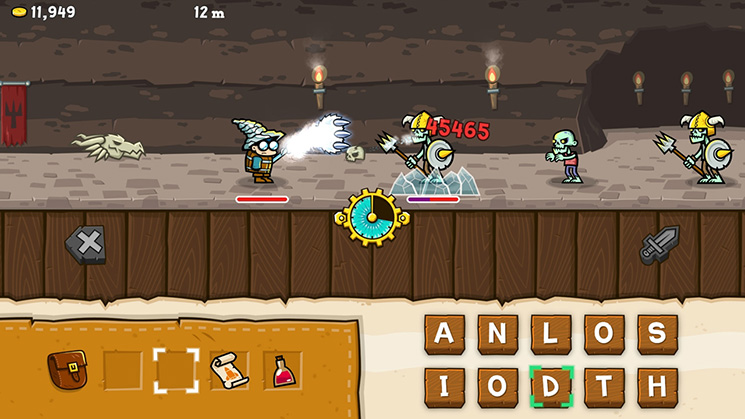 One thing I didn’t like about Spellspire is that playing in handheld mode was the only way to use the touch screen. While I can’t really blame this on the developer, I found it difficult to create words fast enough using a controller. I’m sure some people won’t mind but speed can help you get in some extra words before your enemy has a chance to attack. Enemies will attack once the timer at the bottom of the screen has run out. Sometimes you can stall their attacks or cause damaging effects by upgrading your wand in the shop outside the tower. 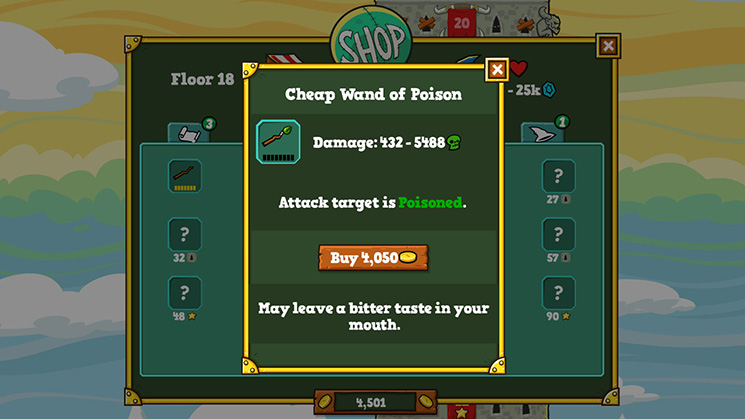 Not only can you upgrade your wand but you can also buy new hats, robes and helpful items like health potions. Hat’s and robes have different abilities and you can upgrade those as well to increase your wizards defense. Of course, you’re not getting all of this for free. Defeating monsters and finishing levels will grant you some gold. But you’ll get the most dough by going back and getting a star in each level. You get a star by going back and replaying completed levels without losing any health. It’s pretty easy honestly. Once you’ve beat a few levels and increased your attack power the previous levels go by in a flash. You can only receive the award for getting a star once in each level but its a nice amount of gold and can accumulate pretty quickly. 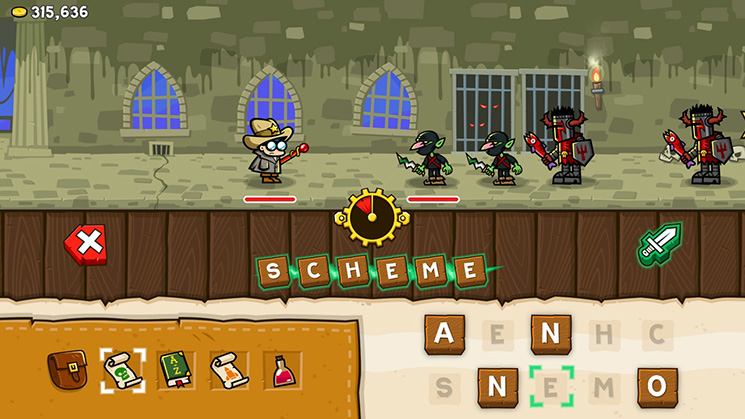 Aesthetically Spellspire isn’t anything super exciting, but I enjoyed the cartoony vibes and variety in character design. You will encounter some pretty neat looking monsters on your way up the tower, and an interesting new boss after every 10 floors. While this might seem like a game you could fly through, I can say that I’ve played Spellspire for quite a few hours and I’m only a little over halfway done. Having to go back and complete each level twice adds to the amount of playtime and I really didn’t mind it, considering the substantial award for doing such a small task. Plus the letters change each time you play so there’s not as much repetitiveness as you would think. 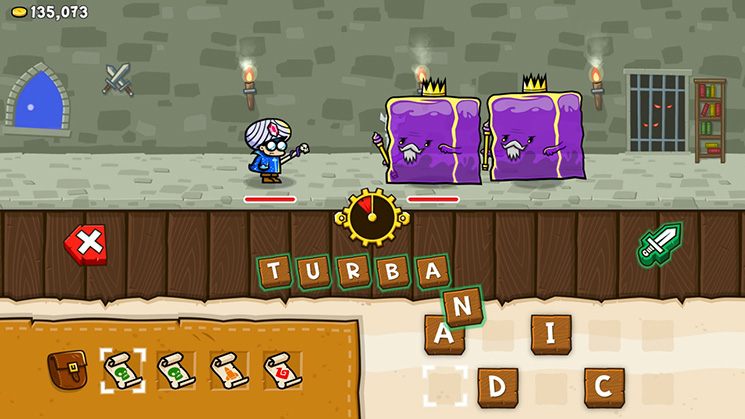 Spellspire is a great addition to the Nintendo Switch library. I actually haven’t found a word game that keeps my attention as much as this one does, and I can’t wait to make my way to the top of the tower to see what monstrous creature awaits me. If you’re looking for a good, accessible game this holiday season and you’re a fan of word puzzles then I definitely recommend checking it out. Spellspire is available on the Nintendo Switch eShop now for $9.99.

Spellspire is a fun puzzle game that will keep your attention for a while. You can pick it up and play anytime and the difficulty level is just right for all types of players. Fans of this genre will definitely want to check it out.