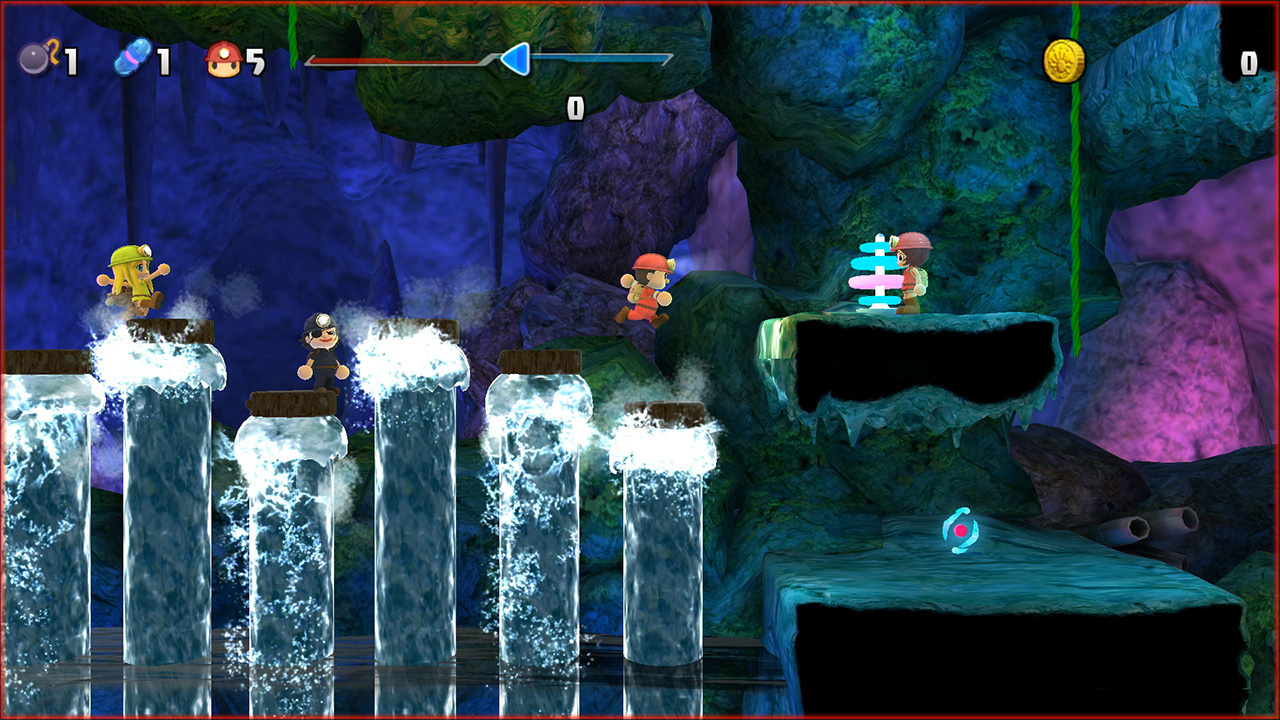 Spelunker Party is an action-adventure party platformer, from Square Enix and developer Tozai Games. It supports up to four players both local and online. There is just a little more to it than just exploring caves.

The story starts with Spelunkette being awakened by a meteor crashing nearby. She is told by the Faerie Chief to go explore the cave it formed and suggest she brings along her friend Spelunker to help.

Players start each level with five lives. If you lose all five lives exploring a cave you will get a fun little message that states how you died. Each level is broken into multiple parts called ‘expedition areas’. When exploring caves, players leap over ditches, avoid bat guano, swing from ropes and so much more. While doing so, accuracy is key as any slight miss will cause the player to lose a life.

During the spelunking expedition players are collecting gold, multi-colored keys that lead to a break in the expedition area, and litho-stones. Finding litho-stones in levels will unlock pieces of various equipment.  Players can use the portable fan to scare away ghosts and mist in the cave.

While exploring, players will want to keep an eye on their stamina meter. If it runs out, players lose a life. Checkpoints along the way will restore stamina. If you die after getting a key or litho-stone you will return to the last checkpoint–luckily you will get to keep that item.

As players explore the caves they begin to get different pieces of gear. Gear is divided by head, body, accessories, and pets. Each piece of equipment has its own advantage such as gas protection, protection from guano, etc. Completing an area will level your gear up. Some pieces are limited to the character exploring the cave. Spelukette, for example, cannot wear some things that Spelunker can and vice versa.

One of my favorite power-ups in the game was the Pets. Not only did the pets’ special abilities prove useful, but they are also adorable. They will follow behind you in the cave and when you climb up or down a rope, they will jump on your head.

Once you get past stage 1-6, your rivals will appear, and they want nothing more than to make Spelunkette and Spelunker’s exploration miserable. They throw bombs, and stomp on switches that make bridges fall. Luckily, they are in only a limited amount of stages.

Base camp is where you can go to check options, view the story, check the rankings, and view or upgrade your gear. You can also meet up with poochie once unlocked. If you pay him, you can buy candy. In return, he will go on a task for you and he will find a piece of equipment.

I played most of the game in single player mode. The problem with this is at times there were items that could only be attained in multiplayer mode which became frustrating. Other than the frustrating feeling of not getting those items, you are able to complete the game. 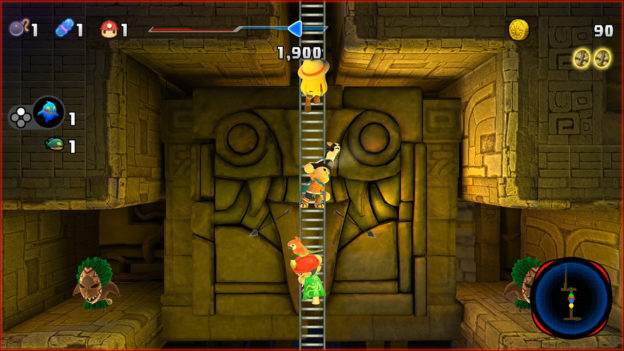 Local multiplayer is the best way to play the game. Not only is it fun to laugh at your teammates’ mistakes but it also allows for communication on getting items you need to work together to find. You can also turn friendly fire on–this allows players to take damage from teammates. Players must watch out for items such as bombs, flares, and more. This adds to the challenge and may also result in some grudges between fellow spelunkers.

Online multiplayer was fun but I couldn’t always find a room with players available. Also, unlike local multiplayer, it is hard to communicate a route to take and who is going to get each item. I also had a lot of trouble finding another player online to explore with. 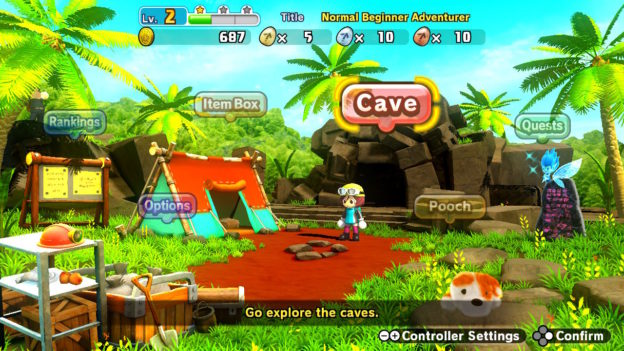 Spelunker Party is a fun title overall. The platforming stamina pits players against time and accuracy in a game where even the slightest mishaps will spell certain demise, but it all somehow works. Online and local multiplayer allow for a high replay value as well.