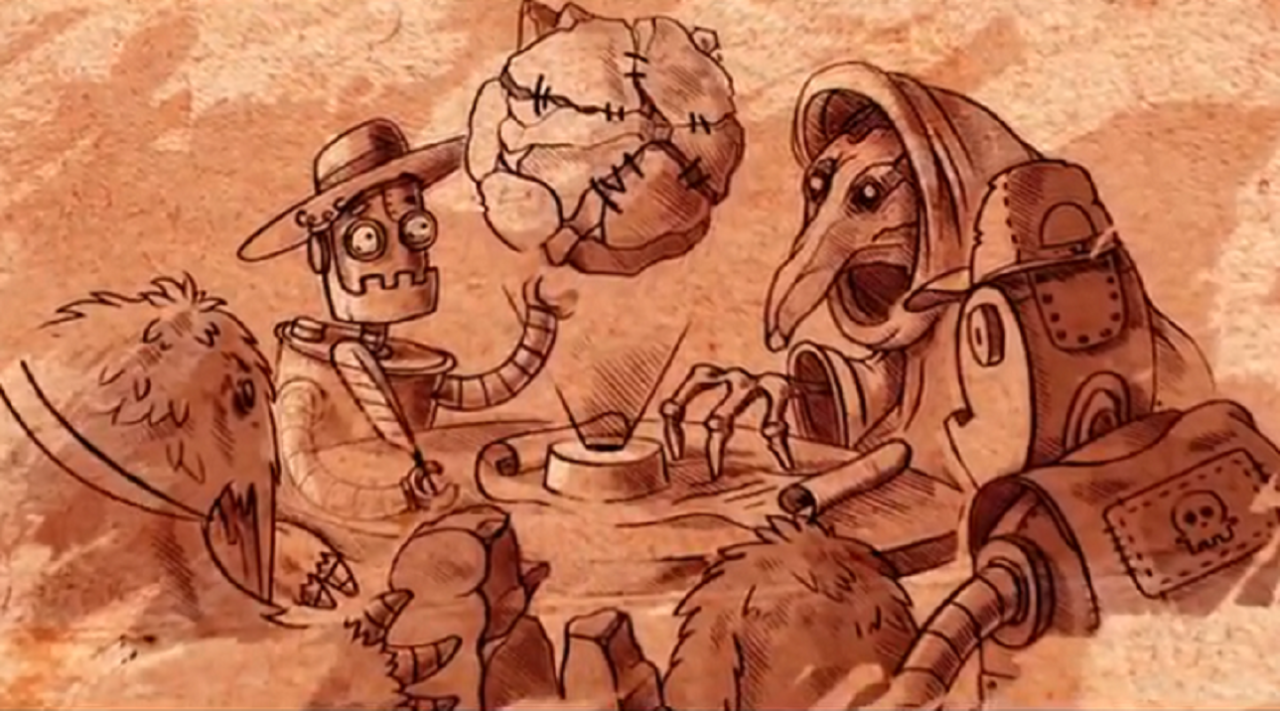 Spirit Roots is a 2D action-platformer in which you will be navigating gorgeous landscapes while fighting your way through enemies. With a mix of art styles that pairs crafting material characters — think Yoshi’s Crafted World — with a Broken Age color and feel, to become one of the prettier platformers in the Nintendo Switch stable. Even with all that flair, however, this one has some issues that knock it down a peg or two.

Welcome to the Stitched-Together Planet! After generations of fighting between two planets, they were left with very little to work with on each world. So, they came to the decision to make peace and stitch the two surviving worlds together in order to create a planet that would last. The only rule for this new utopia was that one side could not enter the other’s territory. This is how life has proceeded, that is until our protagonist decided it was time to break the rules. This tale was a surprise as most platformers phone in this portion of their game in order to focus on the gameplay, but luckily this one spins a yarn that is pretty decent overall.

Platforming feels fluid and consistent, and the design of the stages lends itself to it. Enemy placement is consistent throughout and never feels cheap. Utilizing a double jump and ledge grabs allows you to move around and reach most areas without hassle. Although I have no qualms with the platforming or enemy placement themselves, I did find that hit registration was something I battled with. When running through the stages you will begin to run across enemies that you can take out with melee strikes from your sword. However, when doing this I often got too close and instantly died, even though I was far enough back and quick enough with my button inputs that I felt I should have been fine. This on its own wouldn’t have been an issue if not for the bad health and checkpoint system in the game.

Even though you are graced with three hearts worth of health, that only actually indicates the number of lives you have before getting a “Game Over”. Single hits from enemies give you a boot back to the last checkpoint. This adds a major spike in difficulty in random locations based on design, which isn’t ideal. I regularly would reach a location, just a smidgen away from the next checkpoint, to accidentally get too close for my character’s liking, causing me to have to run through that whole section once again. Checkpoints are given after tough stretches of platforming, which is great, but I feel like they often didn’t account for the issues in design when it came to enemies with this checkpoint system.

As a way around these issues, you do have access to a gun that gives your character a ranged attack. If you are in a situation where you might get too close for comfort, then you can always rely on a couple of quick shots from your pistol. However, this isn’t how I liked to play the game, as the melee is so satisfying. Unfortunately, you are pigeonholed into using this mechanic at times to avoid needless frustration.

Each level has its own objectives in order to achieve a max rating for the run; out of three stars. Those objectives include collecting all the “coins” scattered throughout the level, defeating all the enemies, and completing the level at all. You also have varying difficulty levels that change up the health point system, which helps with the issues detailed above, but still are present unless on the easiest of difficulties. All of this gives the game a small bit of replayability, but not enough to feel significant.

Boss battles conclude the worlds you will move through and offer a great addition to this title. Difficulty spikes significantly in these fights, as you would imagine, but felt good to complete. I really enjoyed ending each journey with these fights and the art design continues to ooze charm when encountering these behemoths. With farmer robots, giant spiders, and more, you have a lot to look forward to.

All in all, Spirit Roots is a title that came out of nowhere for me. The art is something that really gives the game that indie charm you want from titles such as this, and with its dirt-cheap entry fee ($6.99), it was easy to think something had to be wrong with this game. But, beyond the issues with the health and checkpoint system, and some minor qualms with hit registration, the game really offers an experience that I was glad to have had the pleasure of playing through.

Spirit Roots offers exceptionally well made platforming and art design that is consistently impressive, but a rough checkpoint and health system is a bump in the road worth noting.