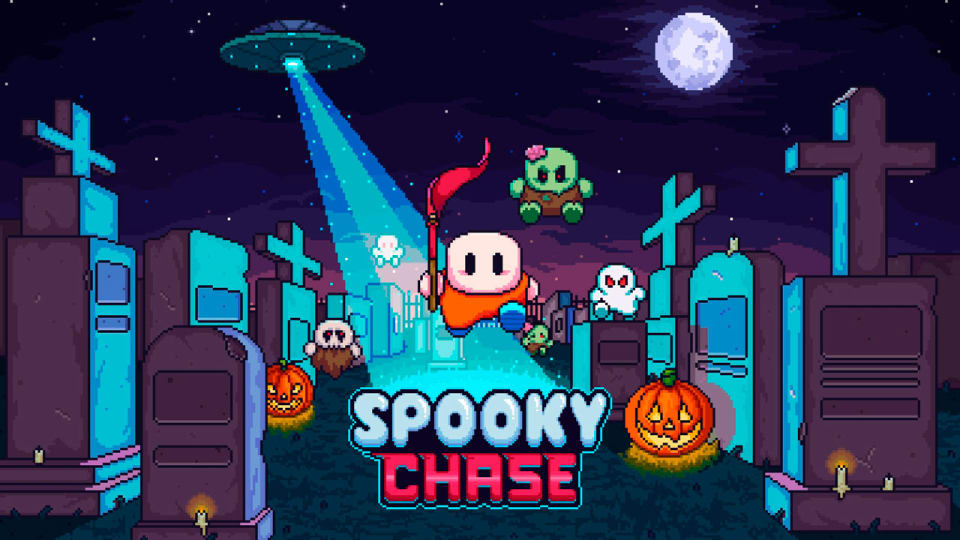 Spooky Chase is an arcade platformer for the Nintendo Switch. I love my platformers, but it takes a lot to stand out from the crowd. This one shakes things up with a unique twist that makes you both the hero and the enemy; and it totally works.

The concept is deceptively simple: you’re a kid on Halloween playing capture the flag. Each level comes with ten randomly placed flags, which you need to find one by one within a short time limit. When you find a flag, you’ll respawn, ready to find the next one. Once you start running, an enemy appears where you last started, rerunning your previous route over and over. The catch? You can’t touch this imposter, or it’s back to flag one. It’s like racing against your ghost in a crazy version of Mario Kart. 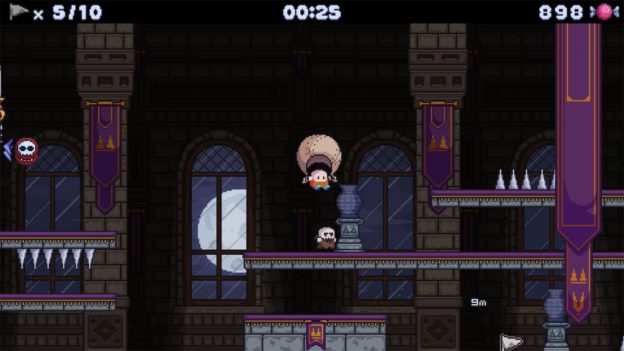 This creates one tough game! As you can imagine, every flag you capture creates another enemy for you to avoid on your next run—each one stuck in its own loop but also blocking your path. By the time you get to seven or more flags, it’s pure chaos. Capturing all ten is difficult but extremely satisfying. It almost borders on frustrating, but I found a strong urge to keep trying. While the first four flags are almost guaranteed, I felt pretty happy with myself when I gained eight or nine, particularly in the harder sections.

The game is presented with an overworld map containing several themed areas. Each area has a handful of levels that are locked until you’ve captured a certain amount of flags. Thankfully, you won’t need a perfect ten in each level to unlock more, so it’s easy to try new areas as they become available before going back to beat your record in previous ones. 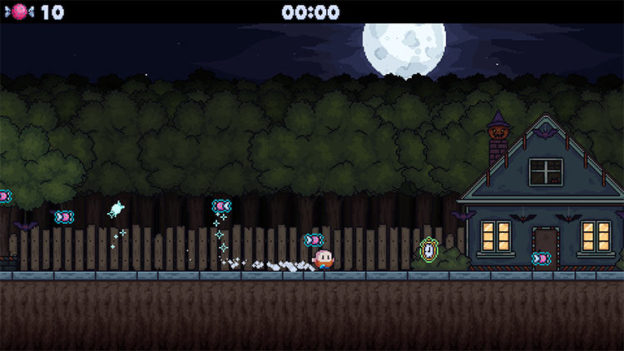 The themes are well designed. You start in your neighborhood, with simple platforms to jump across. You’ll soon move on to graveyards, dungeons, and haunted castles, all fitting nicely into the halloween vibe. The premise could become repetitive quickly, but thankfully there’s plenty of variety in the design, with new mechanics thrown in to challenge you. Fog blurs your vision in the graveyard, and floors and ceilings have spikes in the haunted house. Not to mention the portals, flames, and trap doors that keep you on your toes.

There are also candies to collect along the way—it is Halloween, after all. These unlock costumes for your character, with 44 available in total. They range from superheroes to monsters, and even some seemingly familiar faces—one looks suspiciously like South Park’s Eric Cartman, aptly named “angry kid”. It’s a clever little addition that adds to the fun and the desire to keep finding those flags. 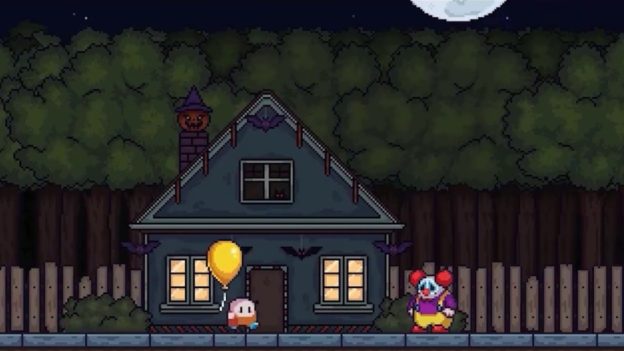 The presentation is another positive aspect. The graphics are cute and colorful, with some really nice backgrounds and level designs. It’s very retro-inspired, reminding me strongly of my favorite SNES titles. The music is also a treat, with different tunes for each of the themed areas that you’ll explore. There are some catchy songs used here, again reminiscent of the 16-bit era. If you enjoy that era of gaming, you’ll be sure to enjoy Spooky Chase’s aesthetics.

Overall, Spooky Chase is a super fun time. It takes the classic jumping and running platform mechanics and adds a twist that’s deliciously difficult. At only a couple of dollars on the eShop, I can highly recommend this one to platforming affectionados.

Spooky Chase is a fun platformer with a devilish twist that makes you the enemy. It’s tricky but addictive, with great visuals and soundtrack to boot.