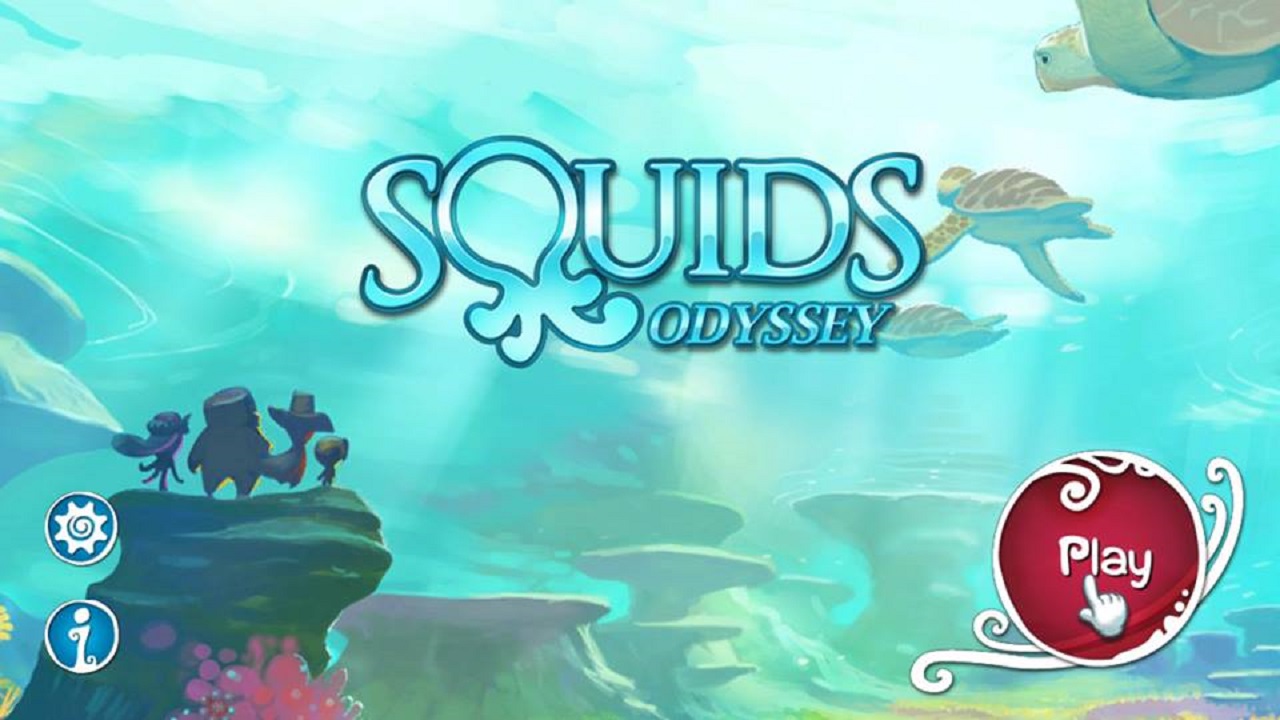 Squids Odyssey is a role-playing strategy game from The Game Bakers that was previously released for the Nintendo 3DS and Wii U. Each level is a turn-based battle style between your team of four squids against the crab and shrimp enemies. It’s a battle against dangerous ooze corrupting their world.

Squids Odyssey has over 90 missions with over 15 hours worth of gameplay as you battle through various stages to defeat enemies and the ooze that’s taking over their underwater world. 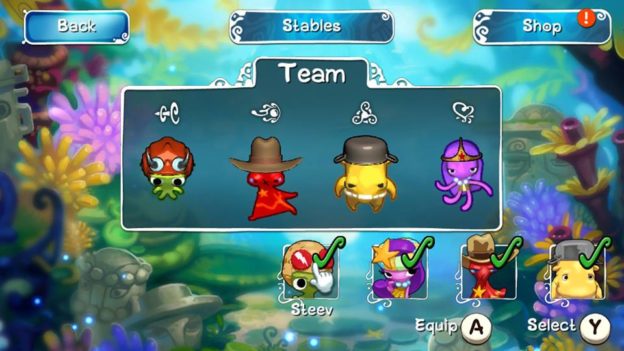 There are about 15 different squids to unlock and choose from to create and mix and match a team of four. Each squid has their own class, similar to any other RPG-style game. There are shooters, scouts, troopers, and healers, each one with their own special ability to aid them along the way.

Each stage has a different goal. Sometimes it’s to get your team to the other side of the stage, sometimes it’s to defeat all the enemies, and other times it’s just to survive for a certain amount of turns. There are some stages that have a second goal once you reach the first goal before the level officially ends. 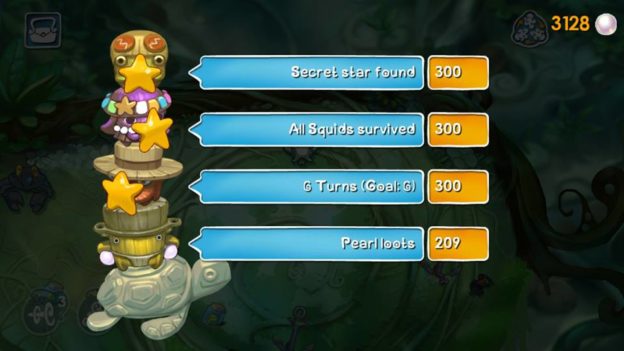 The squids move in a unique way in which using the analog stick or the touch screen in handheld mode, you pull their tentacles back and fling them across the stage like a slingshot. This is a fine way to maneuver them around the stage, but if they fall off the edge, they’re dead. Each character has a ring of bubbles around them, which is their stamina. When the bubbles are all gone, they’re out of energy and their turn is over.

This is a unique take on a turn-based style RPG, especially when the characters are squids. However, it didn’t do much for me. It was hard to estimate how far I wanted the characters to go. They often missed or didn’t hit the enemy with enough force to do a lot of damage. The heavier squids needed more stamina in order to go farther, which was a nice touch.

Throughout each stage, there are message bottles the squids can run into and get. It’s random what they get and can be a heal for them or food for extra stamina and an attack boost. This goes into effect right away and lasts until the end of their current turn.

Pearls can be collected throughout each level which is used as money to buy certain helmets and items in order to make your team stronger. For example, the Claw Crown which adds some health and defense to your shooter or shurikens for your character to throw to hit multiple enemies at once. 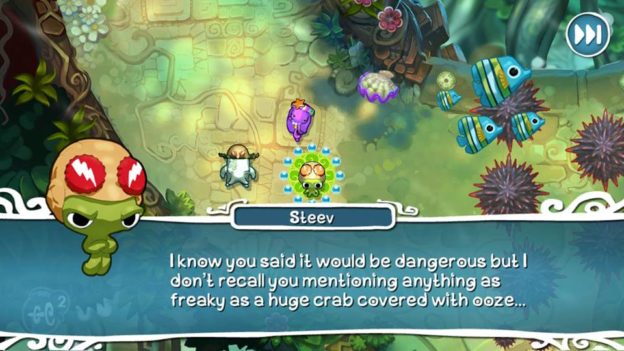 The storytelling is well done, even if the story itself was a little lacking. Each character has a unique voice and fun personality. The story is told through their conversations between each level. Their banter made the story fun. However, the overall plot wasn’t enough to get me into the game. While the ooze covering the ocean is an interesting concept, it just didn’t raise the stakes high enough for the characters, especially when they mentioned a couple of times that this happened before. 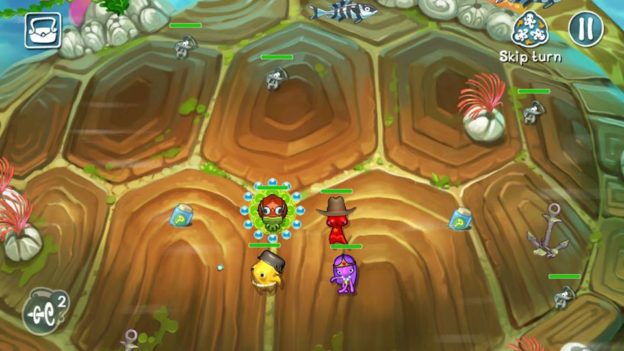 The graphics were nicely detailed. The characters themselves look like a cartoon but the backgrounds and stages are pretty. The overall game is appealing to the eye and the colors are certainly enticing bringing me right back to the beach.

The music was well done. There were no tunes that got stuff in my head, but the music choices were appropriate for the stages and battles. The sound effects were quirky and fun to listen to. They were satisfying when an enemy died or got pushed off the stage. 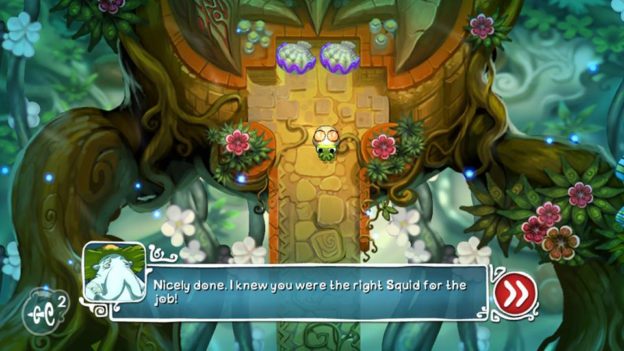 Squids Odyssey is a fairly easy game. Each level is pretty quick, despite the achievements that go along with each stage. It’s a casual RPG that’s not bad to pick up at any time in handheld mode and get through a couple of levels. However, there’s not much to the story and while the gameplay is fun, I felt there could have been more of a variety in that department as well.

Squids Odyssey is a casual turn-based RPG with quirky characters and unique classes. The story is a little lackluster, but the gameplay is quick and fun.