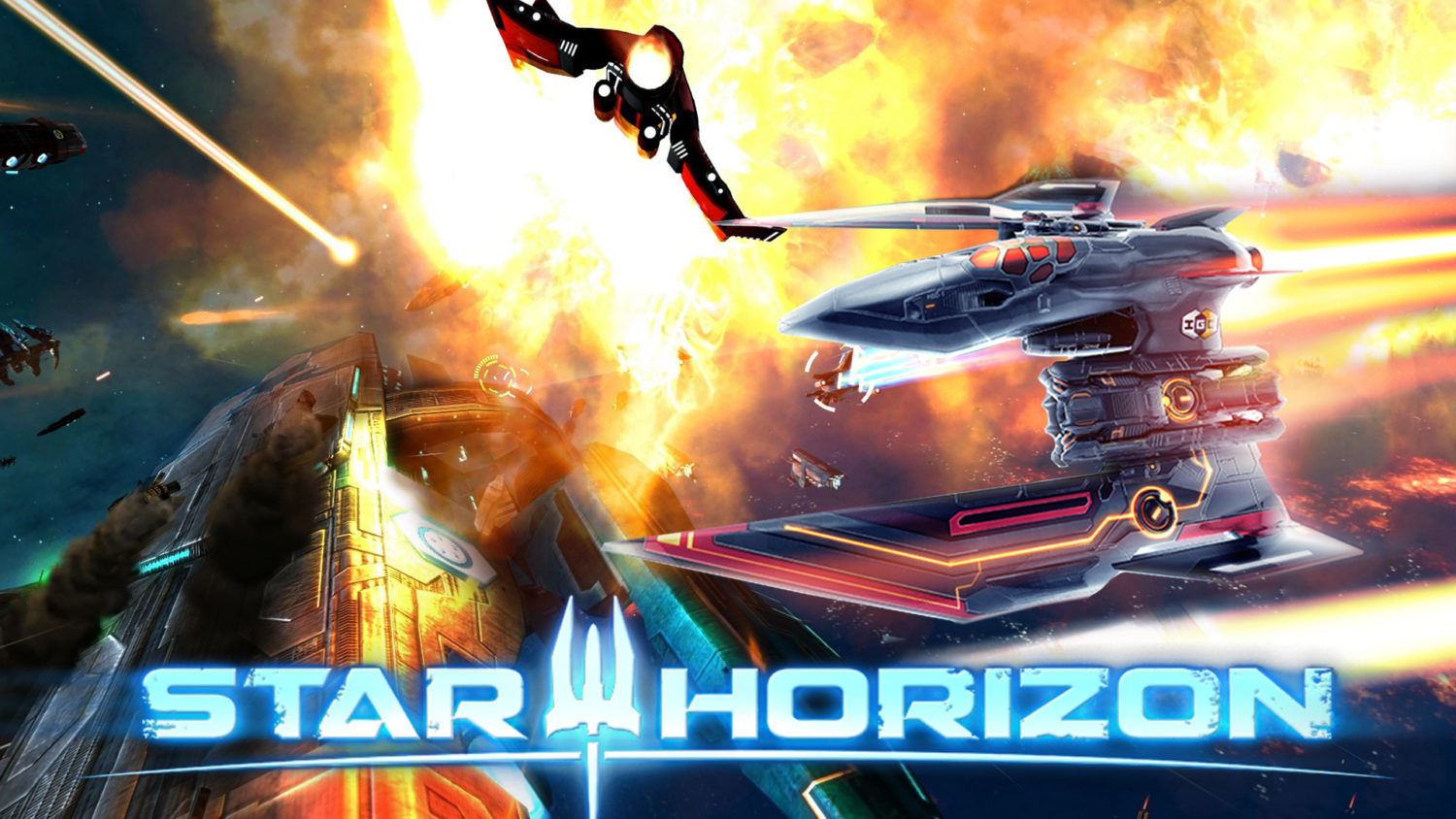 A long time ago, on rails far, far away.

Star Horizon keeps things simple for what looks like an epic battle in space. Your overall flight path is already set by the game, but you do have ample opportunity to dodge things and line up your shots to take out the rebels—or pirates, or space junk, or space mines, or whatever the game wants to throw at you this round. 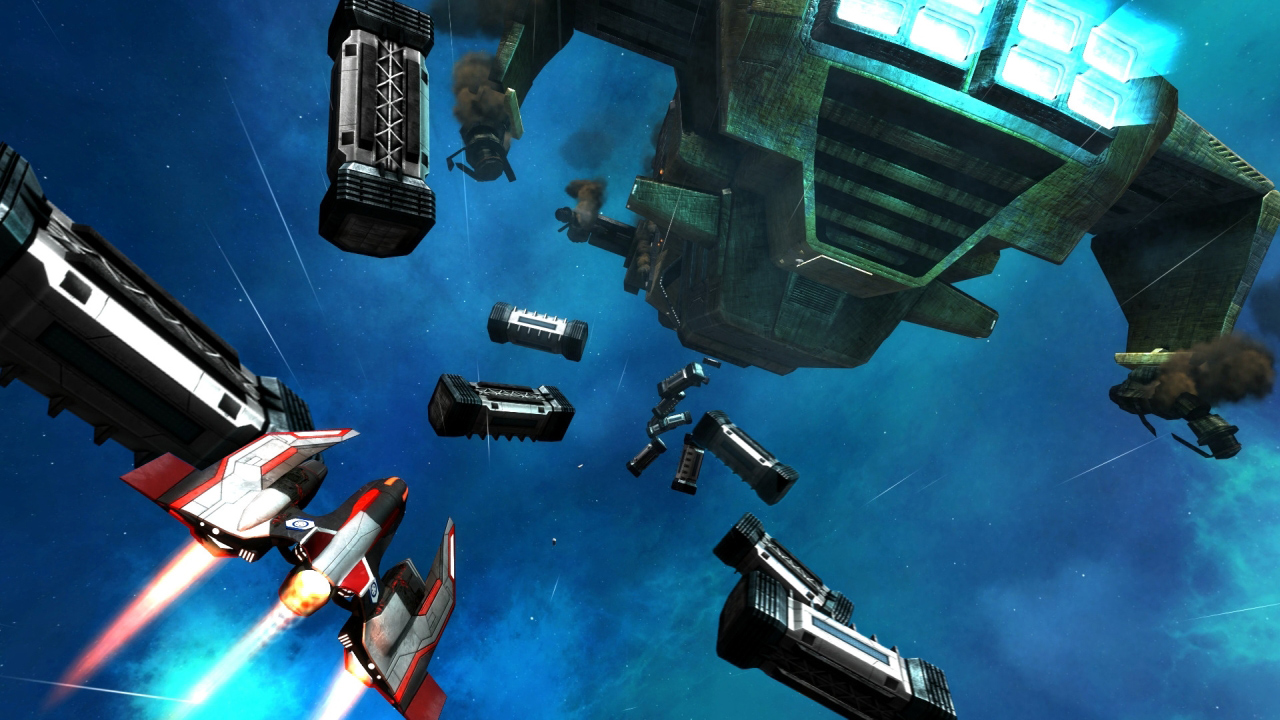 Since Star Horizon is an on-rail space shooter, the game controls are easy to use and well along the way to being intuitive. The left JoyCon is your steering control. The ZR and A buttons are your primary weapon, so you have a choice to use whichever is most comfortable. The Y and B buttons are alternate weapons. The Y button is a high energy missile and B is a cluster of lower power missiles which will hit three different targets. Lastly, the R button will execute a roll, which—when coupled with the JoyCon—makes for a handy quick-dodge maneuver.

Star Horizon could use better targeting mechanics; the targeting reticle doesn’t quite line up as you might expect, but once you get used to how it works it isn’t too bad. 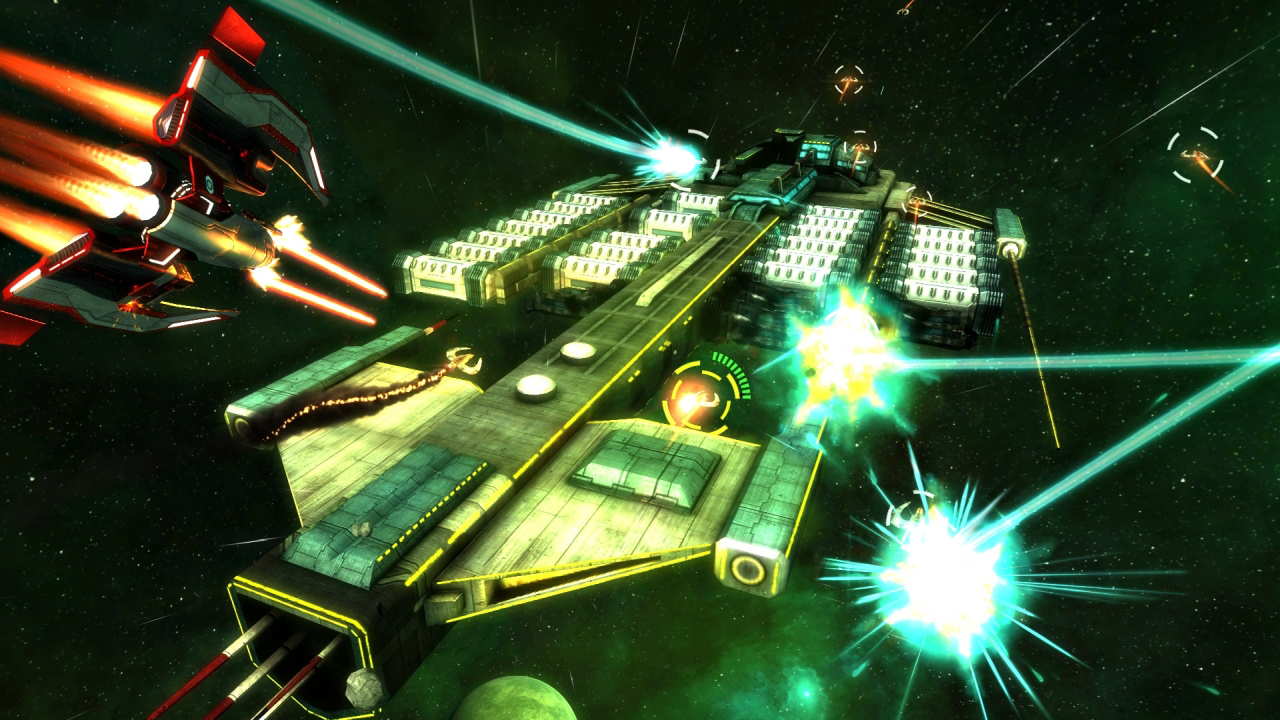 The game offers a quick tutorial on how to move around, which is nice. One flaw with the tutorial is common to several games I have played; if you accidentally touch a control before you have read all of the instructions, the game just keeps asking you to “do that thing” but doesn’t flash a reminder of how to do it. This isn’t so bad, however, as it only happens at the start, and you can restart the level if you need to. Besides, as noted above, the controls are easy to use—after one pass at the “how to” and you should be good to go.

The visuals and audio are pretty decent; the space ships have a suitably space-y design, the space stations have plenty of detail, the planets are almost ethereal, and the stars are nice and shiny. The overall level of detail is actually good for the game type and style. Since the developers didn’t need to make a fully explorable 3D environment, there was more left to devote to making the game elements look good. 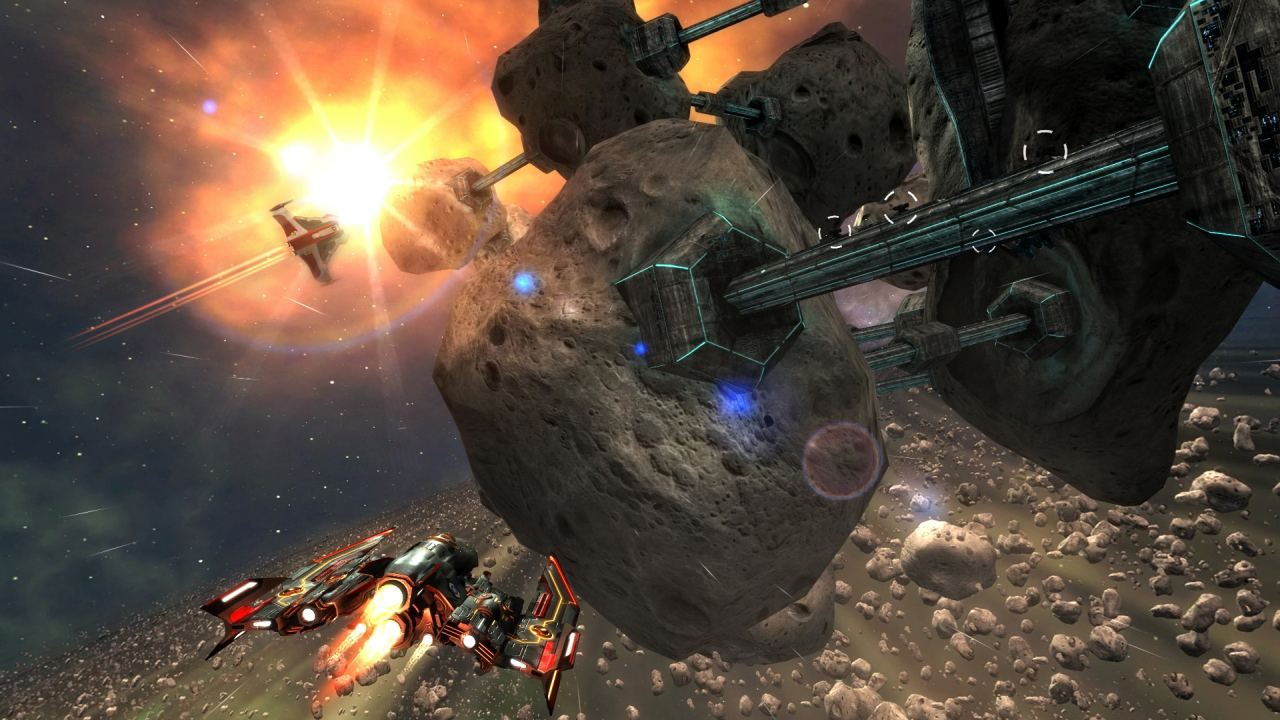 The sound effects are what you would expect with a space battle game, so no real issues with obnoxious sounds.

The challenge level starts very easy and takes a couple of levels to ramp up, but you will hit a point where going to the hangar between levels is a good idea. As you eliminate targets, you gain points. As expected, you use the points to upgrade your weapons and your ship. There are only ten levels to the game, so you will be spending some time grinding through a few levels to get enough points to upgrade your ship from “quick-die” to “stand-a-chance” status. This is actually not such a bad thing considering the small number of levels/scenes to get from start to end of game. To keep things from being too boring while point farming, the game will award you 1, 2, or 3 stars as a rating for how successfully you clear a level. The higher your rating, the more points you earn. (And it feels good to get three stars, doesn’t it?)

Each level is a straightforward shoot-everything setup with a “boss” at the end of the chapter. The bosses usually require plenty of dodging as well as shooting. The boss portion is where the on rails aspect of flying around gets a bit annoying. There are some tactics you might want to use to stay on target as much as possible, but this is just part of the game. Chalk up the extra dodging to part of the challenge and it feels less frustrating. 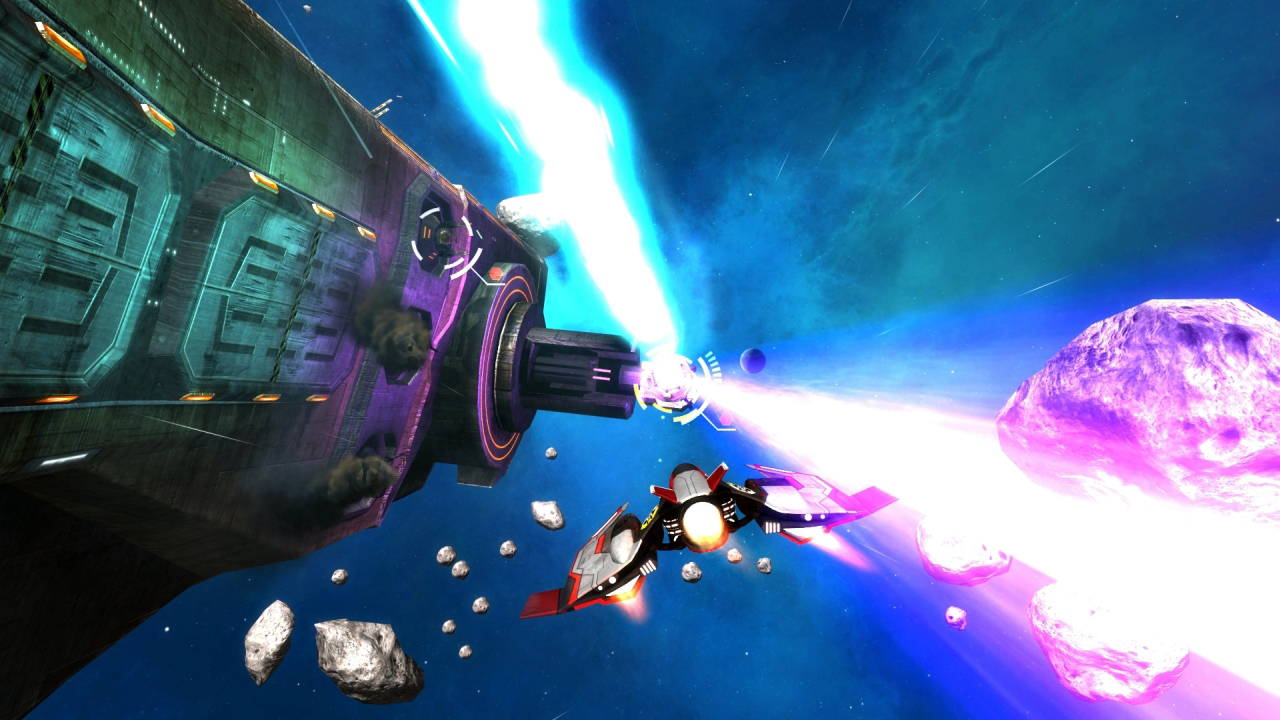 Star Horizon is simple to play and challenging enough to keep going to the next round. It may not be the most compelling game, but it does have a little pull with the “what happens next?” aspect, and there are some points where you get to choose how events unfold.

Even with some obvious elements lifted from a certain movie which depicts a war among the stars (one is a really obvious element), the story uses common themes of conflict and survival to humanize your character. Your ship is run by an AI, but for a space faring society, the AI seems to come up short on the “I“ part. It feels a bit odd, but it is obviously the way it is to advance the plot, so no worries. The story and characterization is a bit stock, but this is a simple shoot-things game, not a serious adventure.

Although Star Horizon could really use some more levels to stretch out its short story, if you are generally OK with on-rail space shooters, this game is generally OK. I can’t say it is great, but it is a good game and should keep your trigger finger happy for a few hours.