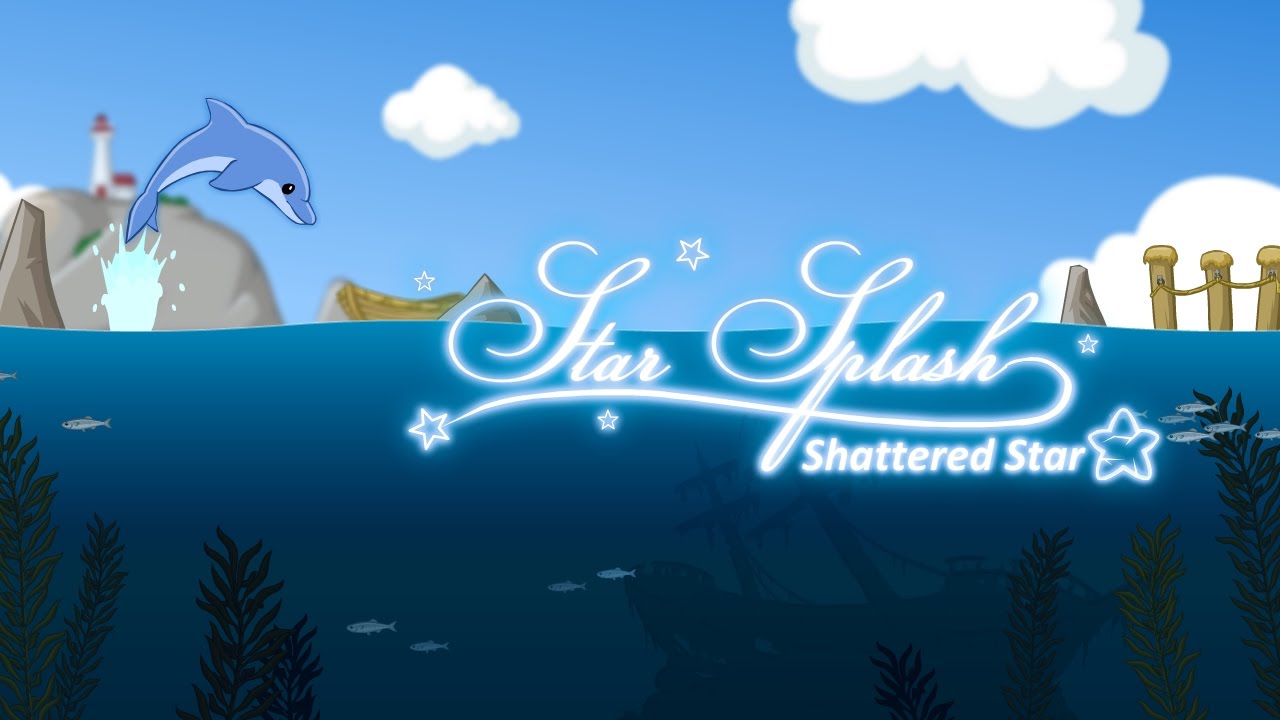 Star Splash is a new low budget indie game from Snails Arcade, available on the Wii U eShop. If you’ve ever played a side scrolling, runner type game then you will know what to expect from Star Splash. I’m not a huge fan of these games, but they are quite popular among the mobile gaming community. I always try to be fair when reviewing any title, regardless of if I’m a fan of the genre. If I’m on the fence about a review, I will ask others opinion just to make sure I’m seeing the game from every angle. That being said, here’s what I thought of Star Splash: Shattered Star. 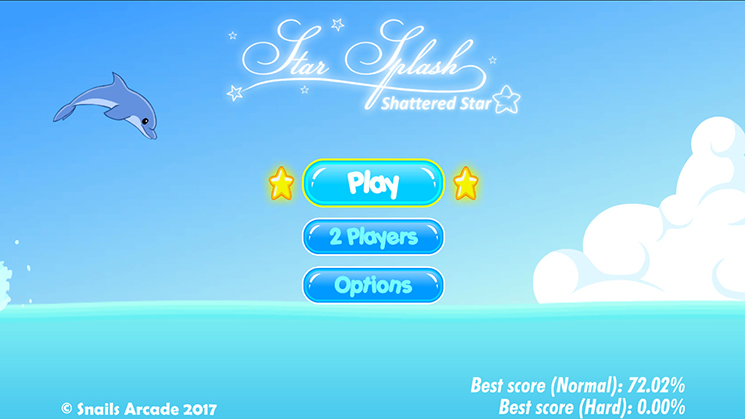 Gameplay: Shattered Star is a straight to the point game. After a very quick intro and a very underwhelming story you are thrown into the underwater, side scrolling adventure (if that’s what you want to call it). Throughout the first level you’re given a quick tutorial. The controls are a bit weird since you cant use the control stick. Using the control pad, you can swim up and down and jump out of the water. In order to complete the level, you have to collect a certain amount of stars that are scattered throughout (That’s where the name comes from). Levels will gradually get harder as you progress, almost to the point of not being able to complete them. That is one of my main complaints about Shattered Star, it’s a very frustrating game. I thought I would be spending the majority of my time underwater, but instead this dolphin prefers the sky. While swimming you can jump by pressing up. There are things like jellyfish and other aquatic life that you can use to project yourself upward in order to collect stars. This almost sounds fun except the mechanics of the game really get in the way of making this an enjoyable experience. I felt that the camera scrolls entirely too fast during each level, and it makes it extremely difficult to collect the amount of stars you need to move on. The other thing that annoyed me was actually having to jump through the air in the precise way that’s required. It’s hard to get a perfect trail of stars because it feels kind of laggy when you jump. 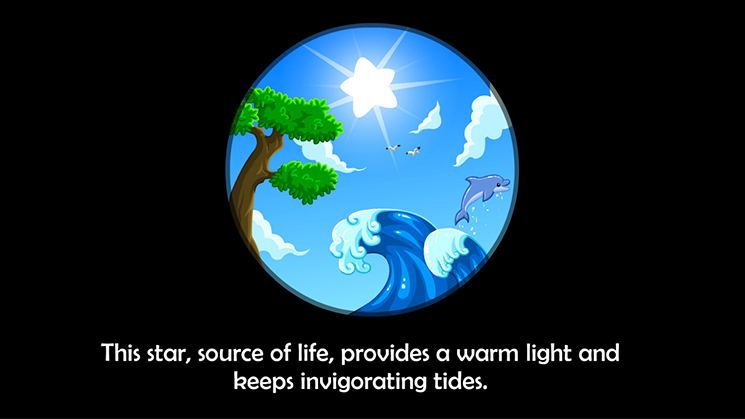 Graphics/Audio: As far as graphics go, Shattered Star is simplistic at best. Some of the levels are interesting, but there’s really nothing saying “hey, look at me! Aren’t I cool?!”. While I do enjoy the cartoony look of the game, I didn’t feel anything really stood out or was memorable. The environments and backgrounds do change, so that’s kind of refreshing. This game is compatible with off screen gameplay, which is another small positive. The music was my overall favorite part of the game. I’m not going to buy the soundtrack or anything, but there were definitely some neat tunes that I wouldn’t mind hearing again. 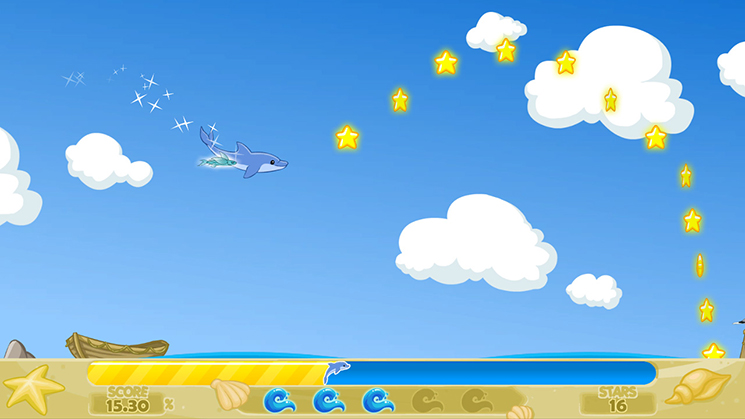 Replayability: In Shattered Stars case I don’t think replayability is a good thing. The reason you will be playing levels over, and over, and over again is because they are too difficult to finish. I really feel like if the level scrolling went just a little slower, the game would have been at least %50 more enjoyable. Perhaps they could have at least added an easy mode that slows down the speed for players who want a more leisurely experience. Basically, all of the replayability you will get is probably going to be on that one level that you can’t get past, and then you will break your game pad over your head and you wont be able to replay any game…ever. Unless it doesn’t require the game pad, but anyways… 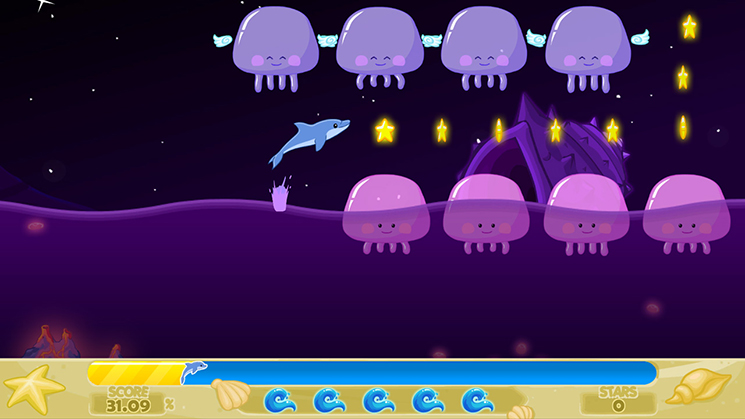 Seeing as we cant expect much more from the Wii U eShop, it seems that the final games being released might be scraping the bottom of the barrel, just a bit. As much as I wanted to like Shattered Star, I just couldn’t find much that was appealing about it. Overall, gameplay is simplistic, but frustrating. The story is vapid and unmotivating. Even though I enjoyed the music, it’s not enough to save Shattered Star. Unless you’re in love with dolphins or you really just want to challenge yourself, I recommend skipping out on this one. 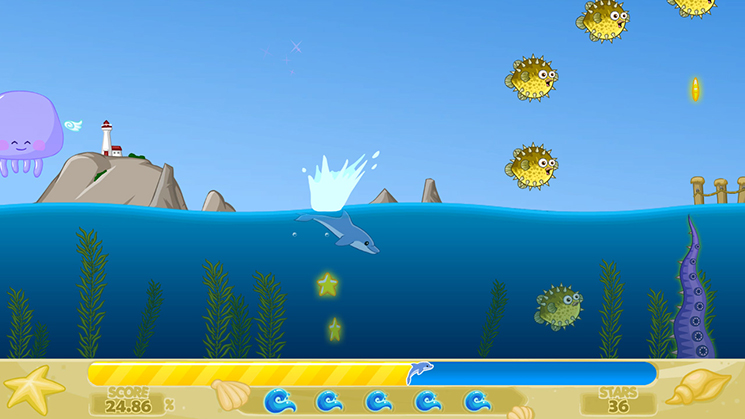 Star Splash: Shattered Star is a very simplistic game, with a very simplistic look, but a super un-simplistic, entirely too hard, difficulty setting. This is due to laggy controls and level scrolling speed that’s ridiculously high. Setting you up for numerous fails and frustrating moments.