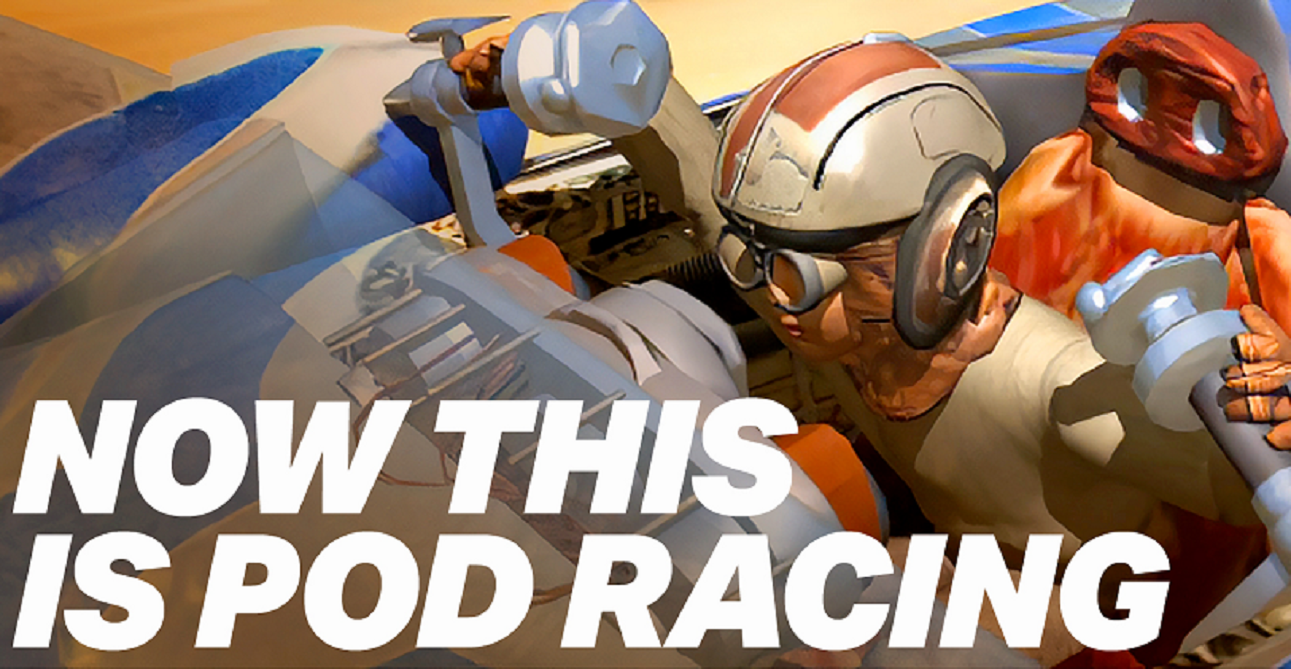 STAR WARS Episode I Racer is a classic game, and if you’re reading this review, there’s a fair chance you played it on the Nintendo 64. I own the Dreamcast version myself, but I couldn’t turn down the opportunity to play this game in handheld mode on the Nintendo Switch. Star Wars: Episode I – The Phantom Menace is the basis for this game, a movie I’ll defend any day. I’ll also defend this port, even if it doesn’t rise above adequate.

See, this game is selling for only $14.99, a fraction of what you would have spent to play it on Nintendo hardware in the summer of ’99. It’s still as fast as ever, and it’s still an entertaining racer, even more so if you’re a Star Wars fan, naturally. The great music remains as well, and it’s more abundant (and louder) than ever.

The significant new addition to this Switch port of Episode 1 Racer is motion controls. But there’s evidently been an issue, as they were not working at launch. As this review was going to print an update has supposedly addressed this, but it’s a real shame it wasn’t right out of the box, as it were. Even if I didn’t end up practicing enough to master them, I imagine movement success would make me feel like The Force was with me.

At least the traditional controls are tight, (as long as you aren’t suffering from Joy-Con drift). You can remap them if you like; there are “Classic” controls and even those mapped to single Joy-Con use. HD Rumble gives you a smidge of a tickle with every crash, and eventually, you’ll be feeling lots of them on the later tracks.

That said, this game starts with almost no difficulty—far too easy, in truth. However, after placing first on several tracks, you’ll likely be stunned when your competition blitzes you! The ramp in the challenge isn’t gradual, but more a spike. Upgrades will need to be looked at to make these formidable races manageable. Free Play practice is always an option, as well as Time Attack with the clock as your only opponent. 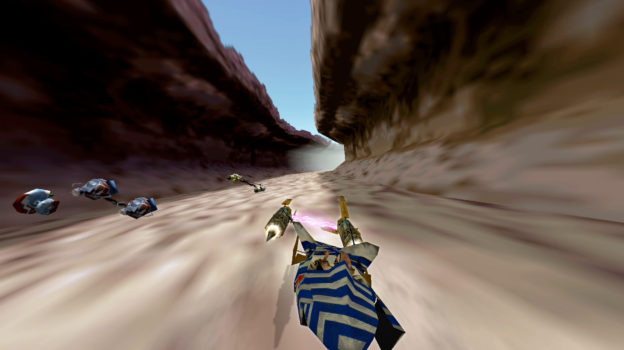 Everything runs smoothly during the actual racing, especially impressive considering the speeds being traveled at by so many. Not all of the little cinematics that introduce each track run as smoothly, unfortunately, but they still add some flavor to the proceedings.

Two-player split-screen is still included for head-to-head races. But, given the computer versions supported up to eight, that’s a bit of a bummer. There are no online leaderboards either, just your best lap (and three-laps) on each course. One of the key selling points of the Dreamcast port was uploading your high scores. Again, this port is content with adequacy, not aiming higher. It’s the minimum, but the classics can get away with it.

This port is certainly nothing to write home about, but the core game is a classic, priced at just $14.99. Nostalgia, and the ability to play in handheld mode, are enough to recommend STAR WARS Episode I Racer on the Nintendo Switch eShop to fans.

This port is certainly nothing to write home about, but the core game is a classic, priced at just $14.99. Nostalgia, and the ability to play in handheld mode, are enough to recommend STAR WARS Episode I Racer on the Nintendo Switch eShop to fans.