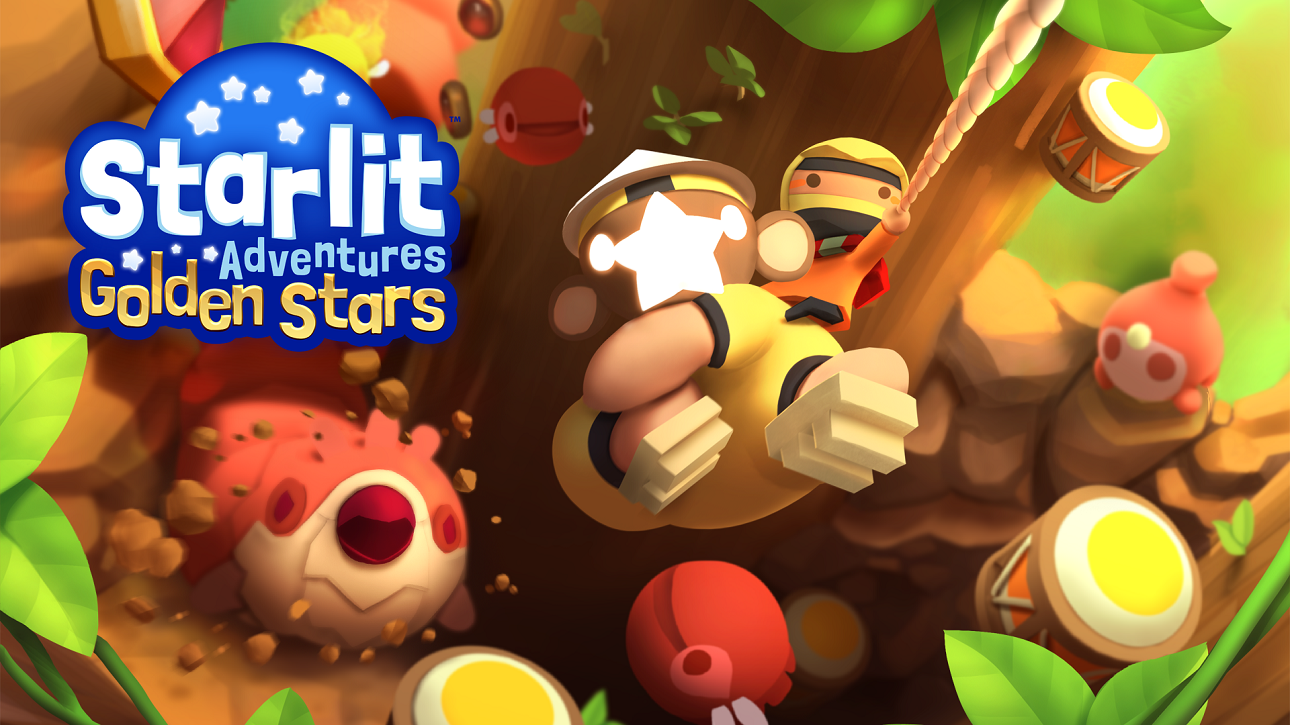 It took a while, but Starlit Adventures Golden Stars on the Nintendo Switch has won me over.

My initial undecided stretch stemmed from starting the game in single-player. When tackling it solo, I found the mobile origins stood out. The wasted screen real estate—with large borders on the side—tipped me off. Almost immediately earning achievements and stickers was another cue. And the number of special suits choices nearly overwhelmed me, at first. 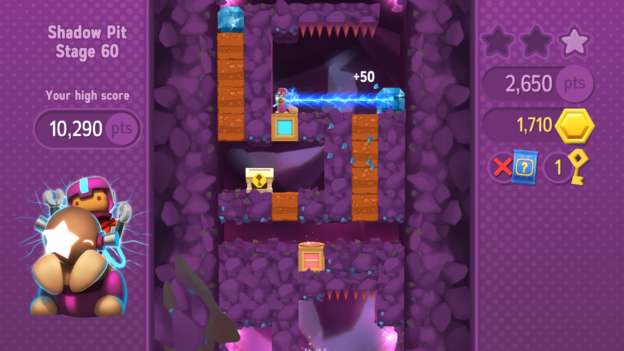 Thankfully, Starlit Adventures Golden Stars positively shines as a co-op experience. It elevates an average game into a nearly outstanding one. But what type of game is this, exactly?

Think of Starlit Adventures Golden Stars as an arcade-style collectathon. It channels classics like Boulder Dash, Bubble Bobble, and Dig Dug – all of which are smart choices. The ’80s arcade approach combines with late-’90s aesthetics. These visuals won’t knock your socks off, but they are colorful and charming. 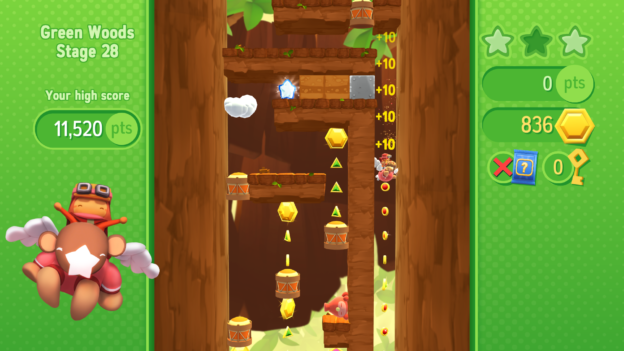 Collecting can be made more relaxed or more complicated depending on which suit you equip. In the mobile version, these need to be unlocked. On the Switch, you have access to the suits right from the start. What overwhelmed me at first has proven to be an asset, as my wife and I experiment with various combinations. The Electric Suit—which can fire a burst of rays in all directions—coupled with one of the flying ones, is a winning combo. A few levels require that you use a specific suit, as do “Challenge” courses, for some added difficulty. But, typically, you have the freedom to play as you choose.

The course designs are compelling, and I appreciate the structure. Even though the borders distracted me at the start, the vertical layout invites some clever approaches and navigational puzzles. While generally a more relaxed experience, completionists will find some real challenge in some of these designs. In co-op, separation from your partner(s) can happen, leading to lots of laughter as you scramble to catch up with your falling teammate(s). 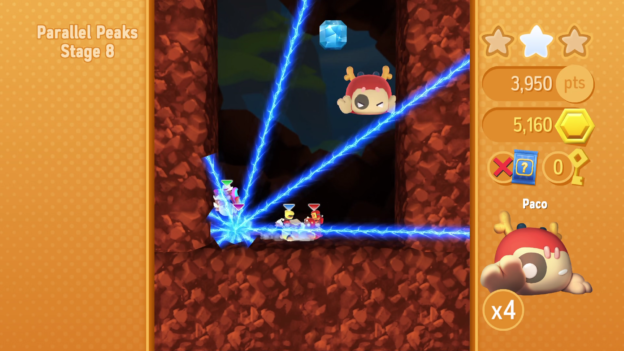 There are challenge levels outside of the story mode, as mentioned earlier. Often, these will focus on a single enemy. Infinite Tower is as it sounds—an endless course that lets you experience with each suit if you progress far enough. There are over 100 stickers to be found for your album, and 100-plus achievements as well. You’ll earn many of these early and often, but it’ll take time to get them all. I feel they take on a more significant impact when received as a team. You can watch your XP grow and level-up as you pursue these.

On the Nintendo Switch, you’ll find no in-app purchases. The entire experience is less of a slow grind and much more a smooth play. The Switch version also adopts traditional controls in lieu of touch screen ones. Playing on a larger screen is another perk. 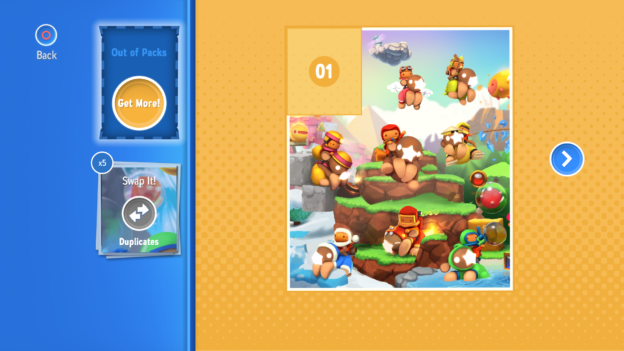 As a solo game, I could take it or leave it. But when played cooperatively, Starlit Adventures Golden Stars checks a ton of boxes to be a highly entertaining title. With a favorable amount of content, this charming release should appeal to anyone longing for a more in-depth arcade-style experience. Whether you’re a younger kid, a seasoned completionist, or somewhere in between, don’t overlook Starlit Adventures Golden Stars.

As a solo game, I could take it or leave it. But when played cooperatively, Starlit Adventures Golden Stars checks a ton of boxes to be a highly entertaining title. With a favorable amount of content, this charming release should appeal to anyone longing for a more in-depth arcade-style experience. Whether you’re a younger kid, a seasoned completionist, or somewhere in between, don’t overlook Starlit Adventures Golden Stars.