When you have an established fan base as passionate as that of Steven Universe, it can be a risky move crossing into a new format. But Steven Universe: Save the Light perfectly encapsulates what has made its cartoon counterpart so popular.

The game is lovely to look at. The pastel colours and soft art style are easily recognisable. The characters move fluidly, and the way the camera follows them around the world feels very cinematic without disrupting your focus on the game.

You play as a team of four made up of primary Steven Universe characters – Steven himself, his dad Greg, his friend Connie and of course the Crystal Gems, Garnet, Amethyst and Pearl. You can choose which you want in your team and swap them out at warp pads scattered throughout the world. Each character has their own skills and strengths that can be used to unlock certain bonuses in the world and to defeat enemies in battle. 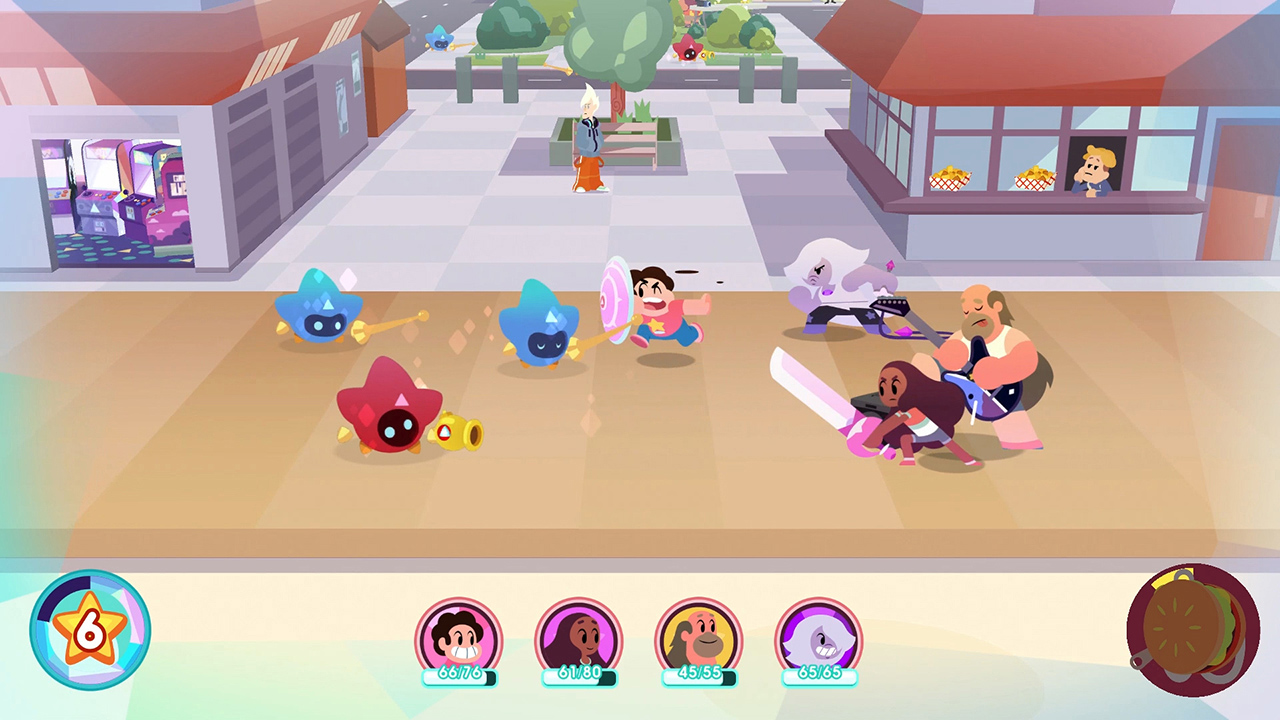 Teamwork is a huge part of the game. In battle, members of your team can cheer each other on, heal each other and protect each other, which generates a connection between the two. When their bond is full, you can engage in a special bonus move that can only be performed by each pair. This can mean Greg performing a special jam on his guitar that gives Connie a huge stat boost, or Steven and Amethyst fusing into Smoky Quartz for the duration of the battle, complete with awesome new moves.

This element of Steven Universe: Save The Light feels very reminiscent of the sweetness of the show. It gives a game that is largely centred around turn-based combat a wholesome sense of friendship, combining action and emotion very neatly.

The goal of the game is the retrieve a prism from an original homeworld gem who wants to use it for tyrannical purposes. To do this, you have to fight the monsters that the gem unleashes on Beach City and the rest of the world until you find and battle the final bosses. 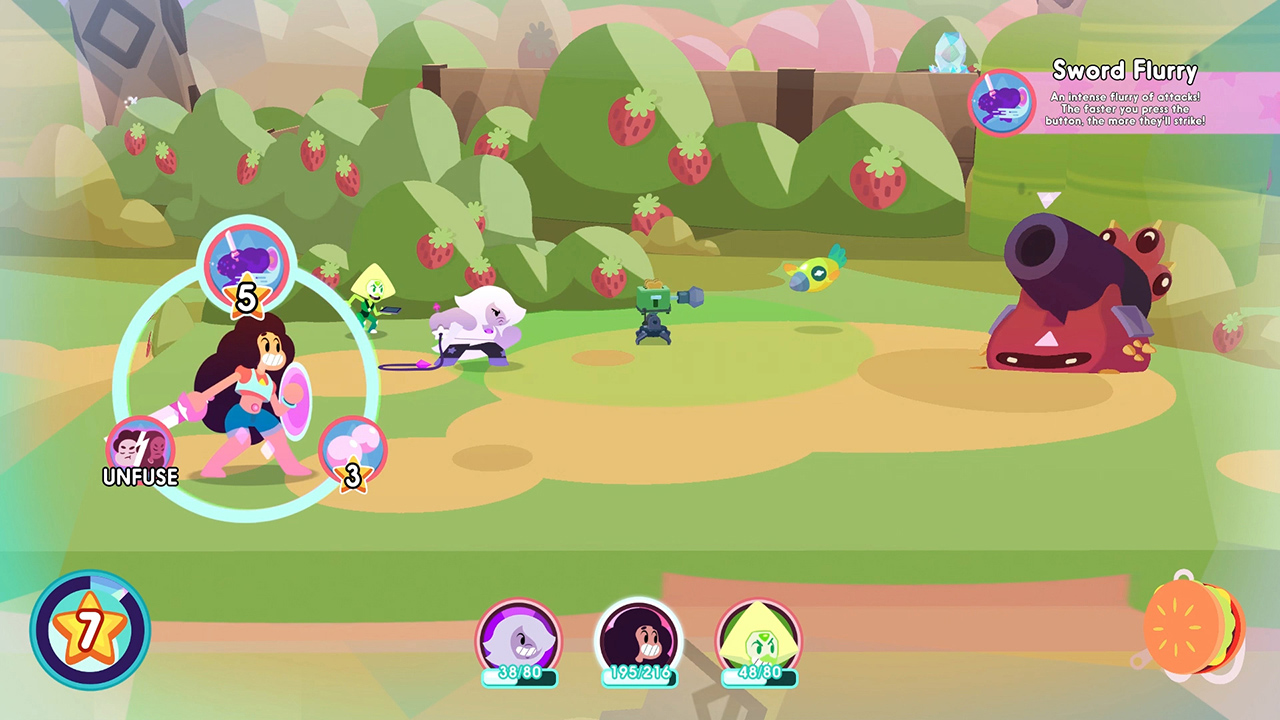 Around this, you get a lot of opportunity to explore the world of Steven Universe, which is built in a way that immerses you really well. Side missions include finding glow sticks that Sour Cream lost in the forest and helping Kiki deliver pizza, so you feel like a part of the Beach City community even as you go on your adventure.

The game uses the voice actors from the actual show, which is a nice touch.

As anyone who is familiar with the cartoon might expect, the game also has incredible music. It perfectly matches both the gentle art style and the intensity of battle with easy transitions between the two.

Given its diverse following, Steven Universe: Save The Light is accessible to pretty much anyone. It’s simple to pick up so even children would be able to play it, but has enough challenge to it that adults won’t be bored. It has a lovely story about rescuing someone you care about and trying to make the world a better place in the process.

Steven Universe: Save the Light has a fairly standard RPG format, infused with all the music, light and love that has garnered the franchise such a huge cult following.