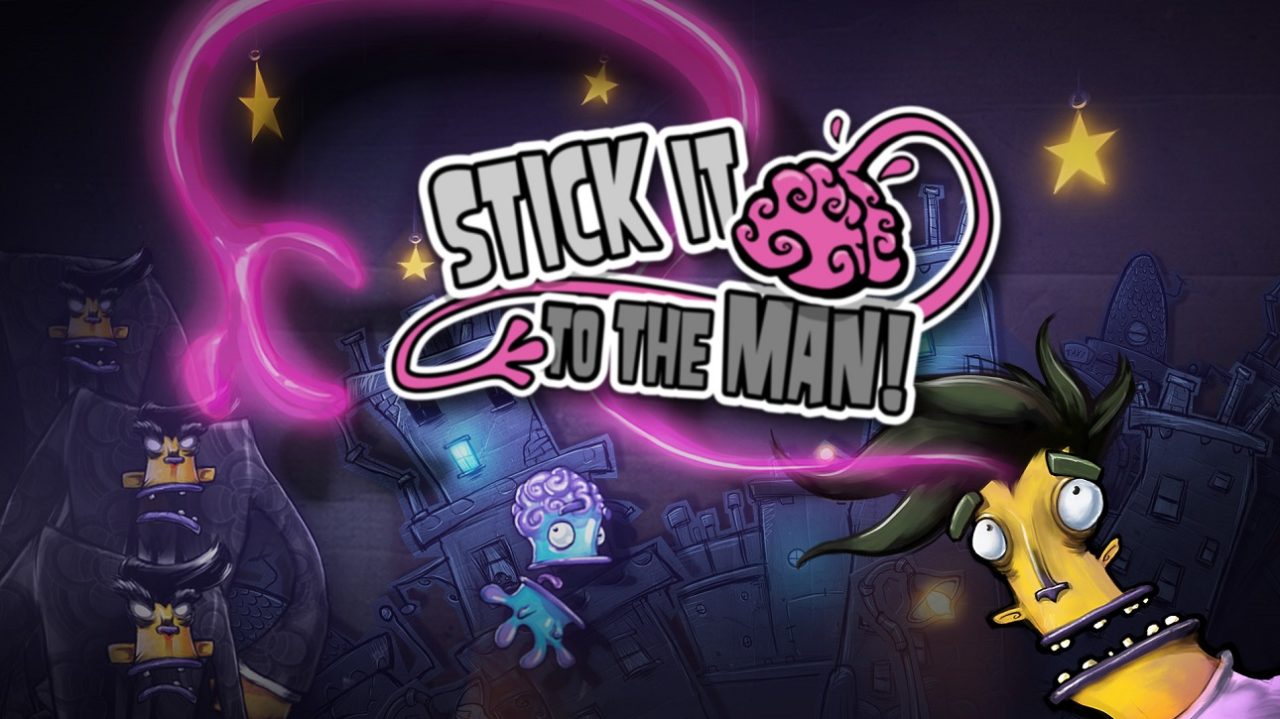 A point and click graphic adventure wrapped in a puzzle platformer, Stick it to the Man brings much humor to the Nintendo Switch. In fact, I’d say humor is a key selling point for this genuinely funny release. Some of the comedy is dark, but the end result is a game that made me chuckle time and again.

We previously covered this title on the Wii U, so you can check out our original review from 2014 for a different take. The key mechanic here is an alien arm protruding from the head of lead character Ray, the result of a piece of damaged aircraft falling out of the sky. Where was his hard hat when he needed it? From coma dreams, to hallucinations, imaginary things, and maybe even a bit of just plain nuttiness, Ray will have one strange adventure.

The spaghetti arm advances the games by solving puzzles, and it works very well for that, as you hear thoughts and solve puzzles via stickers. Less successful are its uses during platforming segments, mainly those that require speed. On the run from agents who are after the alien, there are many times Ray will have to quickly avoid pursuit. Practice makes perfect with these controls. Thankfully capture never punishes the player too much, as checkpoints (Mr. Copy machines) are spread throughout.

Stick it to the Man really succeeds by celebrating what so many other point and click games have neglected in recent years; strong characters. The devs refer to them as “an amazing cast of characters” and that’s not far off the mark. A few weak, recycled clichés aside, there is a memorable assortment to add color to the story. The copious amounts of voice acting are generally top notch, even more so when you consider this game is selling for just $11.99. Talkie fans rejoice!

I don’t wish to spoil much plot in a “story-driven adventure game”, but I want to give kudos to the way the fifth chapter, Ray’s Funhouse, is laid out. A psychological trek through the “fantasy land” that is Ray’s alien inhabited mind, it forgoes puzzles entirely. The idea of building an entire chapter around dialogue alone (with just a bit of platforming) is a bold strategy, and one that I quite enjoyed. It shows the strength of the dialogue and vocals, as well as the settings, in this case, a dark Paper Mario-like romp through old memories.

Sadly, dreaded performance issues dampen what is otherwise a great game. One time my load screen froze for over seven minutes (no exaggeration) before the game suddenly sprung to life. Another instance had my save loaded just to find Ray in an unmovable animation loop. There were a couple smaller bugs as well. Restarting a chapter and losing progress from glitches is no fun.

As a point and click fan, there’s so much I enjoyed here. The comedic aspects were nailed, the characters generally quite good, and the great voice acting amplified it all. The game doesn’t overstay its welcome either, so I can see myself replaying this sooner than expected. But I played on eggshells so to speak, as the Switch seemed to struggle to keep my progress going in the latter half. I’m not sure what happened, but I can’t ignore these bugs. They leave what is otherwise a great game, just good on the Switch. If you missed this on the Wii U, don’t miss it again, but maybe wait until it gets a patch. 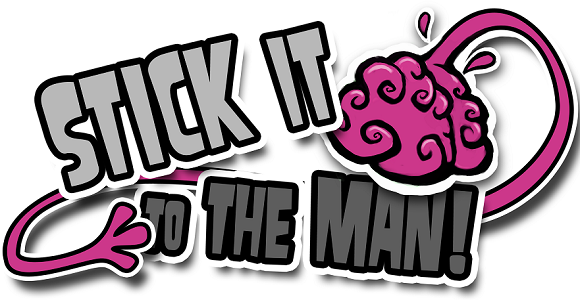 I’m not sure what happened, but I can’t ignore these bugs. They leave what is otherwise a great game, just good on the Switch. If you missed this on the Wii U, don’t miss it again, but maybe wait until it gets a patch.