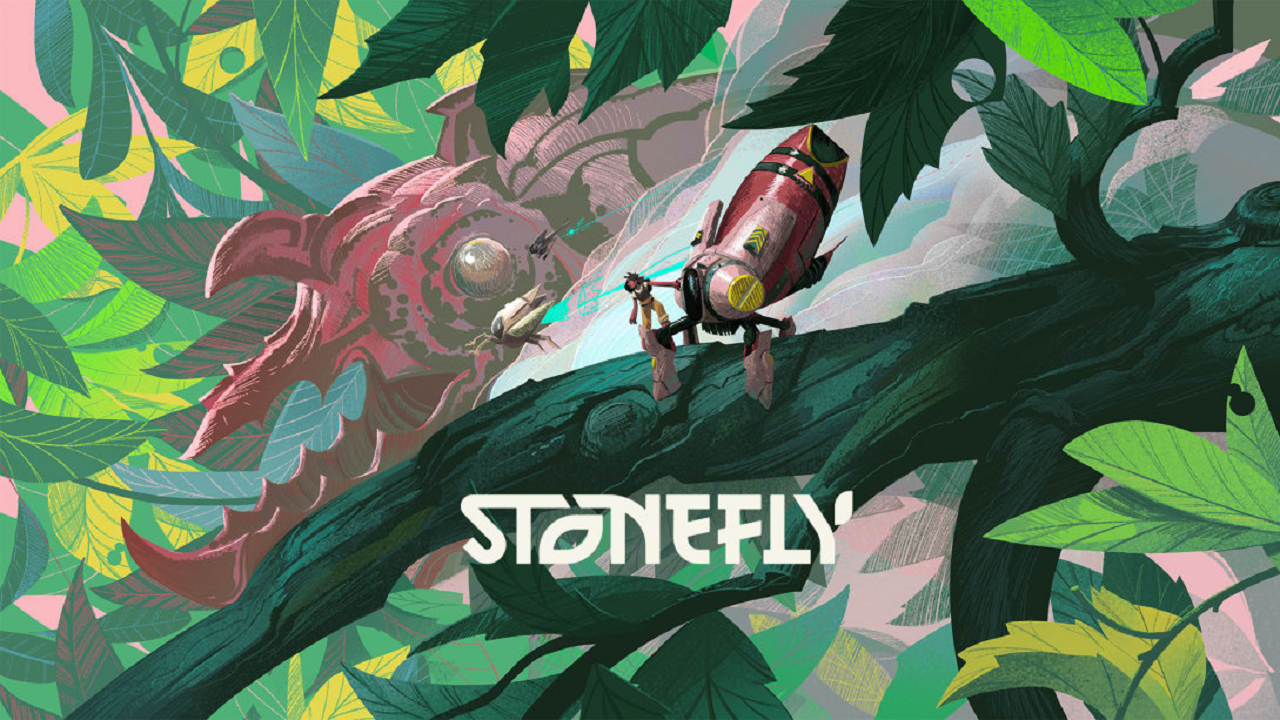 Stonefly, unfortunately, can’t live up to the developer’s previous Nintendo Switch release. Flight School Studio’s Creature in the Well was a game that I was excited to complete. Stonefly, meanwhile, struggled to hold my attention beyond the first hour. It offers a mixture of genres, but not all are done well. 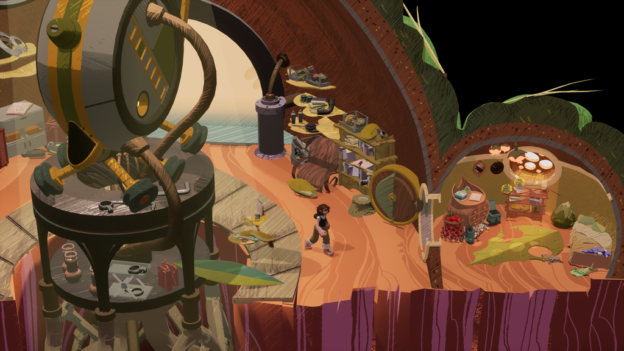 In short, Stonefly would’ve been better with less action and more adventuring. I’ve found its “skillful bug showdowns” grind things to a halt, with the need to eliminate them all by first stunning them and then slowly blowing them off branches. It’s a less deadly approach that I can certainly appreciate, but fewer enemies (and tighter hit detection) would make it flow better. 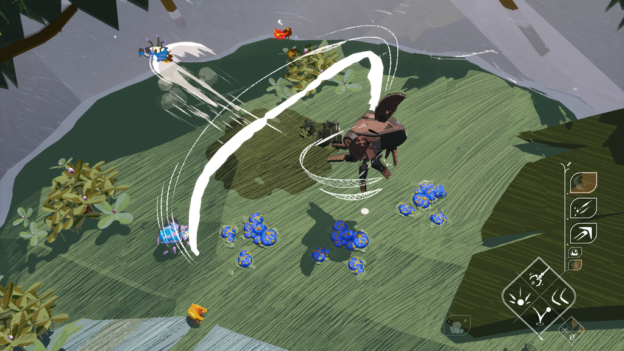 More successful is the platforming, where Annika jumps and glides through the treetops. The story involves her recovering a family heirloom (rig), but she failed to make much of an early impression with me as a lead character. Her text is hard to read on-screen. Rather than proving “memorable,” she kind of blends into the background. 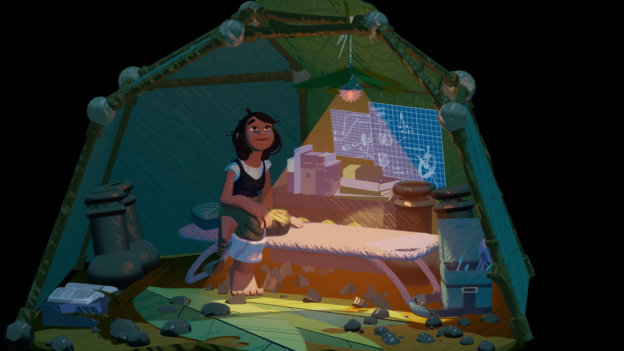 Now she may develop nicely, but will you play long enough to find out? Perhaps not. The opening tutorial feels off. Annika chimes in occasionally, and tiny icons are displayed on the side of the screen. But I felt neither was effective in helping me figure things out. I had to start the game over to replay it. 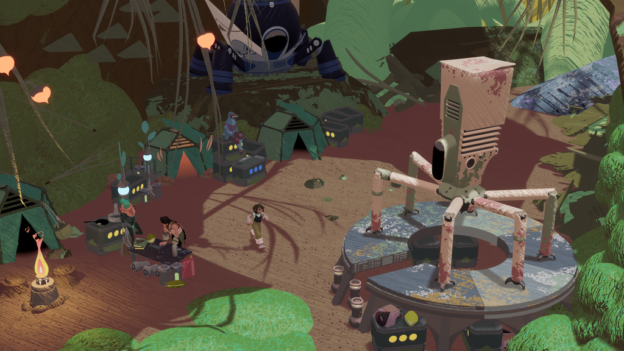 Assist mode has a couple of helpful options – stun duration of the enemy insects for one – and also invincibility. You can’t adjust these on the fly, though. Once selected, you’re locked in. While a welcomed inclusion, these options could’ve used a bit more thought. 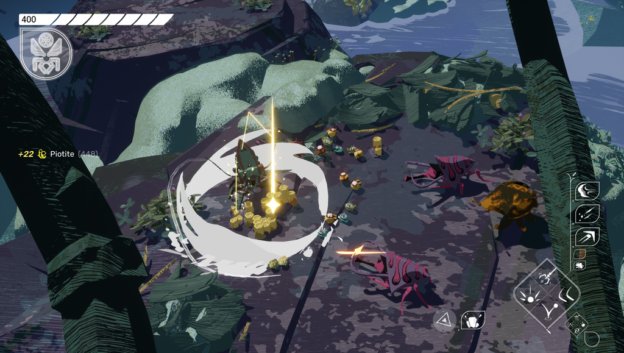 When adventuring, it isn’t always clear where you can go. I platformed to an unintended section and glitched the game! Thankfully reloading it fixed things, but that’s discouraging. It’s not “Chill and tranquil” when I play in fear of bugs, and not just Stonefly’s enemy bugs. 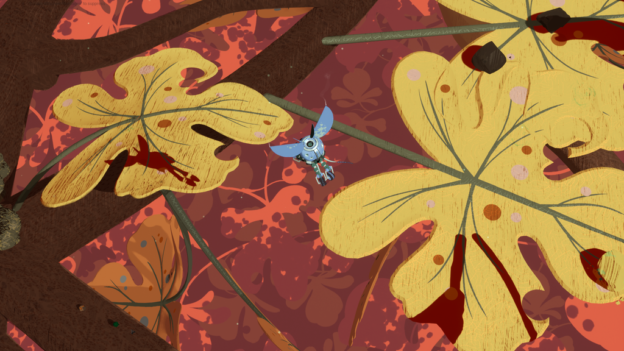 What saves Stonefly to an extent is the spectacular audio/visual package. It creatively portrays its world with beautifully handcrafted art. It looks stunning, and the accompanying music sounds spectacular. I left the game running just to listen to it. 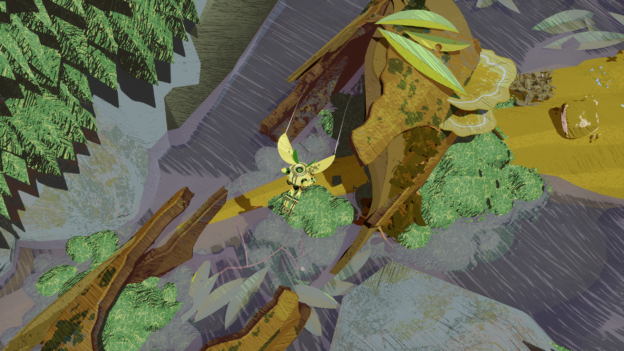 Stonefly delights the eyes and ears. But the gameplay mix, despite offering some depth, can’t do the same. The combat simply isn’t much fun, and exploring runs the risks of glitches. This strange premise just isn’t executed that well. I’d stick with Creature in the Well until Stonefly gets a discount and patch.

Stonefly delights the eyes and ears. But the gameplay mix, despite offering some depth, can’t do the same. The combat simply isn’t much fun, and exploring runs the risks of glitches. This strange premise just isn’t executed that well. I’d stick with Creature in the Well until Stonefly gets a discount and patch.