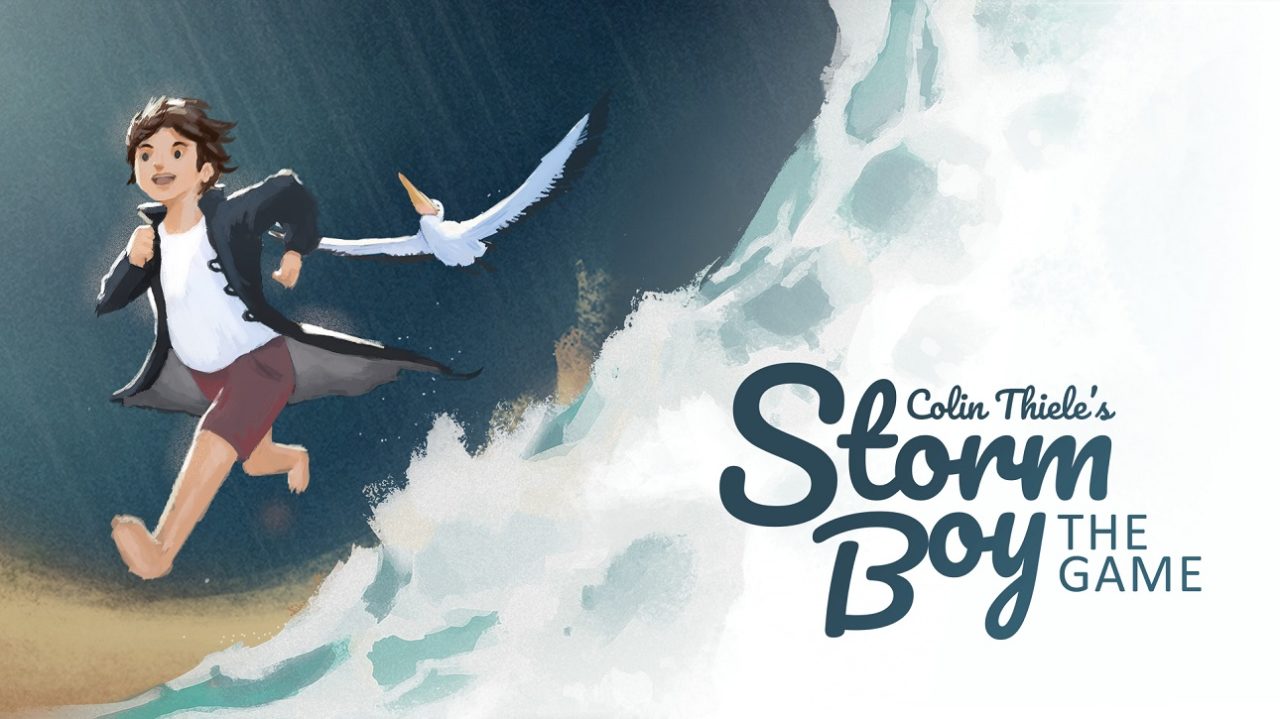 Even before getting the Storm Boy review code, I found the painterly visuals to be intriguing enough to consider purchasing. I wasn’t sure what to expect, after learning it was based on a book. Was it going to be like a virtual book or an actual game that follows the events of the book? In the end, it turned out to be a bit of both.

I was met with disappointment and a chore of reading the text above Storm Boy while moving only left and right. There wasn’t even a narrator to read the text, which would have been great, especially if this game is meant for a younger audience. Maybe it was just the beginning, I thought. Unfortunately, the bulk of the game consists of moving to the right and stopping to read the text.

The other part of the game is mini-games that tie into the part of the story you are on. For example, when the book says that Storm Boy would feed the pelicans, you play a mini-game in which you toss fish into the pelican’s mouths. I like the concept of there being mini-games because they subverted the previous tell and not show way the story was often portrayed so far, but most of them are optional whether to complete or play at all. There was only one mini-game I found enjoyable, which was one where you’re free to draw in the sand, but even that was a challenge to control.

Speaking of controls, the game isn’t the best control-wise. You really have to aim it exactly the right way, otherwise, it won’t register. There’s a mini-game where you dig up 100 cockles. Thankfully, it was optional whether you dug up 100 or not! Don’t do it, trust me, digging up 100 cockles didn’t change the story at all. It’s not the worst game out there in regard to controls, but noticeable enough that I felt it was worth mentioning.

For more positive parts of the story…er…game, I liked the art style. It isn’t the best in graphics from what the Switch can do but art style does fit the story, making the game feel like pictures in a children’s book. The music is also pretty good, fitting the atmosphere and mood very nicely. I thought the story was nice and Mr. Percival the pelican was absolutely adorable.

Overall, Storm Boy was a disappointment to me. I thought it would be a lot longer as well. I completed the game in an hour and most of the time spent was due to having to stop and read the story as well as goofing around with the drawing in the sand mini-game. You could probably beat the game in less than 10 minutes or so if you skipped the optional mini-games. It is priced at $5.99 and is sadly not worth the price, even if it goes on sale. I really hoped that Storm Boy would be a short but sweet game but, in the end, left me feeling empty and wanting there to be more to it than what was actually there. Sadly, I don’t think I’ll be playing Storm Boy again.

Overall, Storm Boy was a disappointment to me. I thought it would be a lot longer as well. I completed the game in an hour and most of the time spent was due to having to stop and read the story as well as goofing around with the drawing in the sand mini-game. You could probably beat the game in less than 10 minutes or so if you skipped the optional mini-games.