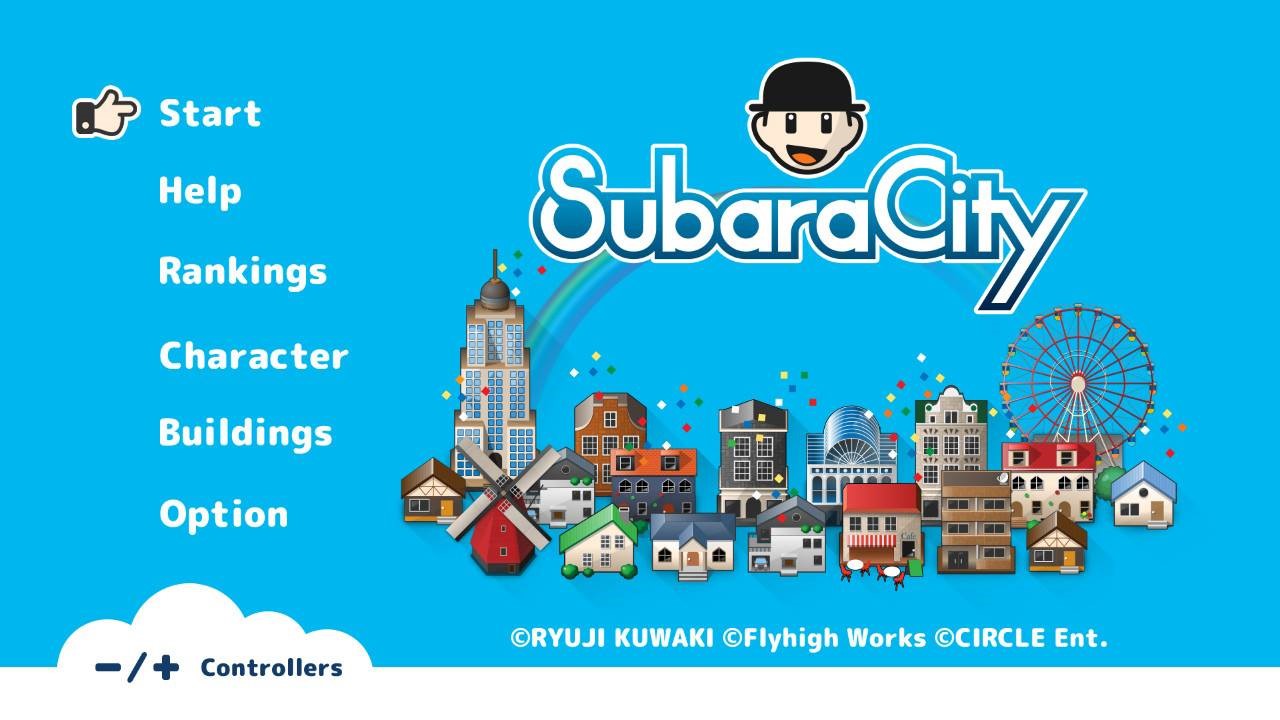 SubaraCity is a puzzle strategy game that gives an interesting twist on the block matching genre. In this game, not only are you matching the same-colored blocks but you’re also matching the same types of houses and buildings to create bigger buildings. The goal of SubaraCity is to unlock as many different types of buildings all the while trying to beat your own high score. 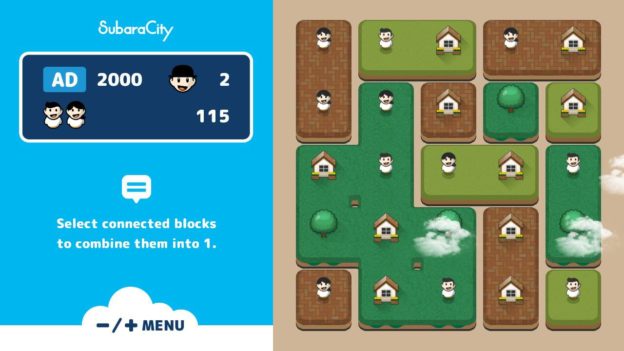 In order to match the same types of houses together, they must be on the same terrain – grass, brick, concrete, etc. There’s some thinking and strategy involved. Once you match something together, it becomes one block and new blocks fall from the top. It’s easy to trap yourself until you have no moves left. At the start, you get two mayors. Once you’re out of moves, you can use one mayor to delete a block. You can gain one mayor for each 100 years in the game – each move is one year. Once you’re out of mayors and out of moves, then it’s game over. 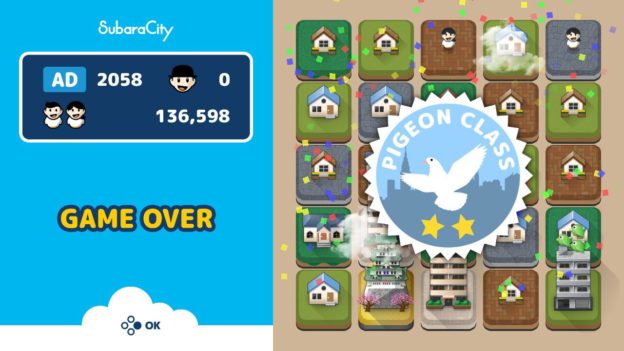 There are no levels in this game. It’s one and done. Once it’s game over, your score goes on the rankings list and then you start a new game all from scratch. There are three save files to the game though they don’t really do anything. If you’re in the middle of a game, you can save and quit and the game will be on one of the save files. However, the games are pretty quick so there’s no need to save in the middle. Once you complete a game, your score is automatically saved on the rankings board. 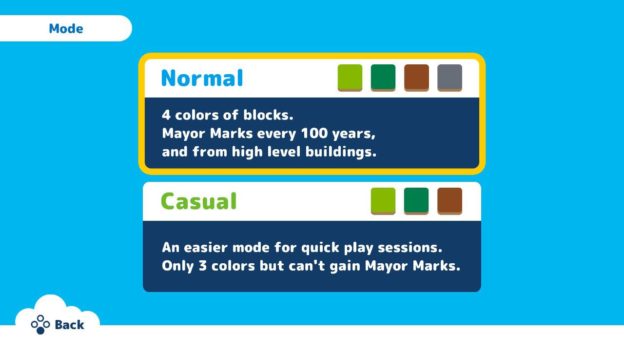 There are two modes to the game – Normal and Casual. For the most part, they’re the same. Casual is a little easier having only three terrains instead of four, but you can’t gain any mayors which means you can get game over faster. Normal has four terrains but allows you to gain mayors in an attempt to stay in the game longer. I played both versions and honestly, normal mode seemed easier than casual. They both play the same and there’s no time limit for either of them. The only difference is on the rankings board. It will state whether the score was from normal mode or casual mode. 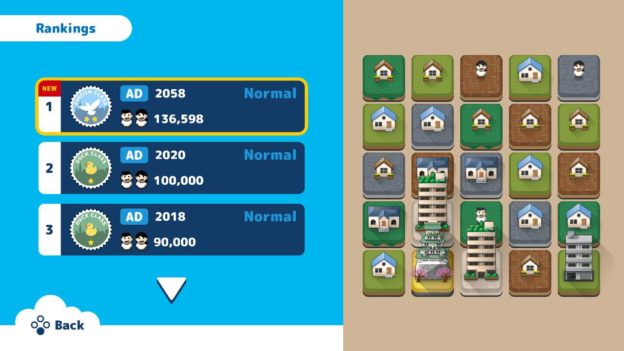 SubaraCity is a relaxing, casual game. However, it’s bare bones and it can get boring after a while. There are only two modes which are very similar to one another, no chance to beat any high scores other than your own, and there’s no story to back it up. There’s not even a lot of direction, even though it’s very easy to figure out what you’re supposed to do.

SubaraCity is an interesting twist on the puzzle and strategy genres. While it’s great to pick up and play as you go, there’s not much to the game and can get boring quickly.