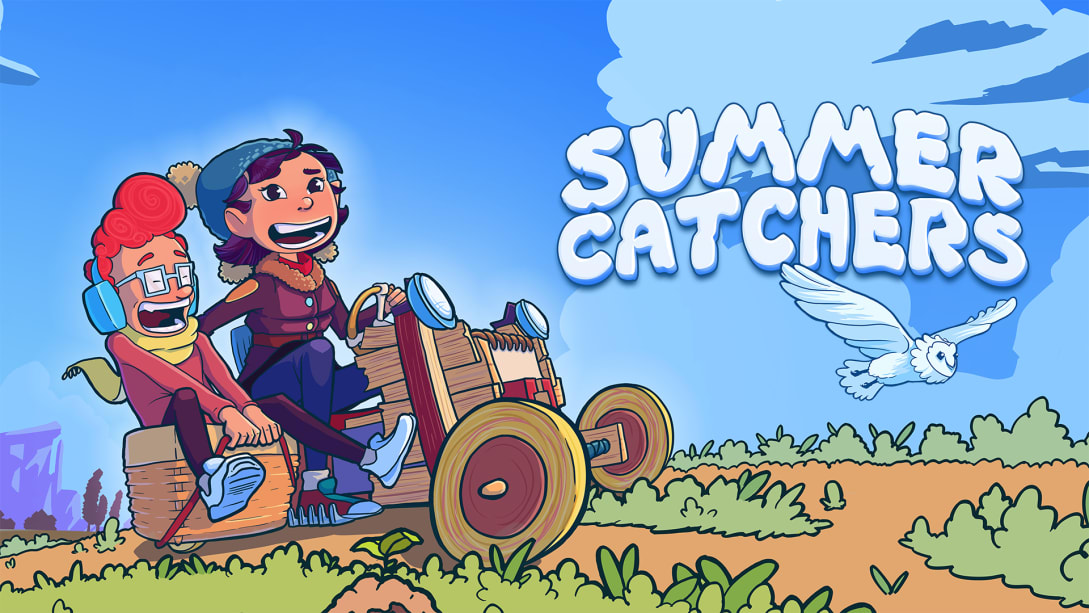 Summer Catchers is a great game, but I’m not very good at it. Not because it’s particularly difficult or incomprehensible. But because I need to stop playing games that require quick thinking and reflexes at night—which is incidentally the only time I have to play games these days.

Summer Catchers is part car-racing, part platformer. You play a little girl who wakes up in the middle of winter realizing that she’s never seen summer. After a funny conversation with a wolf who owns the woodshop nearby, she uses a cart he gifts her to race through the hills of the wintry forest in search of summer. 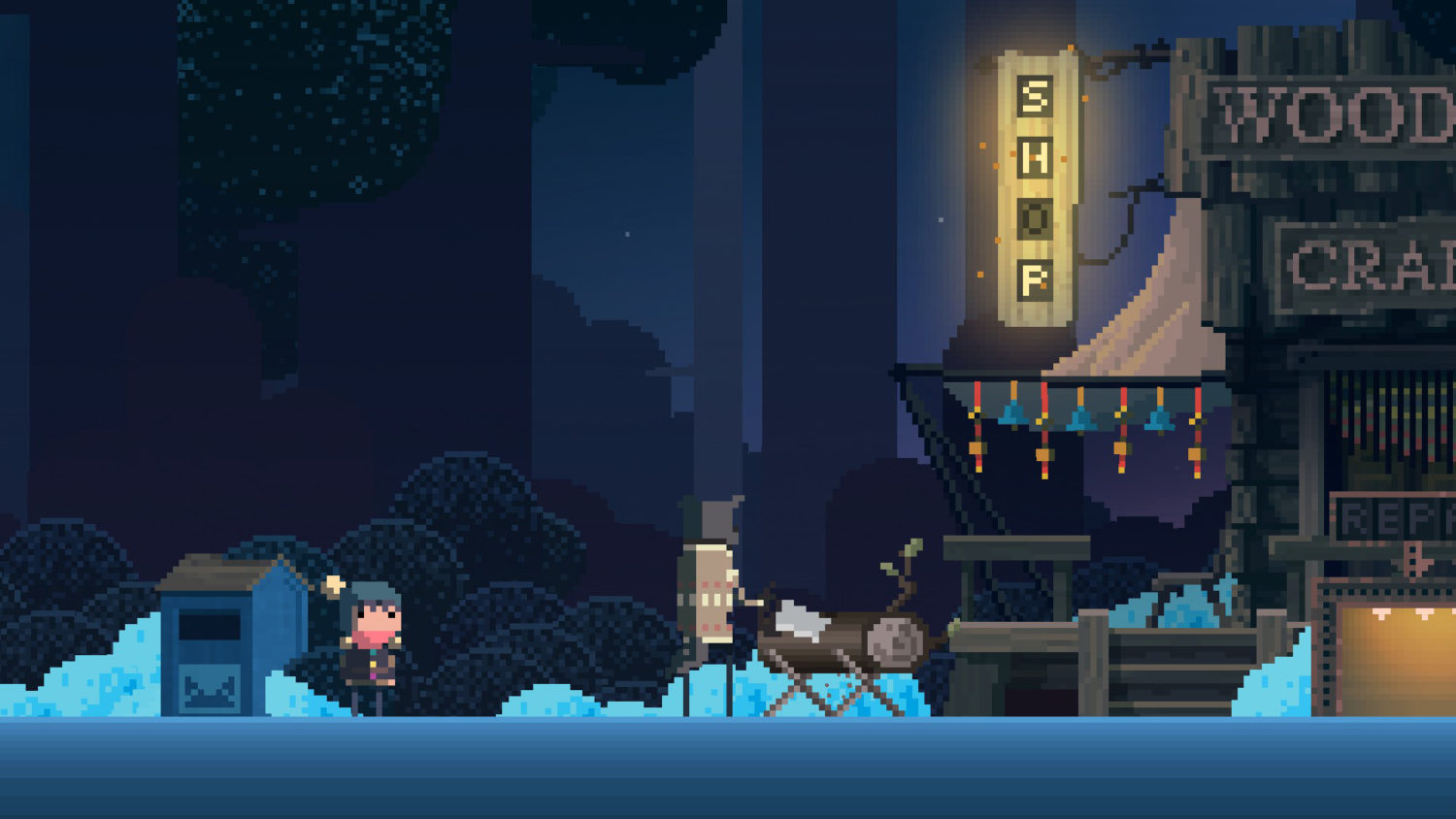 I really love the art style of this game. Every time I think I’m tired of pixelated or retro-skinned titles, I find one that adds enough dimension and an interesting palette to draw me back in. Summer Catchers is that game. From the very beginning, the game opens with soft, sweet music. Pixelated snowflakes fall delicately from the sky—turning and flipping on a three-dimensional axis. The foreground, middleground, and background all blend and blur to make the forest feel vast. It’s wonderfully done.

The best part? Summer Catchers can easily be played with a Joy-Con or Pro Controller. Its controls are simple. The cart moves along the hills and valleys of the forest without input for ignition or steering. You cycle through tools purchased from the wolf with collected mushrooms, and use the tools at the right time on the tracks. Some challenges have special tools, but in most cases you’ll start off using a boost, jumper, or a plow to bust through obstacles.

The trick comes with your timing and ability to think quickly about which tool you need. You can see three at any given time, and they’re all randomly presented to you. You do have the option to swap out tools between actions, but whatever replaces it is also random. 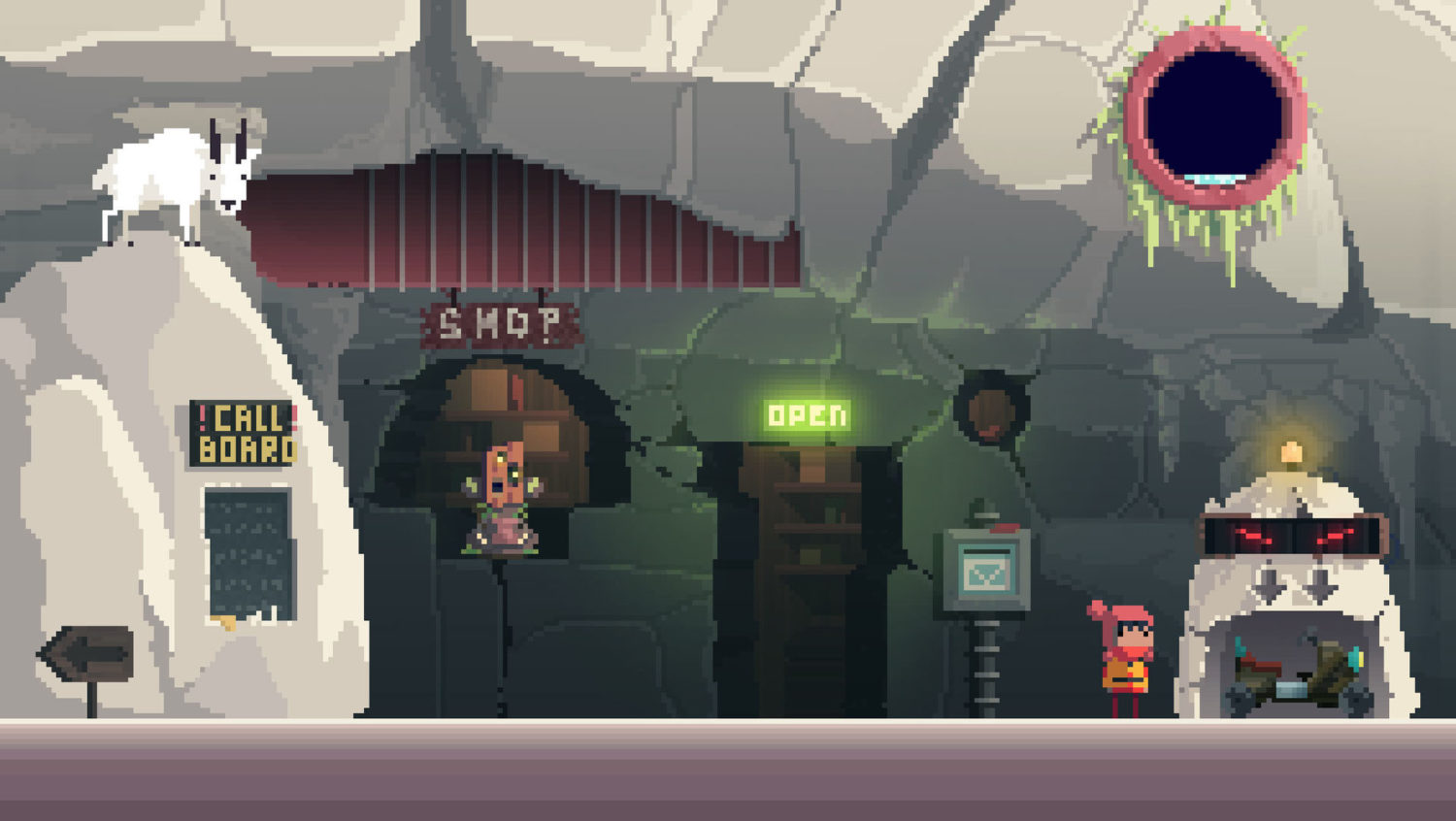 This is why playing late at night, when I’m most tired, isn’t my best option for getting through a level in one piece in Summer Catchers. The foreground might sometimes obscure obstacles if you’re not looking ahead well enough. Your tools may not present any helpful options, so you have to get creative or be willing to take a hit. Too many hits, and you’ll start back at the shop. In moments of frustration, fear not, impatient gamers! You can rapidly press A while hovering over the repair station to jump back into the level quickly.

Another thing I feel I should share, because the game waits to tell you this until you fail a level, is that you can change the difficulty by navigating to your menu while at the wolf’s shop. Cranking this down did help a lot for my late-night brain, but I still found trouble with the first “boss” level, in which a weird looking yeti creature chased me through the forest.

It’s hard to be mad at a game like Summer Catchers that has such a sweet sense of humor and such an interesting way to present a simplistic gameplay design. I may be too groggy for this one, but I caught myself staying up later than I should to try and fail multiple times over. If you’re looking for the next indie platform that’s not just a character jumping from ledge-to-ledge, I definitely recommend Summer Catchers.

It’s hard to be mad at a game like Summer Catchers that has such a sweet sense of humor and such an interesting way to present a simplistic gameplay design. If you’re looking for the next indie platform that’s not just a character jumping from ledge-to-ledge, I definitely recommend Summer Catchers.