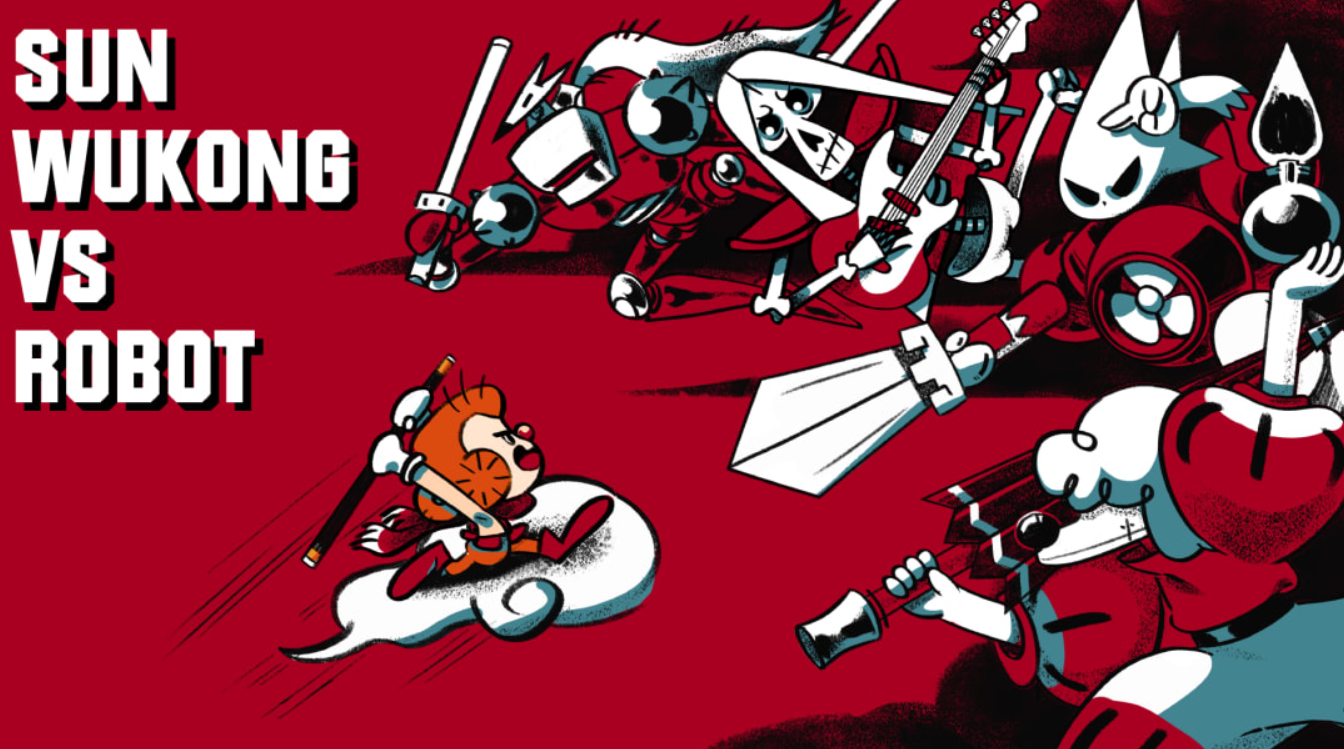 Sun Wukong VS Robot is an action-arcade platformer for the Nintendo Switch. The game exists as a fun homage to classic games of the early ‘90s, reviving the simple joy of platforming. At least, it had that effect on me.

Sun Wukong wears its retro vibes on its sleeve. It takes its cues from old-school classics like Castlevania and Commander Keen. Don’t get me wrong – these games merely inspire it; it’s not meant to be as deep in terms of longevity. This is a budget title that serves as a short and sharp foray into a world overrun by insidious robots. And that’s perfectly ok. 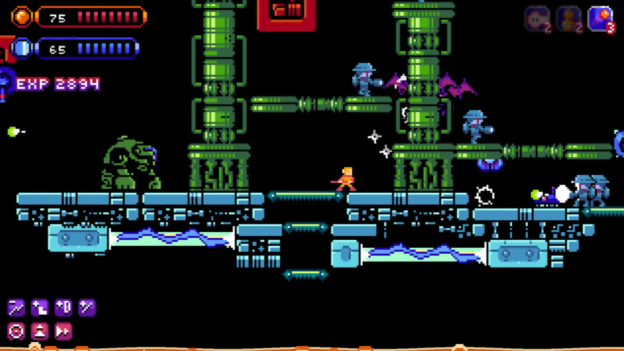 There’s not much to the story. You play the role of Sun Wukong, trapped in some kind of robo-facility. Your mission is simple: destroy robots and escape. You sport a nifty bo staff from the outset, discovering three other special weapons along the way. You also earn experience points for every robot demolished. These provide a simple role-playing element, presenting the opportunity to upgrade your character at certain intervals. You can unlock the ability to pass unscathed through lava or electricity, for example. You can also upgrade your defence and attack.

It’s a good thing, too, because this is a tricky game (another relic from the past). There are countless robots ready to stop you from progressing, from kamikaze robots ready to rush you with their bombs to some kind of bat-robot that hurls shuriken at you. These bad boys are particularly nasty, following you once activated. Gun turrets, lava, moving platforms – all the usual tropes are here. Thankfully, despite its strong retro vibes, Sun Wukong never feels unoriginal or dated. I just wanted to keep playing. 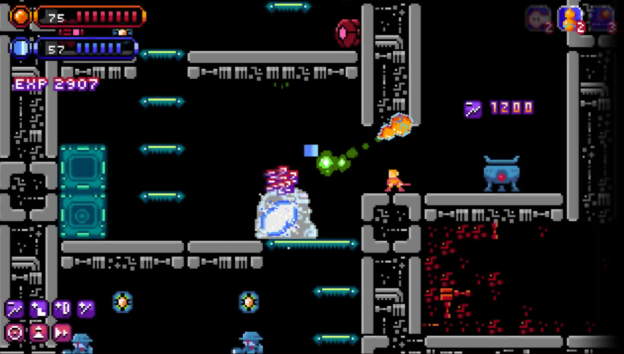 The graphics are simple, relying on red and black hues to emphasize the classic vibe. There are other colors, like blues and grays – it’s not as monochromatic as the Gameboy era – but these are used effectively, almost strikingly, to prove that simplicity is sometimes best. The small sprites, for example, convey plenty of animation, whether it’s the blue cowboy-hat-wearing robot waiting to shoot at you or those creepy green ones carrying the bombs (side-note: they move really fast and screech at you!). Each sprite has its own personality, which is even more impressive when you consider that they’re robots. Plus, everything moves along smoothly, with no lag or loading issues evident. It’s a well-made game.

Another feature I like is the map. It’s simple, but when you pause the game, you’ll see an outline of which rooms you’ve visited and where the exits are. This helps identify where to go next, meaning I was never lost or frustrated about how to progress. On the flipside, the boss fights did border on frustrating, purely because of their difficulty. What classic platforming adventure is complete without them? I managed to beat them after a few tries. Ok, after many tries. Some less-dedicated fans may not persist, but there is the opportunity to grind a little to earn those upgrades I mentioned, making it slightly easier. 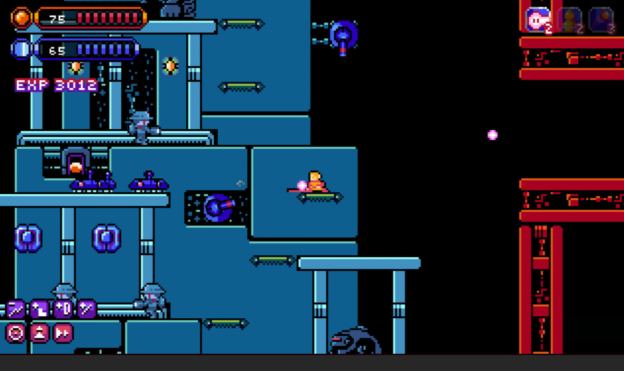 Overall, Sun Wukong VS Robot is a great platforming experience, with hints of metroidvania and role-playing elements thrown in for good measure. It’s addictively fun to play, hard as nails, and honestly a joy for fans of the genre. At the budget price of $4.99, it’s easy to recommend this title to players ready for their next challenge.

Sun Wukong VS Robot is a great platforming experience. It’s addictively fun to play, hard as nails, and honestly a joy for fans of the genre. At the budget price of $4.99, it’s easy to recommend this title to players ready for their next challenge.