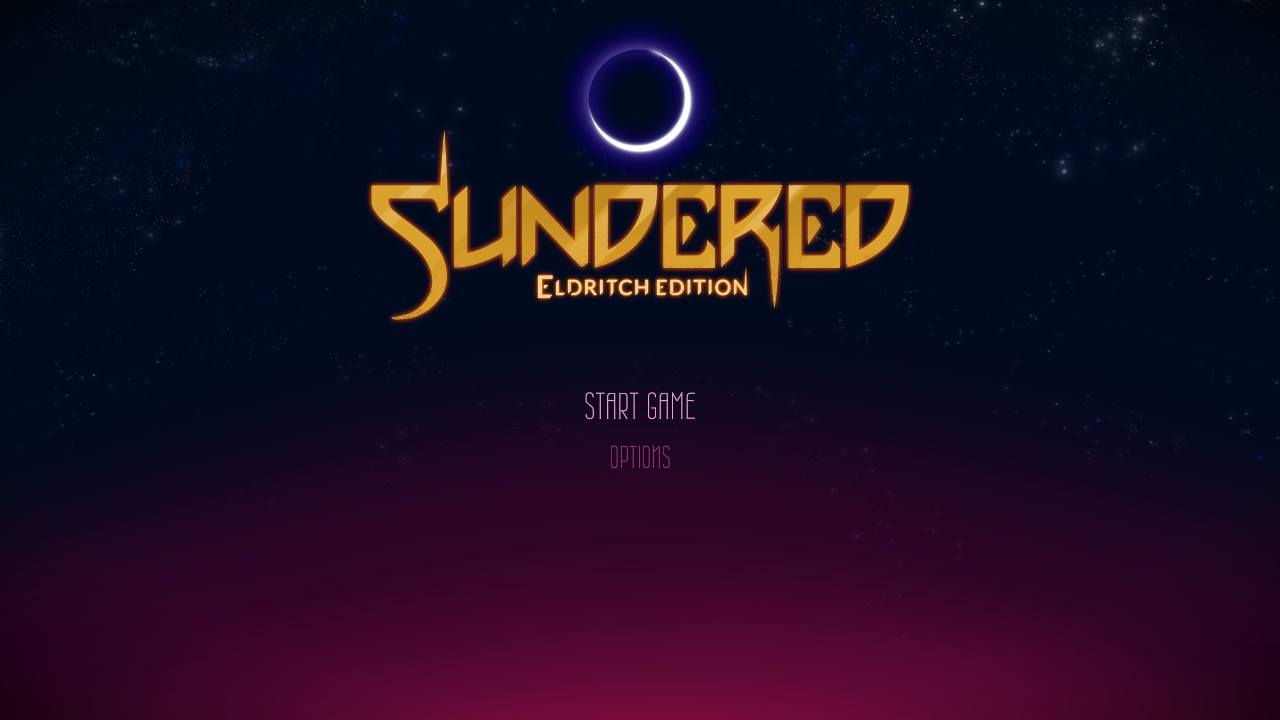 Sundered: Eldritch Edition is a great platformer packed with plenty of action and adventure. Your character, Eshe, is given the ancient eldritch powers and it’s up to you to decide whether to resist the powers or embrace them. Overall, the point is to survive massive hordes of terrifying enemies. 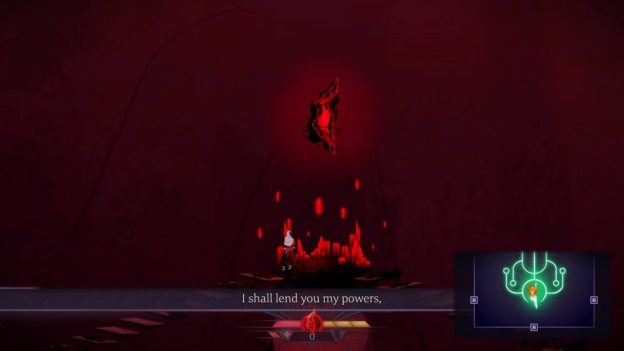 The game begins with Eshe trekking through a deserted area in the middle of a sandstorm. I stared at the screen for a few minutes before I realized I needed to move Eshe forward. Once I had figured that out, the protagonist slowly moved through the storm before coming across an ancient looking area and being swallowed whole by a dark matter. Thus, the game begins and you’re given the eldritch powers to survive. 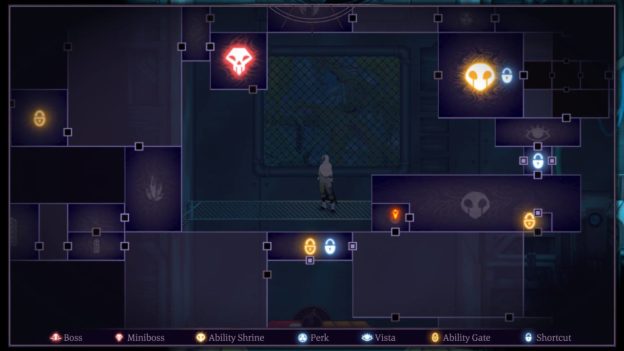 Eshe is now trapped in a ruined world, swallowed by deep caverns surrounded by hordes of enemies and bosses. The map is huge and is revealed the more you explore the caves. I originally thought there were levels to the game, but the map is actually seemingly endless. There’s always a new place to explore. The deeper you get into the cavern and the more of the map you explore, the more the game keeps you on your toes. 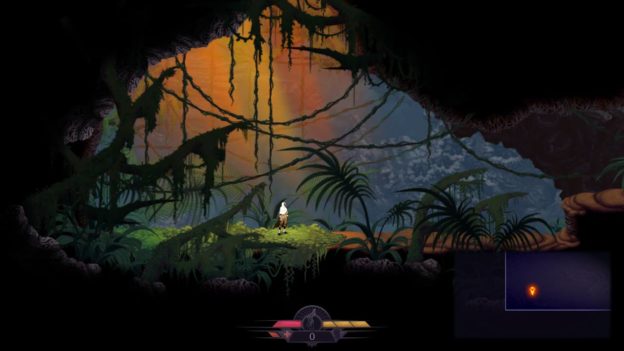 There’s no true explanation of a story or plot for the game. The main goal seems to be to survive and get out. However, when Eshe dies, she doesn’t actually die. The caverns are keeping her alive whether she resists the power or embraces it. There are three shards to be collected throughout the game and, if I’m going to be honest, I’m not sure if these shards are helping Eshe or not. I don’t know if my choices have been making Eshe embrace her powers or not. I’ve been going through the motions of the game – if there’s an item to collect, I collect it. If there’s an enemy to defeat, I defeat it. I don’t know what counts as “embracing” the powers and what counts as “resisting” the powers.

It’s easy to go through these motions though, and that’s not said in a bad way. This game is fast paced and the controls are very smooth. Eshe can run, jump, double jump, wall jump, dodge, attack in various directions – even while in mid-air. Each control is responsive right away making the hordes of enemies so much fun to fight. The controls make the battles easy, but with the groups of enemies coming at you, the battles are difficult. It balances out quite nicely. 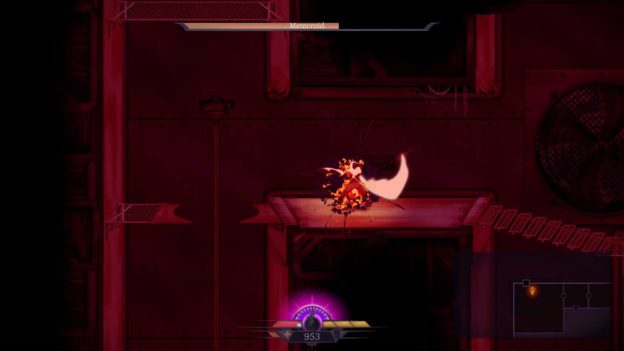 There is a skill tree for the game as well. As Eshe explores the large map, there are various canisters, crates, and treasures that give small green pixels that resemble experience points. Once you die – or you can go back to the Sanctuary through the pause menu – you’re brought back to the “hub” part of the map, if you will, and you can use those points to gain more skills. This includes more health, armor, a better shield, more energy, and a lot more. The only downside to going back to the Sanctuary on purpose or by dying is that you have to make your way back to where you were on the map. There’s no teleporting or saving where you were. If you’re super deep into the map, you have to backtrack all the way back, which can get tedious. 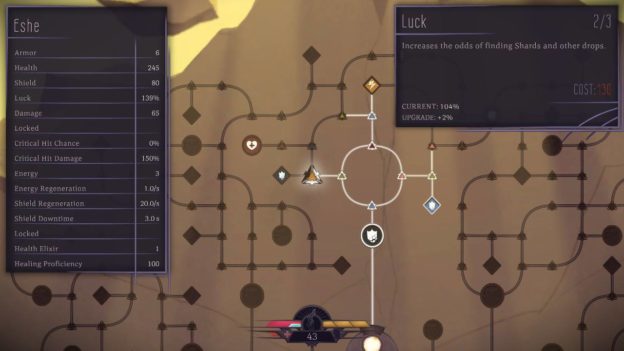 The graphics of this game are gorgeous. The Nintendo Switch is a good home for the crisp visuals and it looks great both on handheld and the big screen. The music is just as great. It was ambiance during the downtime and it really picked up when the hordes came. You always knew when enemies were coming. The sound effects were spot on as well. The alarm blaring in the background – whether you were fighting or not – was unnerving.

Overall, Sundered: Eldritch Edition is a wonderful experience. It’s a great game to play alone or with friends. If you’re going to play the game, though, cut out a good chunk of time to do so. This isn’t the kind of game to pick up and play as you go. It’s easy to get sucked into the gameplay and lose track of time.

Sundered: Eldritch Edition is a great platformer packed with plenty of action and adventure. With its beautiful graphics and smooth controls, this is a game you don’t want to miss out on.