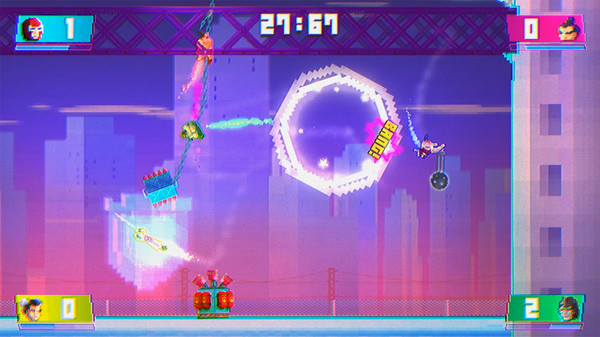 In an age where there is no end of captivating fighting games, Super Hero Fight Club: Reloaded needs to have something special about it to stand out from the crowd.

The game is certainly eye-catching, with 8-bit characters brawling against a background of bold colours. It has a classic arcade style that is complemented by the retro design and funky music. You can play against the AI or against other people in battles of up to four players.

In single player mode, there are three ways to play. You can battle different characters in a ladder through more challenging opponents, undertake missions or play indefinitely in survival mode.

The early missions effectively make up the tutorial section of the game. The first few missions involve things like staying alive for specific periods of time and winning points without conceding any to your opponent. They get increasingly difficult as you unlock new missions. 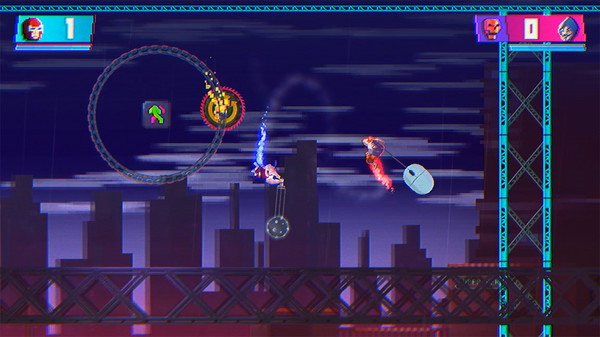 Because of the structure of the battles, it’s definitely worth doing the missions before jumping right into the arcade mode.

Rather than a Tekken-style fight to the death, Super Hero Fight Club: Reloaded works on a point system. Each time you manage to hit your opponent, you win a point and the stage resets. The first to three points wins.

This makes for a very quick fight. The game as a whole doesn’t have much of a narrative, so it’s great for killing a little bit of time or challenging yourself to hardcore survival sessions without needing to get invested in a complicated plot.

Super Hero Fight Club: Reloaded is not the kind of game that has been designed to take too seriously. This is pretty clear from the beginning. 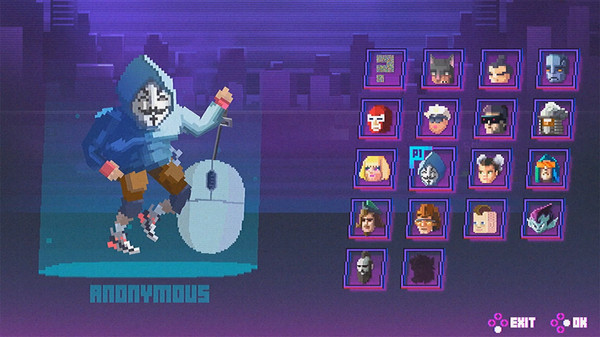 The 17 character options you are offered are not real superheroes, but are made up of parodies or joke characters. There is Ratman, which looks oddly similar to a certain masked vigilante. You can also play as Anonymous, complete with a Guy Fawkes mask and a hoodie, using a computer mouse as a weapon. The sense of humour here definitely motivates you to try some of the sillier characters to find out how their weirdness manifests in battle.

The characters come with three kinds of weapons. Some have handheld melee weapons like hammers or nunchucks. Others have long range shooting weapons like guns or bows. Others use weapons that swing around, like wrecking balls.

This gives you the freedom to explore what kind of fighting style you like the most, with mission purposely geared to encouraging you to develop different skills with each character.

Super Hero Fight Club: Reloaded is a simple and very quick game, and decently entertaining. It won’t be able to compete with the bigger name fighting games out there, but has enough going for it that it is worth the low price.

Super Hero Fight Club: Reloaded is fast-paced and funny and will definitely entertain you enough to justify the modest price.