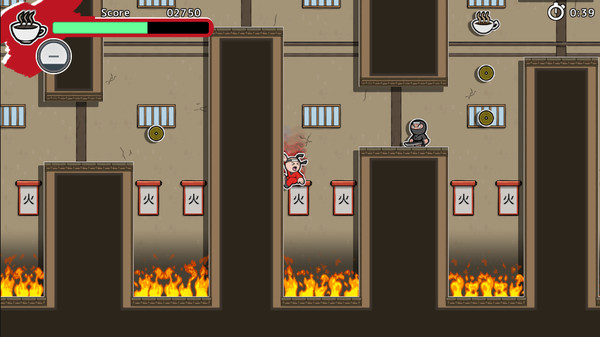 If it wasn’t apparent from the name alone, Super Hyperactive Ninja is an immediately ridiculous game with its sense of humour built into its core.

It has a quirky cartoony art style that suits the exaggerated movements of your character and well matches the 2D side-scrolling gameplay. The game is all bright colours with a retro soundtrack to give it that nostalgic Saturday morning atmosphere.

For all its cheerily childlike appearance, Super Hyperactive Ninja is a game that adults will be able to relate to immediately. The goal is to retrieve stolen coffee by making your way through various levels to where the Legendary Coffee is being hoarded. Along the way, you have to keep your energy levels up by consuming coffee that you collect along the way. 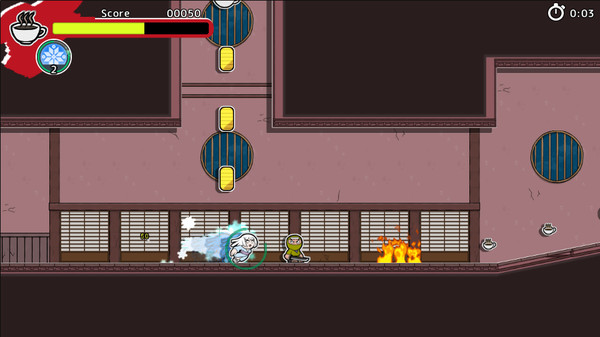 It begins with a basic level in which you quickly pick up how to move around. It charmingly instructs you to “press Jump to jump”, then congratulates you for figuring it out on your own. It’s not that hard. It then gets increasingly harder, showing you to take on more complex obstacles, such as spikes, fires and pitfalls, and eventually enemies.

There is plenty of coffee to keep you going and gold to collect which ultimately determines the score you get at the end of each level.

You only have basic skills in your standard form, but you can go into hyperactive mode to switch things up a gear. This drains your energy a lot faster than regular running and jumping, but you’ll need to truly master it if you want to get your hands on the Legendary Coffee.

Hyperactive mode is surprisingly evocative of what it’s like to be on a massive caffeine rush. You move insanely fast and you don’t have a whole lot of control over the direction you’re going. It’s a bit disorienting in a way that gives the game a real sense of challenge as you get to the more difficult levels. 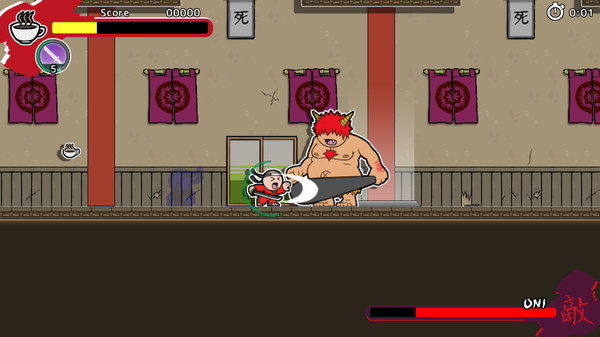 There are some quirks to the game that make playing it more unique than your typical 2D platformer. For instance, you can only attack from behind. This means you have to be careful before you go barrelling into any old enemy, and it’s also a little bit cheeky.

While Super Hyperactive Ninja is easy enough to pick up, it is difficult to master. It is made even more challenging still by the fact that you lose points for each time you die, whether that is because you were stabbed by an enemy, leapt into a fire or simply ran out of energy and collapsed off the edge of the screen. This can mean that you can get through a level after as many attempts and you need and end up with zero points to show for it.

Super Hyperactive Ninja is not a complex game in terms of story or gameplay. But it offers over fifty levels, with lots of bonus features to unlock, including secret paths and a two-player fighting mode. It has a silly premise, but it’s well put together and anyone with a love of fast-paced games will get plenty of joy out of it.

Super Hyperactive Ninja has a simple and silly premise that results in a funny, fast-paced game. It’s not complicated, but it is challenging even to keep you engaged level after level.