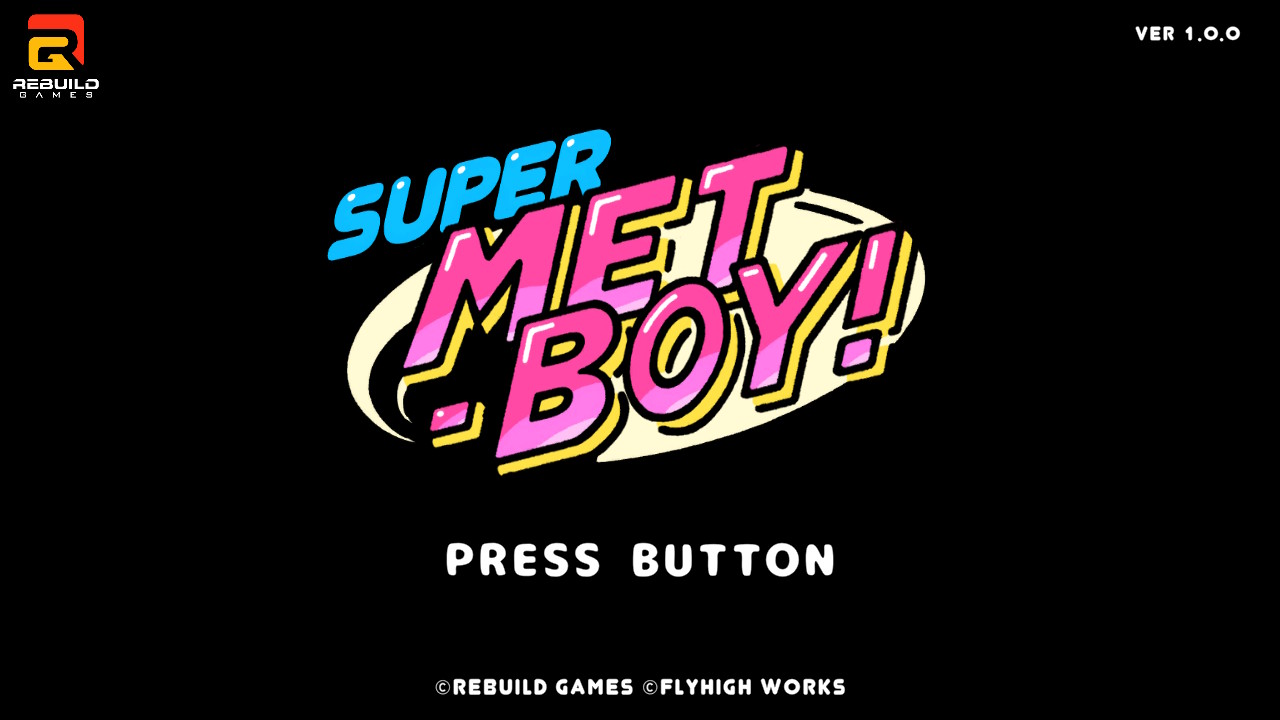 Classified as a “casual arcade action” game, SUPER METBOY! is a fun experience either alone or with friends. With smooth controls and classic arcade style, this is a solid game. 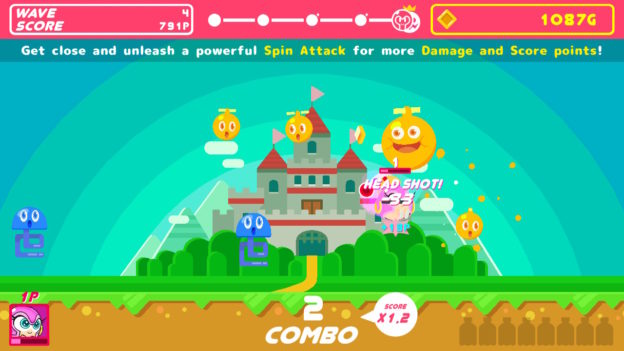 The gameplay is simple. Your character bounces along each stage, and all you need to do is press the A button, which attacks and jumps at the same time. These characters reminded me of balloons. I found myself mashing the A button, constantly in the air, doing spin attacks with my ammo flying all over the screen.

Metboy and his friends, Metgirl, Metbomber, Metninja, and a couple of others get together to fight alongside one another or against each other. Each character has his or her own attack and stats. For example, Metboy is faster than Metgirl, and Metgirl has a floatier jump. On the other hand, Metbomber is super slow and tosses bombs. 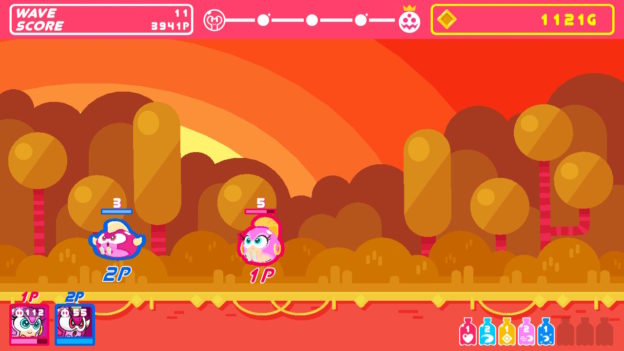 After choosing a character, you head to the first stage, where there are four waves of enemies. You need to defeat a certain number of enemies to move onto the next wave. It’s different from other games where you need to defeat all the bad guys on screen. Once you’ve defeated enough enemies, the rest disappear, and the next wave begins. After four waves, a boss appears. Once that’s taken care of, you move onto the next stage.

In between stages, you can choose drinks from a vending machine. Enemies drop gold once defeated, and you can use this to buy drinks, boosting your stats. For example, you can increase your max health, fully heal yourself, boost your attack, increase your attack range, and much more.

Before hopping into the game, you can buy collectibles using diamonds (you receive diamonds by completing achievements through the gameplay). These collectibles will give your characters a boost, such as higher attack power or increased health. 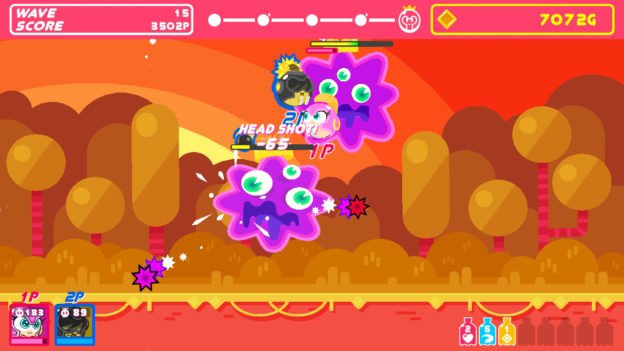 In the main mode, you can play alone, with a single NPC to help you out, or with up to three friends. Even though this game emphasizes multiplayer, I preferred to play alone. It sounds strange, but the stages were so small that it got confusing with more friends on screen and the waves of enemies. It’s easy to lose your character, thus getting hit a lot and losing all your health. I enjoyed playing with a single NPC on my side, though. You can’t change the difficulty levels – of the NPCs or the enemies – so having an extra helping hand was nice.

If you die, you can revive yourself at the cost of half of the points you’ve racked up so far. You can only do this once, though, so if you die a second time, it’s game over. Then you need to start back at the first stage. SUPER METBOY! is the type of game to see how far you can go and beat your high score. 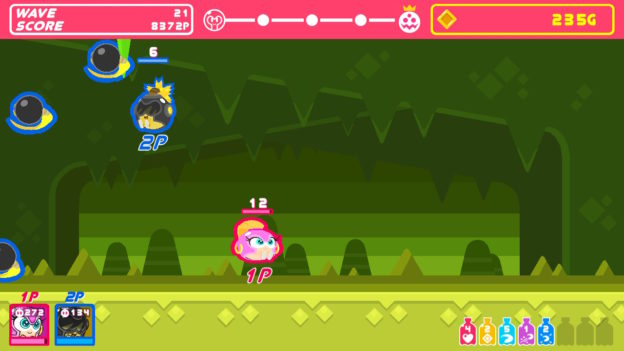 There’s also a battle mode, which I didn’t care for too much. You can play solo with three NPC characters or with up to three friends. The aim here is to be the last one standing while attacking each other. The power-up drinks fall from the sky so that you can get a power boost.

Enemies are also on the screen, which makes the mode feel chaotic. I often didn’t know where I was or who I was attacking. This mode would have been so much better if there were customizable rules. For example, items or no items, enemies or no enemies, or a difficulty level for the enemies and NPCs. I tried to play a handful of times and then went back to the main game. 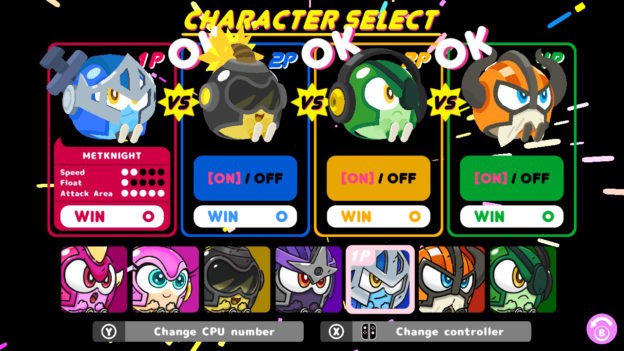 There’s an online option for both modes, but I could never get into a server, saying “no match.” I assume this is because there aren’t enough people online. This is a shame because SUPER METBOY! is a lot of fun. Of course, I imagine it would be chaotic, but it would have been nice to try it out online anyway.

Overall, SUPER METBOY! is a fun game. You’ll easily sink a few hours into it, trying to see how far you can get. Once you make it a little farther than last time, you’ll keep pushing yourself. I only wish there were more customization options. Also, despite being advertised as a multiplayer game, I had more fun with it on my own. Maybe if the stages were bigger, that’d be a different story. Still, I enjoyed my time with this game.

SUPER METBOY! is a great game with smooth controls, a nice variety of characters, and enticing gameplay to keep you busy for a few hours.