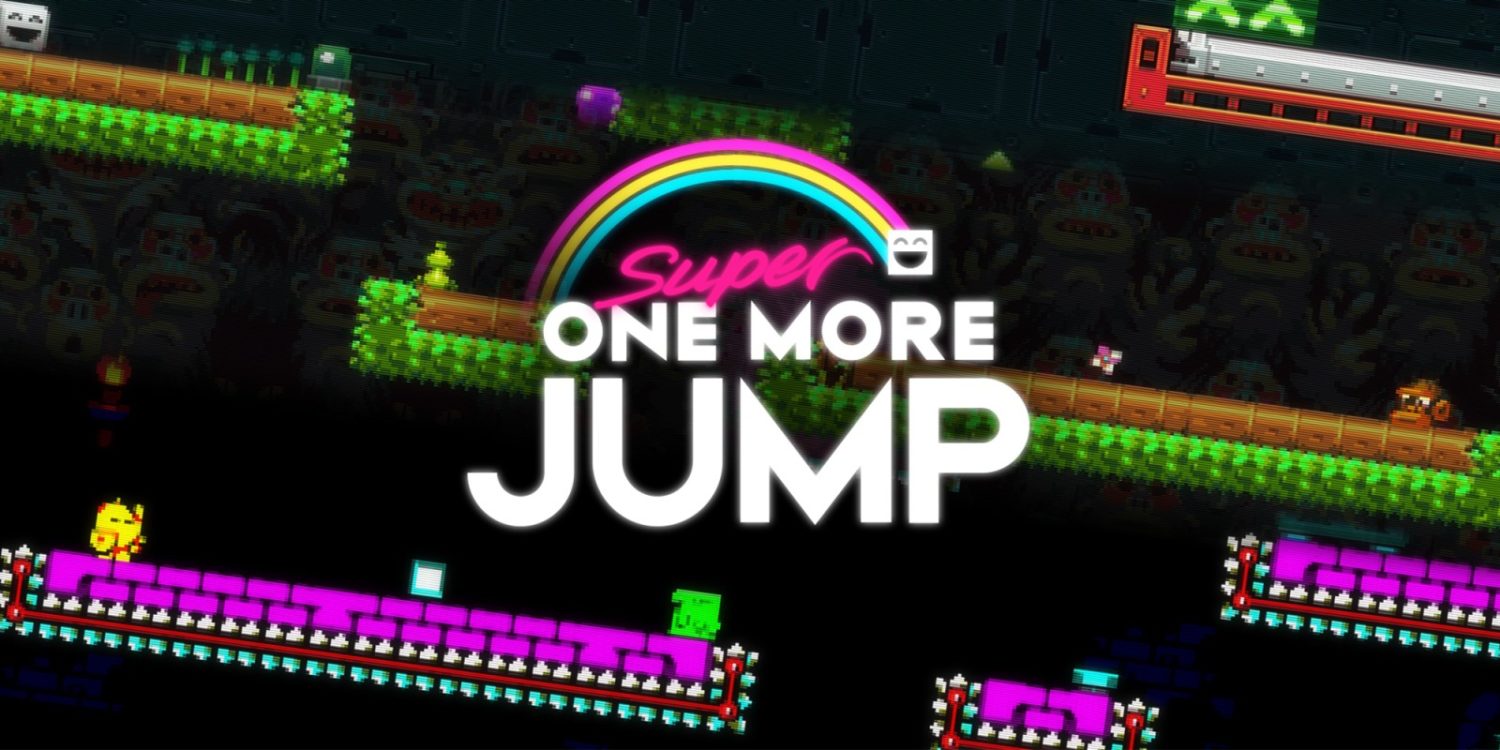 There’s a certain kind of beauty that comes attached to a game like Super One More Jump. That type of beauty, of course, is when you get acquainted with its mechanics, as it becomes increasingly difficult to walk away until you’ve finally completed that level that’s frustrated you on multiple attempts. Then, you achieve your goal, and then you decide to do another…and another…and another. That idea is practically ingrained within the game and even in its own title. For as challenging as it can be, it will never let go of you. Now, on its surface, Super One More Jump may look like a simple imitation of other fun but manichial 2D platformers such as Super Meat Boy; however, that is not the case as Super One More Jump does grab your attention fairly early and keeps you interested beyond the first few levels. Upon the hours one spends with this game, you’ll soon begin to understand how it sets itself apart from its contemporaries.

In Super One More Jump, you must maneuver a auto-run sprite (which also comes in many unlockable fashions) through various 2D obstacles in order to reach the end goal. Littered throughout each level are three blue gems, which are integral to unlocking more stages and extras. The stages themselves have a wide variety of anger-inducing obstacles that range from quick moving platforms to disappearing platforms along with the ever-so classic death trap that well know as spikes. Each stage will test both your quick response with the game’s simple one button control scheme along with how well you know the terrain after three dozen or so failed attempts. The latter of this is something you will become accustomed to as it will happen a lot. And I mean a lot, and you will, shockingly, appreciate it for its punishment while striving to go full-on completionist. 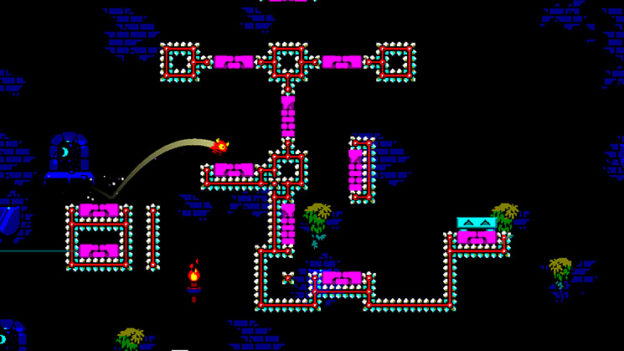 Trial and error may seem like an iffy concept in arcade-y games of this type to some, but again that’s the hook. What feels impossible to accomplish in some stages had me wanting to give it another go and seek out any blue gems that I missed – which, trust me, had my own OCD in full flux to start over a stage just so I could truly complete it. The one downside, though, in all the attempts I made in various levels was sadly its music selection. The music is originally composed by Batterie, and while it does fit with the Super One More Jump’s bright and colorful setting, it can get extremely repetitive to the point where you will be wanting to play with your own music selection. Sure, it’s a decently made composition with some pizazz, yet it just begs to have a little more depth. Other than that, the overall soundtrack here is the one item I found grating and forgettable in a game that asks for quick responses and your own muscle memory. Super One More Jump, while extremely challenging in its later levels is just so addicting that I honestly believe it deserves to stand head and shoulders with games like Super Meat Boy that inspired it beforehand. 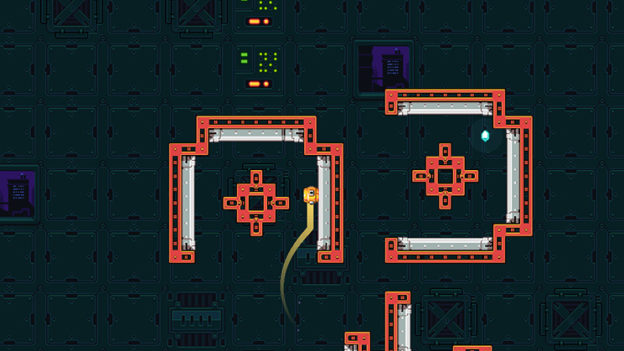 When it comes to extras, there’s plenty to sink your teeth into when you are not stressed out completing the game’s 100-plus levels. In Endless Mode, you are put into a randomly generated level with the task of avoiding any obstacles to achieve a high score. This mode in particular became useful down the line as it helped refine my timing on jumps and get an early look at what type of tricks some levels would have up their sleeve. Even if the main 100-plus levels get you in a tizzy, Endless Mode doesn’t disappoint with its own surprises. In addition, there’s a 2-Player vs. mode and a 4-Player co-op mode, the latter of which resulted in far more crazy gameplay scenarios that deserve at least your attention. Also, if you grow tired of the default aesthetic of your sprite that you must guide through each level, there are a bevy of unlockable themes and avatars at your disposal. This option alone adds more replay value if you want to see what different theme suits you and if you can complete every challenge with a new look. 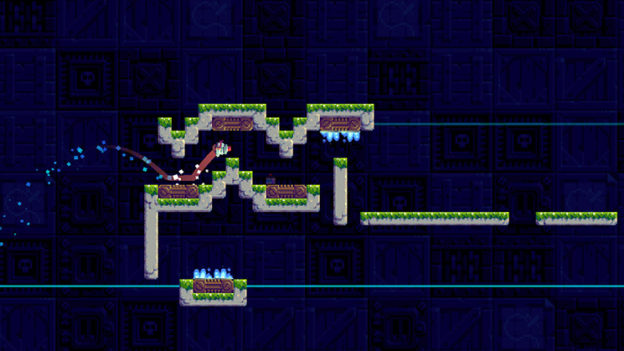 Super One More Jump, for all its similarities to other games in the genre, is a deeply challenging and addictive romp that will have you itching toward gathering every collectible and perfecting whatever obstacle comes your way. The various modes are just as enticing as the main adventure and the unlockable themes are enough to make you revisit that one level that had you trying over and over until you finally stuck that landing. Aside from reputable audio issues, you will be testing your skills thoroughly and your own sanity with each passing level. Rest assured, Super One More Jump is a delight and challenge for platforming purists and for those who are seeking a new eShop game that will surely surprise them with its simple yet endearing concept.

While Super One More Jump can be overly challenging to the point of frustration, its addictive nature and fun concept, alongside cool extras, are enough to keep you striving all the way to the end.