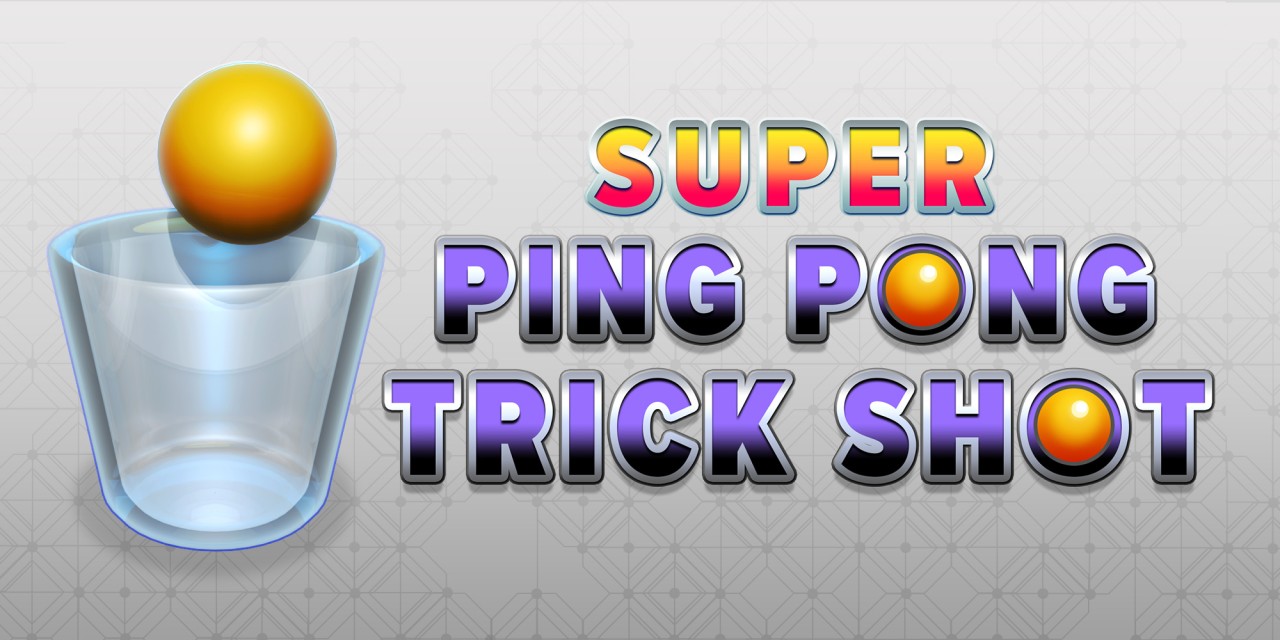 At first glance, Super Ping Pong Trick Shot may seem comparable to the type of title that’d most likely be seen on a run-of-the-mill party game collection. Right from the opening screen you kind of notice it with the menus which are simplistic, the music has that generic but playful vibe. Plus, your gameplay mechanic is fairly to the point. That mechanic being you throw balls into a cup. Simple as that.

Even with those observations, Super Ping Pong Trick Shot on the Switch is actually surprisingly fun for a small release; however, much like games of this nature it can become stale quickly, even with the added options from its 3DS predecessor. 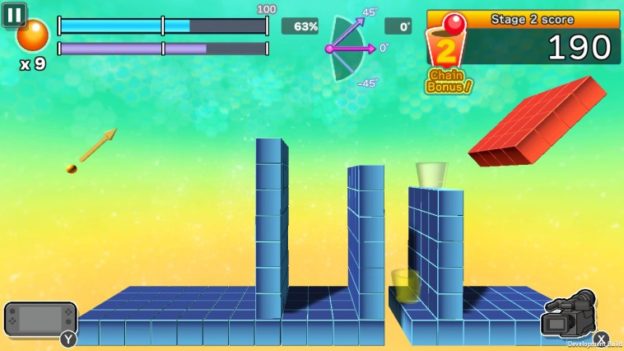 In Super Ping Pong Trick Shot, you have several options to play around with, but the majority of your time will be spent with the single player’s two modes: challenge and score attack. In challenge mode, you are tasked with 70-plus missions with various moving platforms, and obstacles that will either deter or aid you in guiding your ball into the cup. Each mission also has three sub-missions which vary from throwing the ball into the cup without it bouncing to throwing the ball at a certain angle to clearing the stage in a specific time frame. In score attack mode, your goal is to achieve the highest score in each stage with only 15 balls at your disposal. Keep landing balls in the cup successfully and a chain bonus will appear. 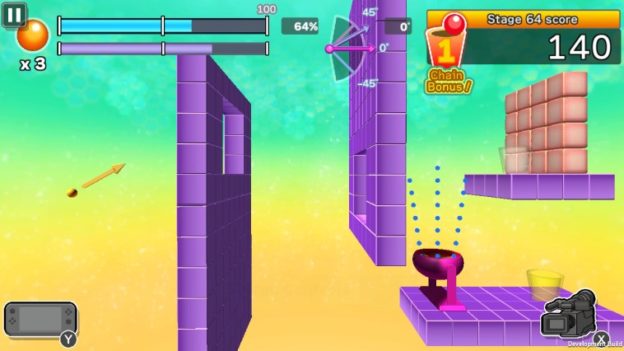 Aside from single player, there’s also the 2 Player Vs. Mode where you can compete to see who can throw the most ping pong balls into a cup while also using special items to give you the edge. Whether it’s the single or multiplayer modes, the common goal is still the same, but the mere act of throwing balls into a cup can get incredibly repetitive fast. While multiplayer has its flashes of fun it soon starts to become draining. You’ll more than likely be attempting to check off each and every sub-mission in the challenge mode. It’s here where you’ll be doing these missions in short bursts, which in return is the proper way to gauge this game in terms of replayability. Not only that, but the challenges themselves have you somewhat invested in going full completionist. 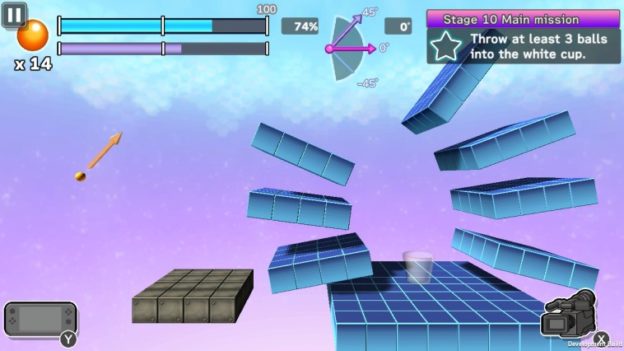 When it comes to controls, there are four options to choose from. These include the button controls via use of the Switch handheld mode or use with a single Joy-Con, touch controls, and gyro controls. Sadly, as of this writing, there isn’t an option for use of the Switch Pro Controller, which I found really odd. Now while my playtime was mostly done with the Joy-Con button controls (as I found it be the most comfortable), I did experiment with gyro option which responded well upon a few test runs. My sole complaint with this option is that it can become tiring and strain on your arm after extended use, so heed caution and make sure your Joy-Con strap is safely secured. 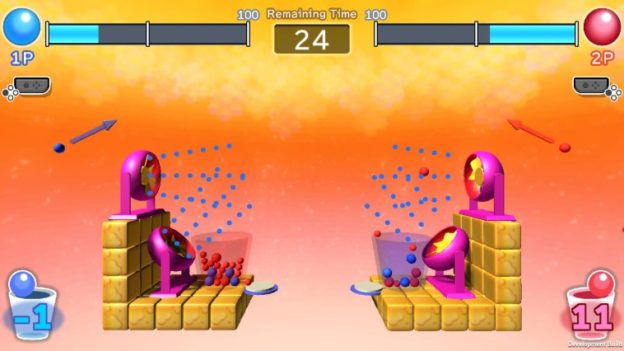 Super Ping Pong Trick Shot for the Switch may give off that shovelware or generic party game look, but in actuality there is some enjoyment to be had here. The single player modes are easy to pick up and play with ease and the portability factor and control options with the Switch give the package some legitimacy. On the other end, the repetitive nature of its overall hook and price at $5 may not be enough to sway one or another to give it a glance. As a small release and a slightly cheap look, it’s easy to assume this game being subpar, yet there is a decent amount here and there to pass the time without any regret. That is, if throwing ping pong balls at different angles is your forte.

While it lacks depth and it can become repetitive rather quickly, there are some quick flashes of disposable fun to be had with Super Ping Pong Trick Shot. Generic to look at, but pleasing in small doses.