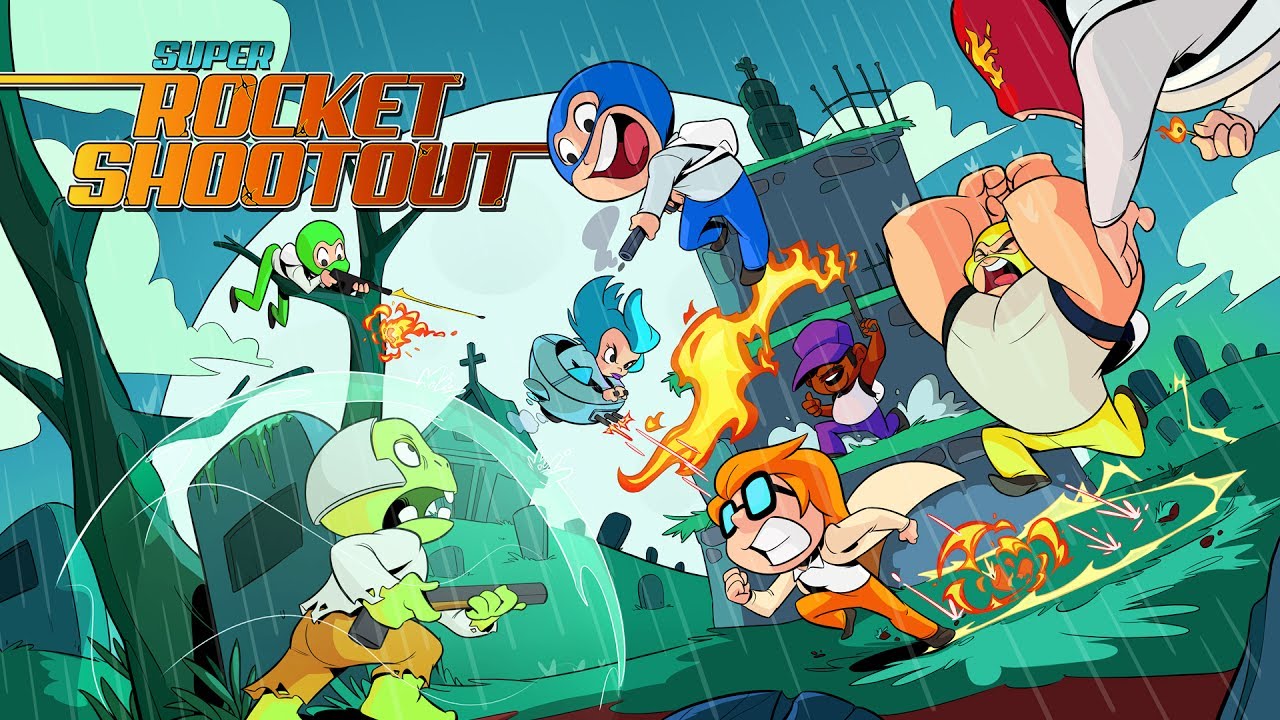 When it comes to multiplayer offerings, there’s plenty of options to choose from currently on the Switch that catch you off guard. Super Rocket Shootout is one such example of this, which at times feels like a 16-bit pixel art demake of Smash Bros., but with more rocket launchers and grenades. While platform-brawlers aren’t necessarily my forte, this title, with its frantic and colorful gameplay, surprisingly caught my interest early despite its clear shortcomings. 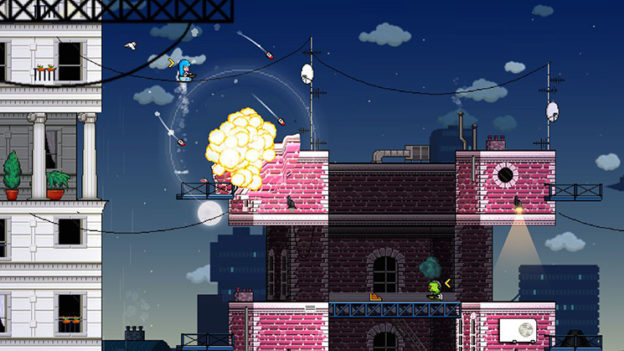 From the get-go of Super Rocket Shootout, you control a ragtag group of bank robbers that come equipped with their varying play styles. These characters consist of brothers Good Twin and Bad Twin (the latter who is a raving pyromaniac), a sniper named Maurice and a luchador named El Bruto. Due to their squabbling during a recent bank heist, the group breaks apart and begins to cause vast amounts of chaos. Because of this, it’s up to you to be the last one standing in the wake of of your squad’s disagreements. Aside from the four bank robbers, you will also have four other characters to unlock in the game’s story mode. However, in terms of the game’s story mode (which I recommend using the tutorial before making a splash anywhere else), it’s rather forgettable and inconsequential to the whole meat of the game. While the chatter between the characters may seem cute to some, I found myself furiously skipping each of the dialogue segments in between matches. The game’s attempts at humor never really connected with me unfortunately. Thankfully, this mode is over in a flash, clocking in at under just an hour. 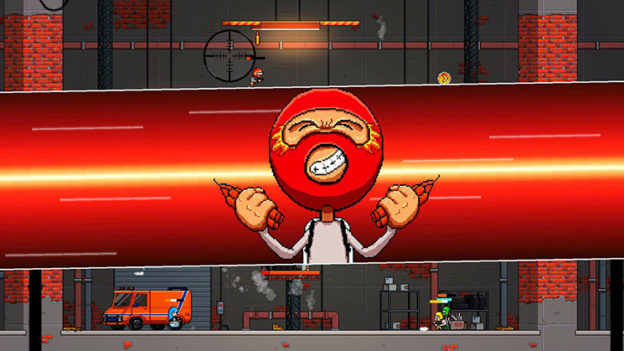 Now, the gameplay kick here is that each character comes equipped with a fancy jetpack that you will use to your advantage when zipping throughout the battle stages. The use of maneuvering with your jetpack is rather simple and smooth with each button press allowing for greater boosts in the air. The same goes for your weapons, too, as well-timed button presses will allow for more powerful shotgun blasts and punches or quick protection from your own shield when enemy fire is in close proximity. The downside I found with the combat is that, aside from secondary weapons like boomerangs and homing missiles, there really isn’t much variety with long-range primary weapons. In addition to your primary and secondary arsenal, though, you also have super moves, which can be activated by performing various combos. I found these super moves one of the better highlights when dealing with combat. They add an extra layer of frantic and frenzy action and can be satisfying to activate when you are in a bind. 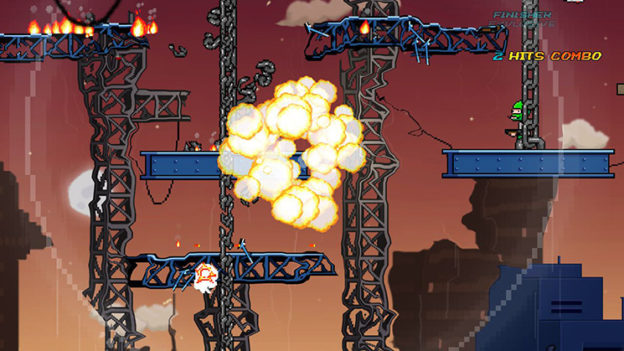 While there are only eight stages in total in Super Rocket Shootout, they are both creative and well-detailed in their pixel art design. One of my favorites involved a moving train, and immediately I started to be reminded of some stages from Smash Bros. I know it sounds odd or unfair to keep comparing the two, yet I couldn’t help but smile at the detail and destructible portions oozing from each stage even if it seems rather simple to some. Either way, despite the amount of stages given from the start, there’s enough hook in each stage for you to find one that latches onto you. 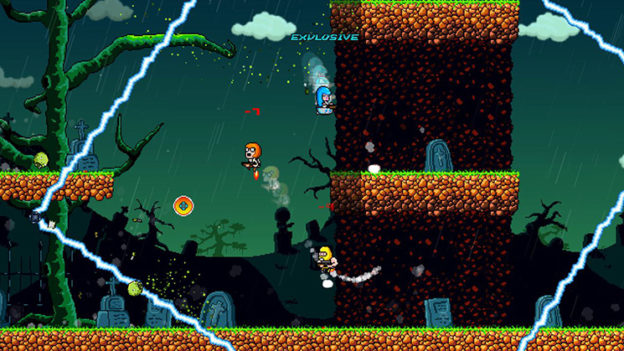 The multiplayer here is where you will be spending the majority of your time. While only limited to local-play with four players or CPUs, the game’s quality really shines when you can get a group of friends together. Once you unlock every weapon, character, and stage, you start to see the frantic nature of what can unfold and quite honestly it’s a huge blast. Plus, the gameplay overall is pick up and play, which makes the learning curve here a non-issue.

In the end, Super Rocket Shootout may not be a deep experience for those looking for a single-player distraction, but its action-packed multiplayer and jetpack-centered gameplay is well enough to keep your attention. While the game’s character designs never felt engaging to me, the game’s arena designs make up for it in strides with destructive style and its own surprising stage hazards. If you have a group of friends who want to get in on a charming, fun, and wacky four-player platform-brawler with loads of pixelated gunfire and explosions, then this one may do the trick.

Super Rocket Shootout may not be a deep experience for those looking for a single-player distraction, but its action-packed multiplayer and jetpack-centered gameplay is well enough to keep your attention.