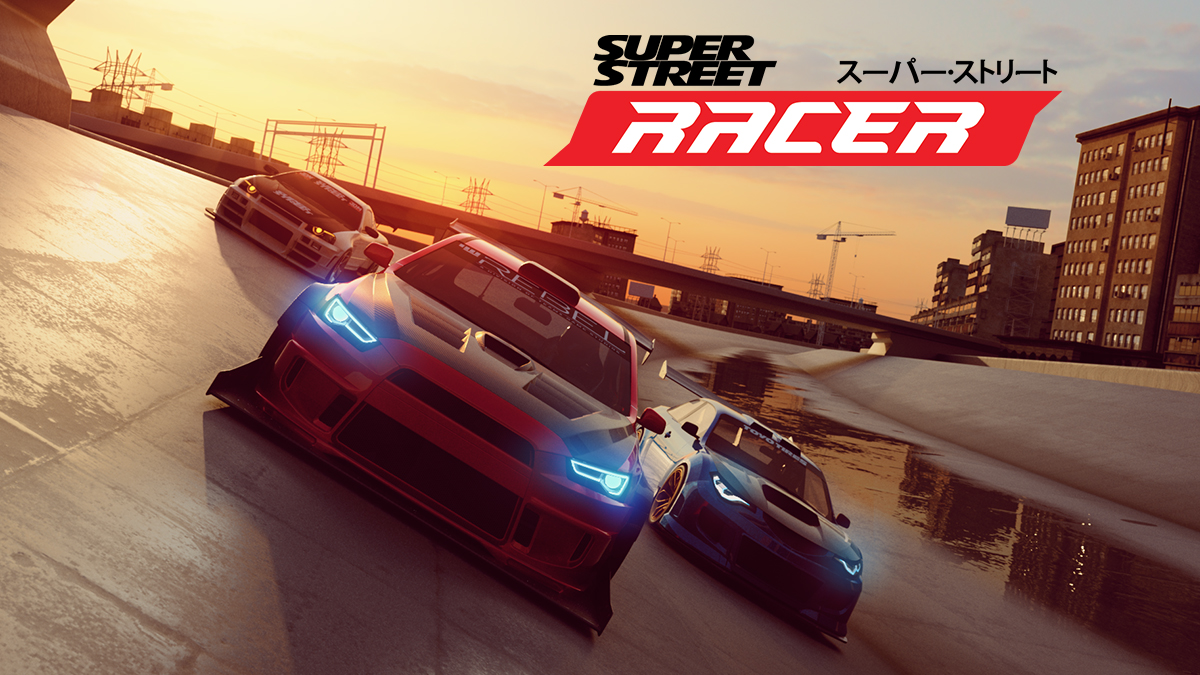 As the name implies, Super Street: Racer is a driving game for the Nintendo Switch. It features a garage full of cars just begging to be upgraded as you drift and smash your way through various racing events. This isn’t one of the most prevalent genres on the Switch; does this title fill a gap in the market or merely take you for a ride? I found myself pleasantly surprised overall.

Full disclosure: racing isn’t my favorite genre. It’s not my strong suit, unless it involves a Mario character behind the wheel. Super Street: Racer gives hapless players a fighting chance by using difficulty settings that actually cater to your skill level. I found that I won more often on “easy” than “medium”. This allows players to practise and improve, working their way up the difficulty ladder. 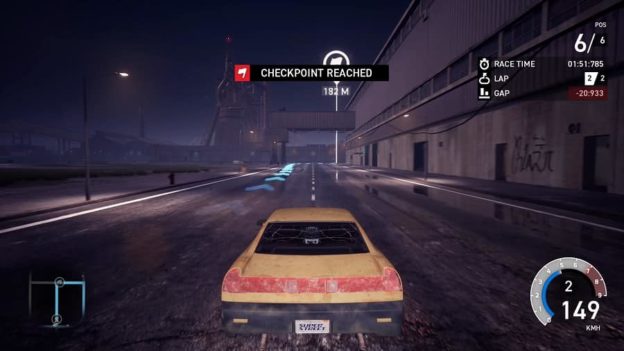 The all-important driving mechanics are also handled well, despite lacking the option to change control layouts to suit the player. Accelerating, steering, and braking come naturally after a few races. I’m particularly fond of the ability to use handbraking for a nice drift effect. It made me feel like a pro.

Racing can become monotonous at the best of times. Thankfully, Super Street: Racer is as much about building your ultimate car as it is driving it. You begin your career with a meagre amount of cash and your choice of any of the rust buckets waiting in the garage. The more events you win, the more cash you can throw at your baby. And the options are almost endless, with many car-related categories like engine, brakes, exhaust, nitro, spoiler, paintwork, and much more. It’s fun to visit the garage after a few races to make some improvements, but which do you upgrade first: aesthetics or performance? 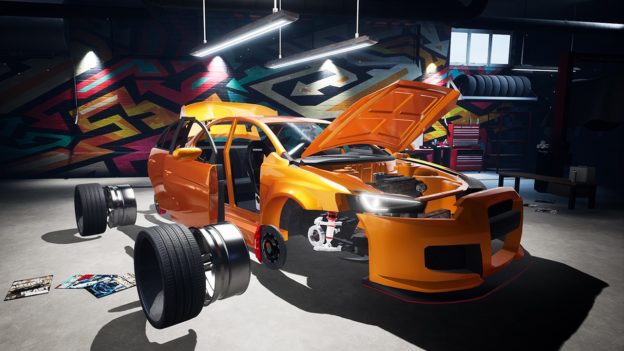 There are 12 events, each locked until you’ve earned enough XP from racing. Events comprise 5 or 6 races with a mixture of types. This provides some variety since you’re not always with other cars. You could be racing the clock in a time trial or taking on a boss in a one-on-one finale. There are also tracks in which the goal is to destroy as much debris as possible within the time limit – these were my favorite. Smashy smashy!

Track design is important, and this is where Super Street: Racer has mixed results. On the plus side, they look great. There are various environments, from cruising through suburban streets to tearing through mountainous terrain, sun blazing in your face. There are also industrial areas, sewers, and night races. There is some repetition though. Eventually, you’ll recognise a track from a previous event. It might be a time trial as opposed to a circuit with other cars, but the track is the same. This isn’t a deal breaker, though it does mean there are fewer overall tracks than at first glance. 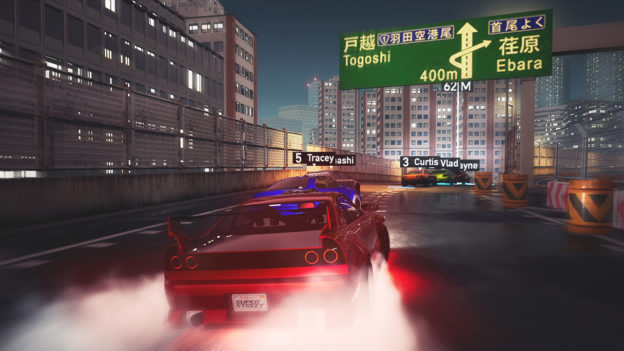 The audio is another downside. It’s not that the audio is bad, but it’s forgettable. The tracks are upbeat, but some come across as though you’re watching an advertisement for a car rather than racing one. Other elements that hold this game back include the lack of online connectivity and leaderboards, particularly for the asking price of $49.99. Thankfully it does come with multiplayer features, allowing two players to race in split-screen mode.

Overall, Super Street: Racer is a good driving game that could fulfil the need to burn rubber on your Switch. It also plays well in handheld mode, making it ideal for gaming on the go. Despite a few uneven areas, it’s fun and addictive, with a strong “just one more” feeling after races. With a little more diversity in its tracks and an improved soundtrack, this could become an even better game.

Super Street: Racer is a fun driving simulation game with plenty of customization options so you can build your perfect car. The races are fast and fluid and, with a few more features and tracks, this could be an even better racing title.