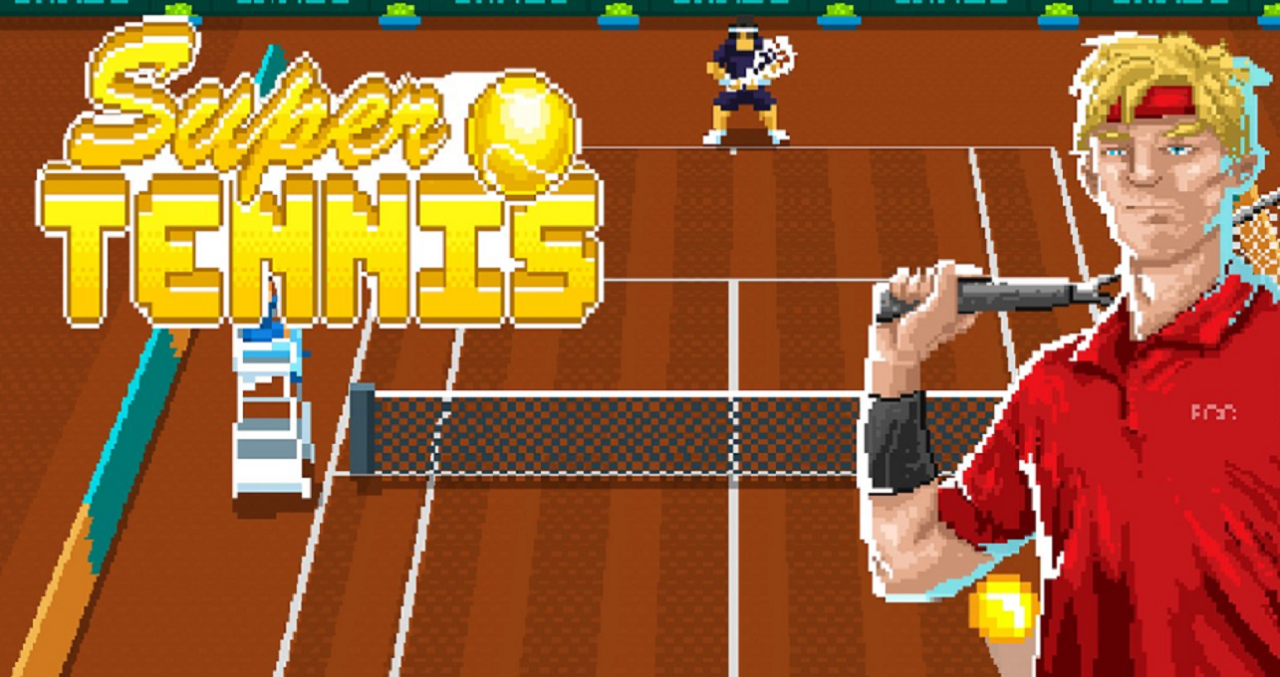 Sports games are usually a pretty safe bet — they’re one of the few types of games that can appeal to everyone. You only need to look at how well games like NBA and FIFA sell to realise how popular sports games are. Most sports games follow certain patterns, either being more sim-like as per the two aforementioned, or they can be more untraditional, such as Rocket League or NBA Jam. Super Tennis is the latter. It’s worth mentioning Super Tennis is nothing to do with the SNES classic of the same name (though the 1991 hit is available on Nintendo Switch Online if you’re looking to revisit).

I haven’t played many tennis games in my time, but I’ve played enough to say this game does not play like other entries into the genre. Super Tennis is a Quick Time Event Game (QTE) wrapped in a tennis aesthetic. However, there is still plenty to offer once you know it isn’t really a game where you play tennis. There are three seasons to choose from, and in each season there are different locations with a tournament set in each. The locations range from London to San Francisco, with Area 51 even featuring. Each tournament has you facing off against four to five different opponents for one rally. You win the rally and you move up to the next round. The only way you can really fail is by missing the prompts, which are not to a rhythm. However, if you know the controller well then the chances are this game will be a breeze, but the gameplay lacks variety and quickly becomes quite a dull affair.

Once completing a new cup you unlock a new — purely cosmetic — costume for you to play in.  Such as with locations, there’s also a huge amount of variety across the costumes. In fact, the sheer amount of unlockables is probably the best part of the game. It makes every cup win feel worthwhile even if getting the win itself feels monotonous. The costume and location variety is what keeps the game interesting, and both are complemented by the way the game looks.

Super Tennis has a pixelated blocky art style, despite this being a somewhat overplayed style with many games of today, it still looks great. The rest of the package, however, isn’t quite so nice. In the menus, there is one song that grows increasingly unbearable the more you play, and the same can be said about the commentary in the matches. The commentator often repeats himself constantly saying the same thing. In truth, the game would be better without a commentator at all.

Super Tennis is a very simple and basic game. If you’re in search of a tennis game or a remake of the 90s classic then this isn’t it. If it wasn’t for such a large plethora of unlockables, Super Tennis would have very little to offer. Its rudimentary gameplay soon outstayed its welcome.

Despite looking nice and offering plenty of unlockables, there’s no real reason to visit this entry into the tennis game genre. It’s by no means poorly made, running smoothly all the way through, it just simply lacks any sign of a satisfying game loop.