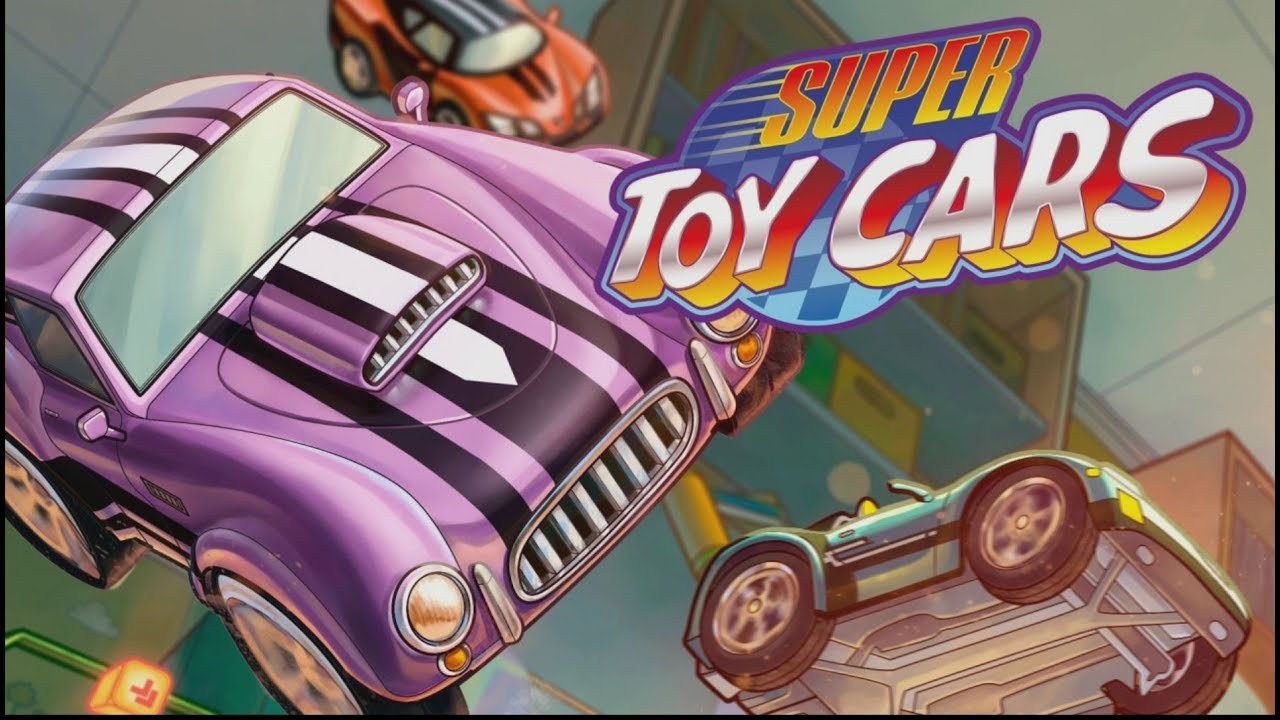 Super Toy Cars is a racing game from Eclipse Games in which you race toy cars around various tabletop environments. The cute premise feels like a combination of Mario Kart and Micro Machines. So how does it distinguish itself from these well-known franchises? 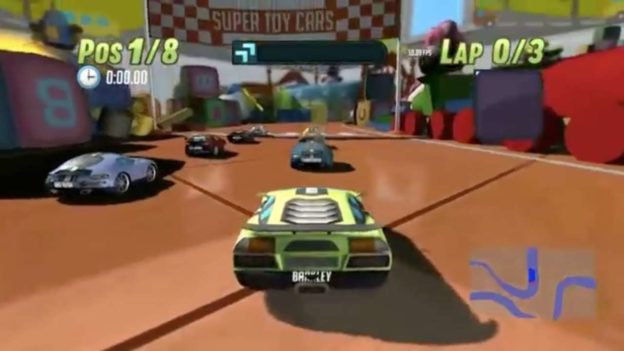 You begin the game with a tutorial that teaches you the basics, including accelerating, steering and drifting. I found the drifting very hard to master at first, since the X button also changes your viewpoint to the side of the car, which is jarring. Once I’d grasped the mechanics, though, it was insanely easy.

Then there are weapons and boosts. The B button provides a short turbo boost, while the Y button activates a weapon if you’ve picked one up. Like Mario Kart, you can drive through item boxes to acquire a power up. There are seven of these, including oil, glue, mines, boost refill, spring traps, a giant 8 ball and missiles. I wouldn’t say they’re overly useful, though some are fun to try. The 8 ball in particular, which literally sends a giant billiard ball careening down the track in front of you, is amusing. More of these weapons that show off your toy-sized world would have been appreciated. 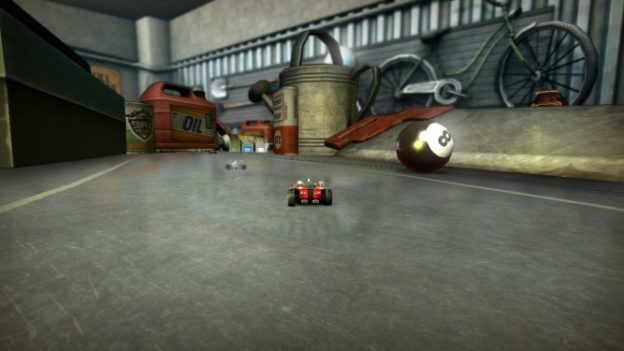 The game is divided into Career or Quick Race modes. Career comes with eight episodes, which require points to unlock beyond the first one. Episodes are like tournaments and comprise a number of races with different styles, from a standard race to a time trial. They may differ in name, but it quickly becomes evident that they all have the same goal, really, as you aim to win your race while taking out anyone else along the way. There was one standout race style for me, which was Elimination. The challenge here is to stay ahead of the last driver, since the last car is eliminated from the race every 15 seconds. This was a more tense racing experience for me, and more fun.

Races are surprisingly challenging, at least until you can unlock some faster vehicles. There are 16 cars to try, each costing an increasing amount of coins. The vehicles vary a little – for example, there’s a jeep and a van – but you’re mostly working with racing cars here, of varying sizes, colors and specs. 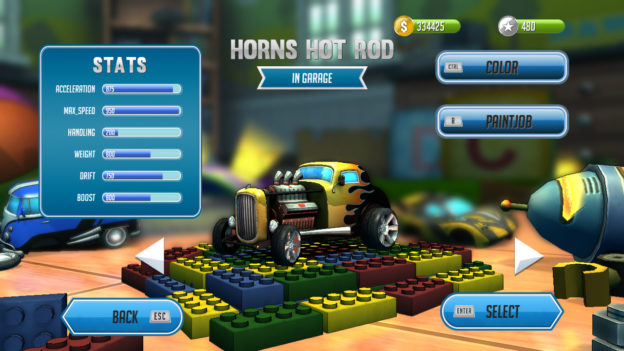 Let’s talk about collisions, which can be annoying. Some hits will slow you down, naturally, but others will cause your car to reset, beaming you back to the middle of the track and losing a few seconds. It’s not clear why this occurs and, although it’s bearable, it detracts from the overall racing experience. Some boundaries appear to be arbitrary, with seemingly invisible walls often causing collisions. With nine racers on a short and narrow track, it’s already chaotic, so these unnecessary collisions interrupt the flow of the game.

The game looks good for the most part, with cute and colorful environments and cars. It’s a little rough around the edges, with some surfaces looking shiny and reflective, and others appearing quite flat and dull. There are various environments, but they’re all made of the same blocks, which detracts from the presentation by becoming repetitive. 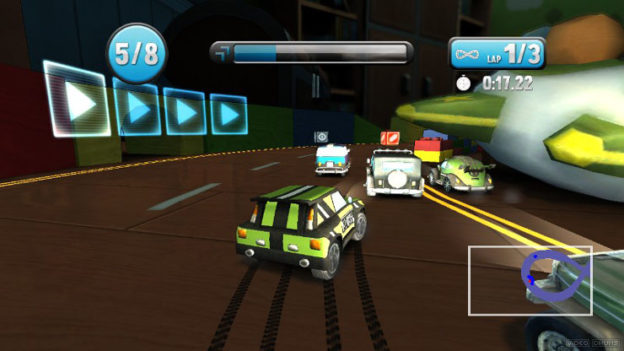 The music is great, with an upbeat, rock-inspired tracklist from band, The Spin Wires. It’s catchy and fast – perfect for high-speed chases. Unfortunately, there’s just not enough variety, with only a handful of these tracks to accompany your cruising. So it, too, soon becomes repetitive.

Overall, Super Toy Cars is a racing game that looks great on the surface, though ends up being slightly disappointing with its lack of content and general repetition. At $9.99, it’s still fun enough to consider purchasing if you’re looking for a new driving experience, or if you’re majorly into Micro Machines. Otherwise, stick with the classics.

Super Toy Cars looks cute on the surface, and is fun for a short time, but frustrating collision detection and lack of content stop this from being great. Stick to the classics.