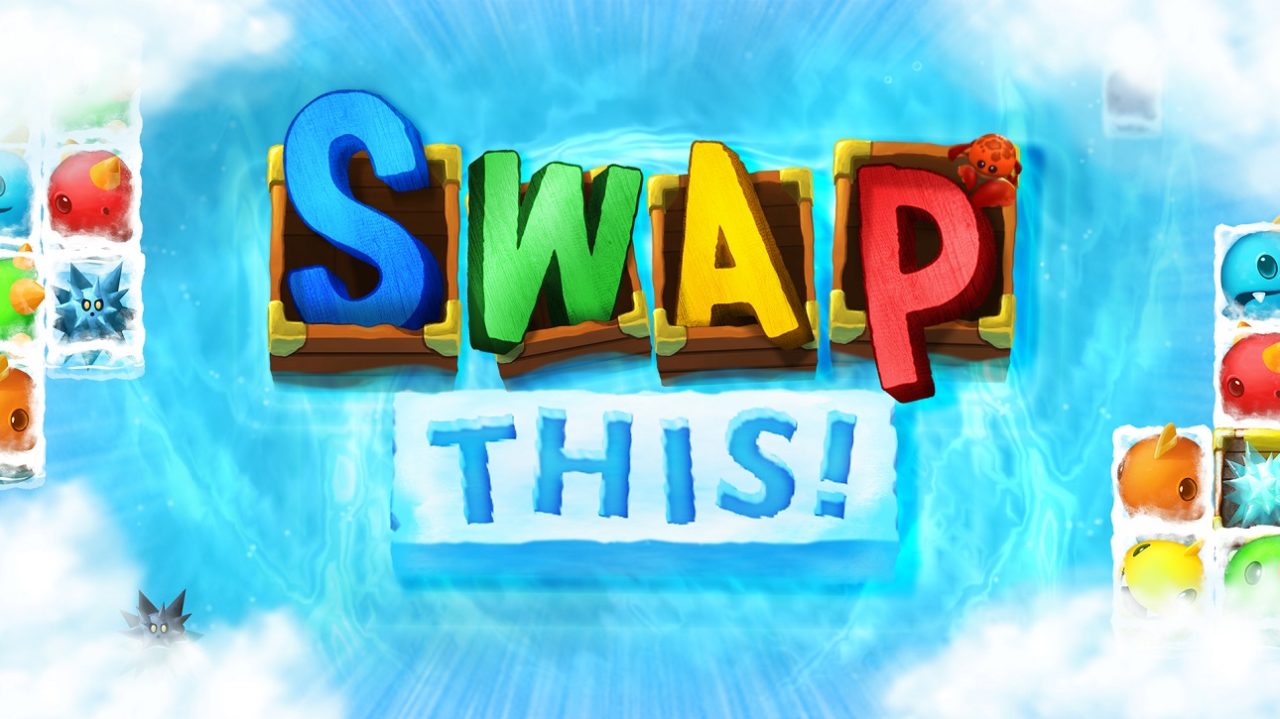 Swap This! is a puzzle game similar to those commonly found on mobile devices. As usual, it challenges the player to swap tiles around on a grid to match colours and gain points. In this case, the tiles are fish trapped in ice cubes and connecting four of the same colour will not immediately clear them from the screen. Instead, they slowly crack and break in a chain that starts at one fish, and spreads to the others. This is important because it means the job isn’t done once you’ve decided which fish to swap with which, the chain can still be extended by swapping more same-coloured fish next to those in the chain that hasn’t broken yet. This mechanic introduces an element of speed-based gameplay to the puzzle solving. Given that three of the game’s four modes all put a time pressure on the player, Swap This! becomes a much less relaxed puzzle game than most, demanding quick thinking and constant action instead of slow, strategic planning. 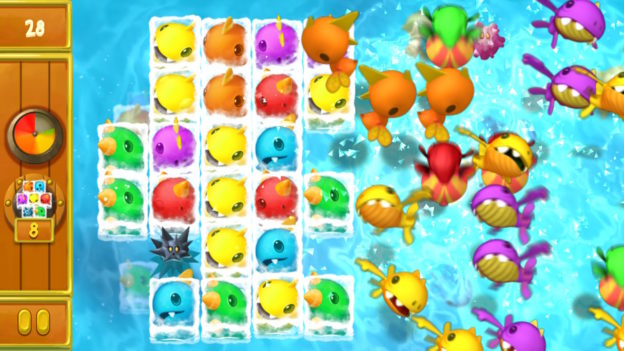 Three of the game’s modes effectively boil down to the same gameplay of swapping fish to score points as quickly as possible and try to achieve a high score. Usually, the faster you gain points, the longer your game will last. There’s a limit to the replayability of these high-score based modes, though it helps that the game has a set of scores built-in that it invites you to compete with. The game also unlocks power ups over time as you play modes repeatedly, which is a good way to slowly add depth as you build your skills and provide new tools to achieve higher scores with. 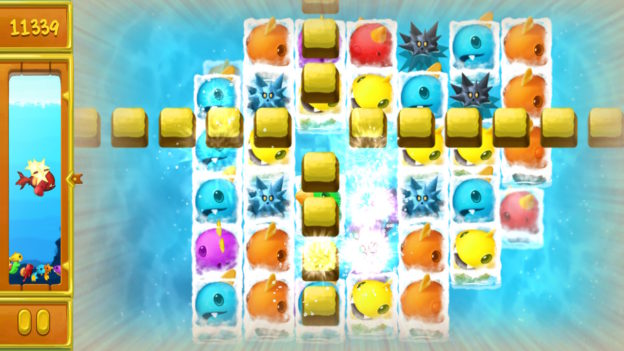 The game’s fourth mode ‘Puzzles’ is much more typical of the genre. It features 45 levels that each present a unique tile formation that the player has to clear in as few swaps as possible. There’s no time limit on these and they are entirely based on strategy, not speed. Although they’re evenly split across easy, medium and hard categories, all levels provide difficulty scaling within them by rewarding gold, silver and bronze medals according to the number of swaps used to solve. They’re generally very easy to complete, but can sometimes be very challenging to solve with the least number of swaps possible and that’s what makes this mode very interesting to play over and over. 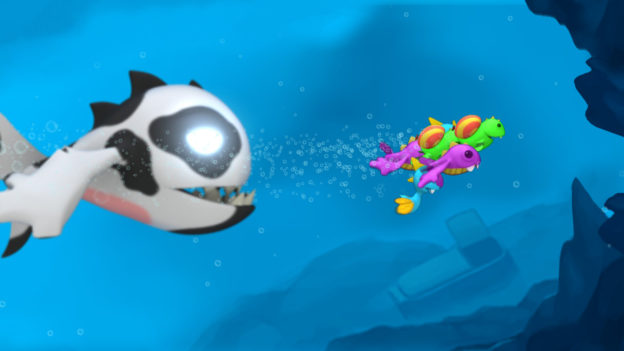 Of course, touch controls are featured and definitely the preferred way to play the game, but gyro is also an option in TV mode (though the game recommends touch controls instead and I certainly agree).

Outside of gameplay, the game’s visuals are cartoony and completely ocean-themed. The fish are quite cute, and they’re tiled on an attractive, blue sea background that ripples realistically when tapped or stroked with a finger. The music has a nice beach vibe too, though it can get repetitive. 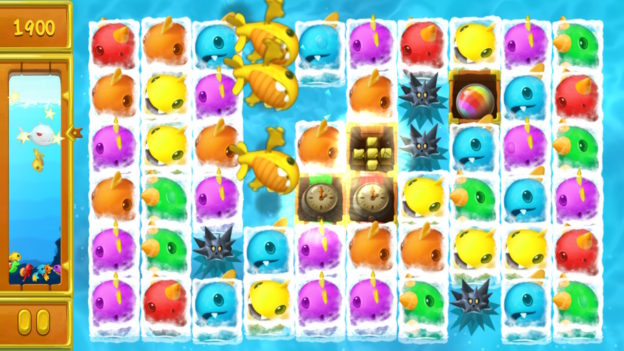 The game is appropriately priced for its amount of content and I think anyone looking for a puzzle game that can be played touch-screen only will be happy with Swap This! Even if only the puzzle mode is attractive to a player and the time-based modes are not, the game is still probably worth the price for convenient, on-the-go, Joy-Con-less play, though in my opinion, the developers would have probably done better to have just one time-based mode instead of three and instead focused on creating more puzzle levels.

If you’re looking for a fun puzzle game that can conveniently be played with a touch screen only, no Joy-Con needed, Swap This! will provide at least a good couple of hours of fun.