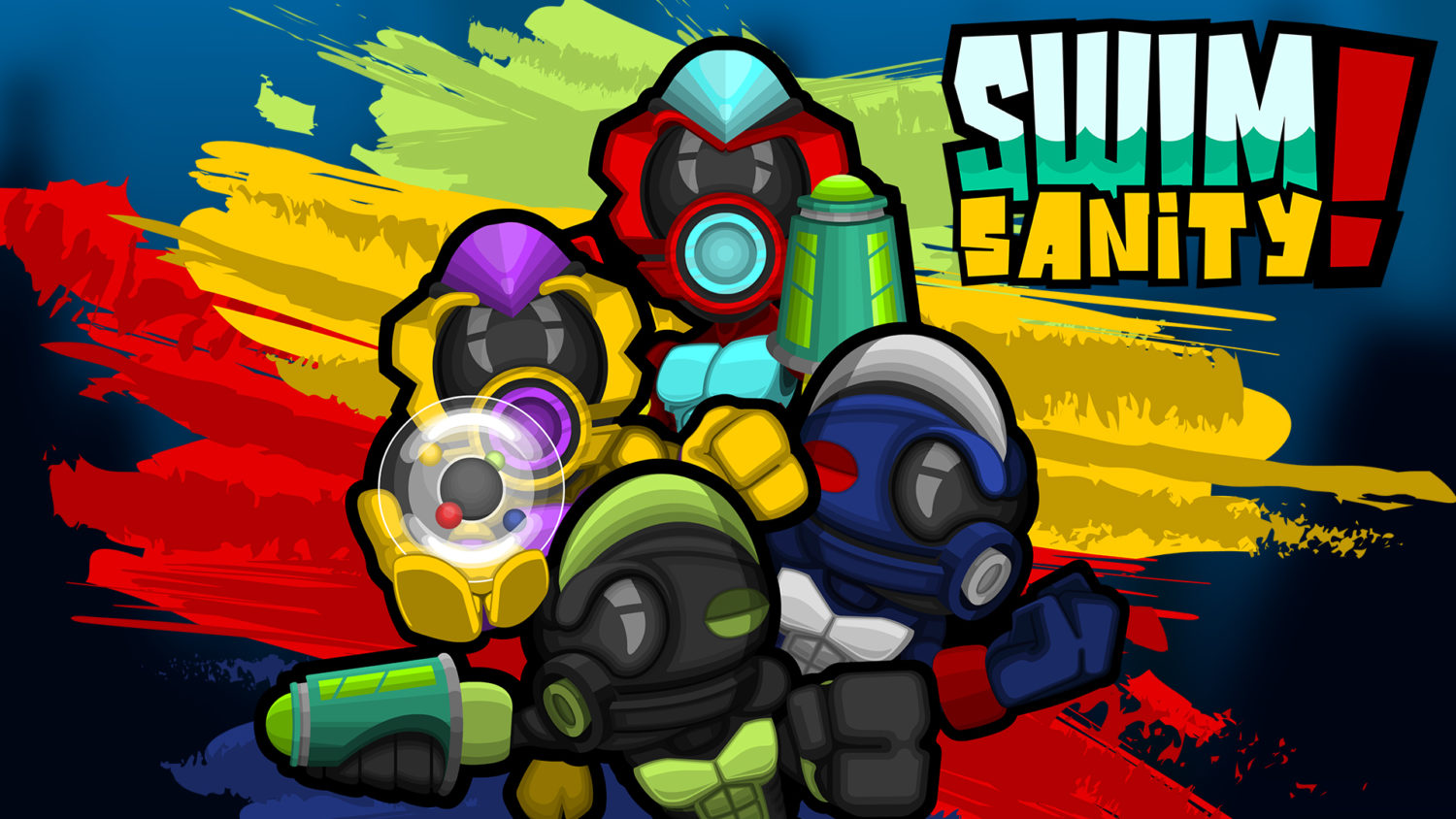 Be sure to utilize the buddy system.

I have no interest in swimming. Never really understood the point of it. I thought perhaps this indifference might have carried over to the multiplayer action game Swimsanity. But after I braved the different game modes, things started to make a little more sense.

Swimsanity (I’ll forgo their titular exclamation mark if you’re okay with that) takes place entirely underwater, meaning you’re more likely to succumb to divesanity. It’s best when you’re playing with friends in versus mode, and Decoy Games wisely makes that as accessible as possible. You can have 4-player battles locally or online. The game supports cross-play with PCs and consoles. There are challenges to complete and leaderboards to climb. If you get into Swimsanity and get good at it, there’s no shortage of options here to keep you entertained and satisfied. 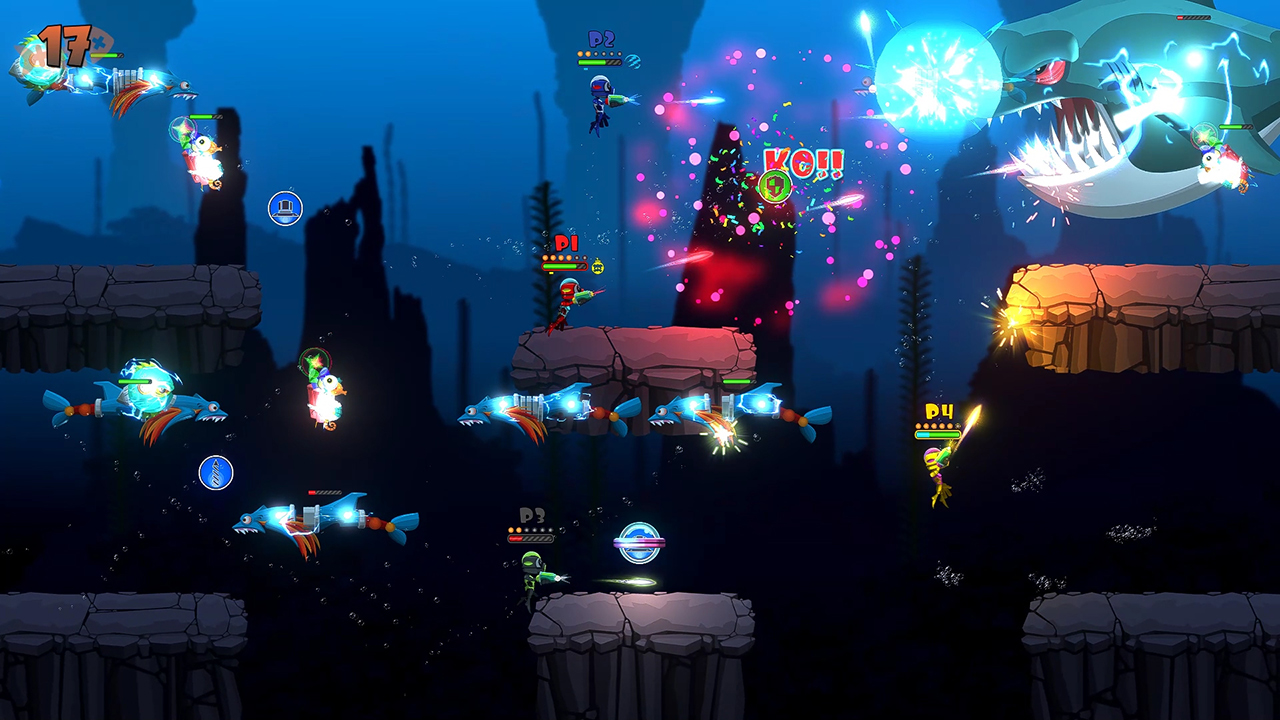 It’s a pity, then, that the game fails in single-player mode. Trying to get better on your own isn’t a lot of fun, so hopefully you’ve got some good friends nearby to grow along with you.

If you’re looking for some versus action, you’ll first determine if you’re playing locally or online. Local play asks you to assign profiles to the players, so make sure those are set up. If you don’t have three friends ready to go, bots will join you. Online mode includes casual and ranked options, but even the casual action is pretty intense. Your only real distinguishing decision involves your “unleash” skill. You can select from options such as Piranha, Harpoon, Medic, and others for advanced attacks, healing, etc., and you can activate it with the X button after filling up its gauge via standard attacks. 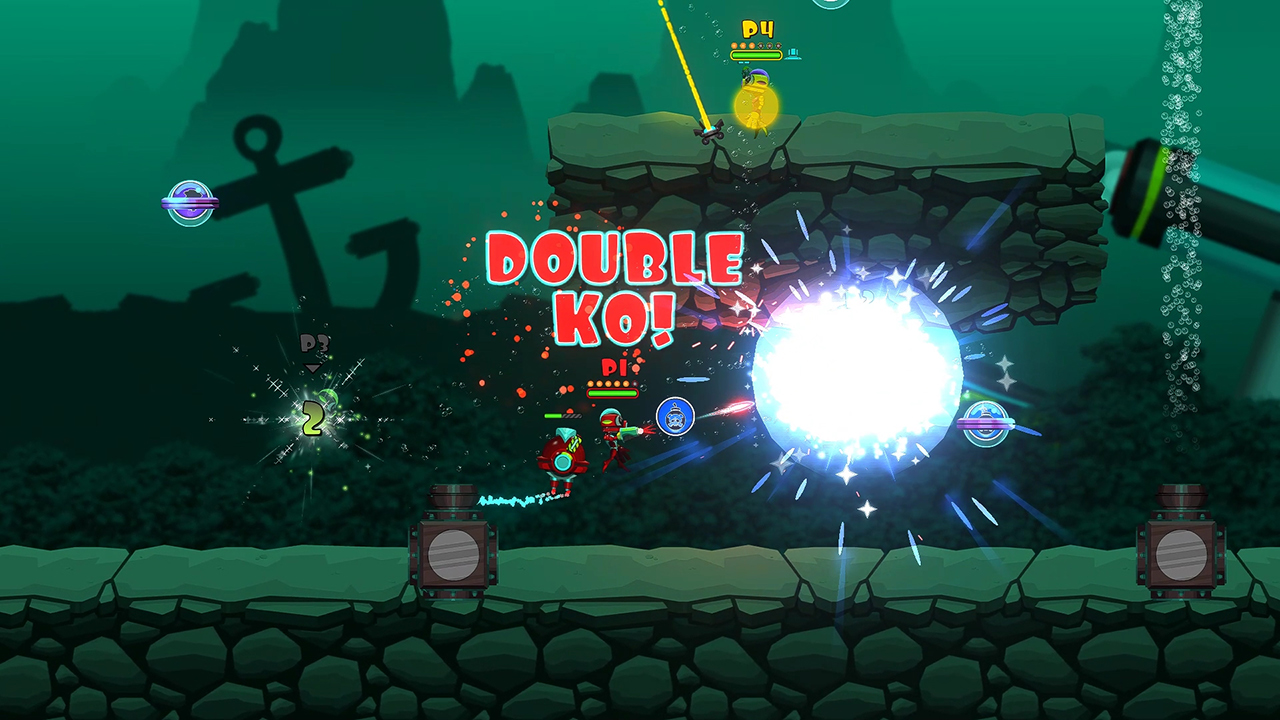 Those attacks come from a fairly standard and comfortable control method: L-stick moves your diver, R-stick aims your weapon, and ZR fires. You can also fire off acquired explosives with ZL, while the B button allows you to teleport away from danger. You’ll get the hang of it all pretty quickly, then put it to use in familiar multiplayer battles such as deathmatch and capture the “orb.” They all work pretty well and can be fun with the right group of people, but there are numerous party battlers out there with more unique options.

This is why it’s disappointing that the game’s co-op adventure mode is such a letdown, as it’s perhaps its most unique feature. Here, you battle your way from left to right, working together to clear out enemies and reach various checkpoints. Before too long, a massive boss (whale, turtle, etc.) will start to chase you down. This fellow is extremely difficult to beat, and the fact that you have to continue attacking and evading the standard sea-enemies exacerbates the issue. After numerous attempts at it, my sons and I were elated just to reach the first checkpoint. 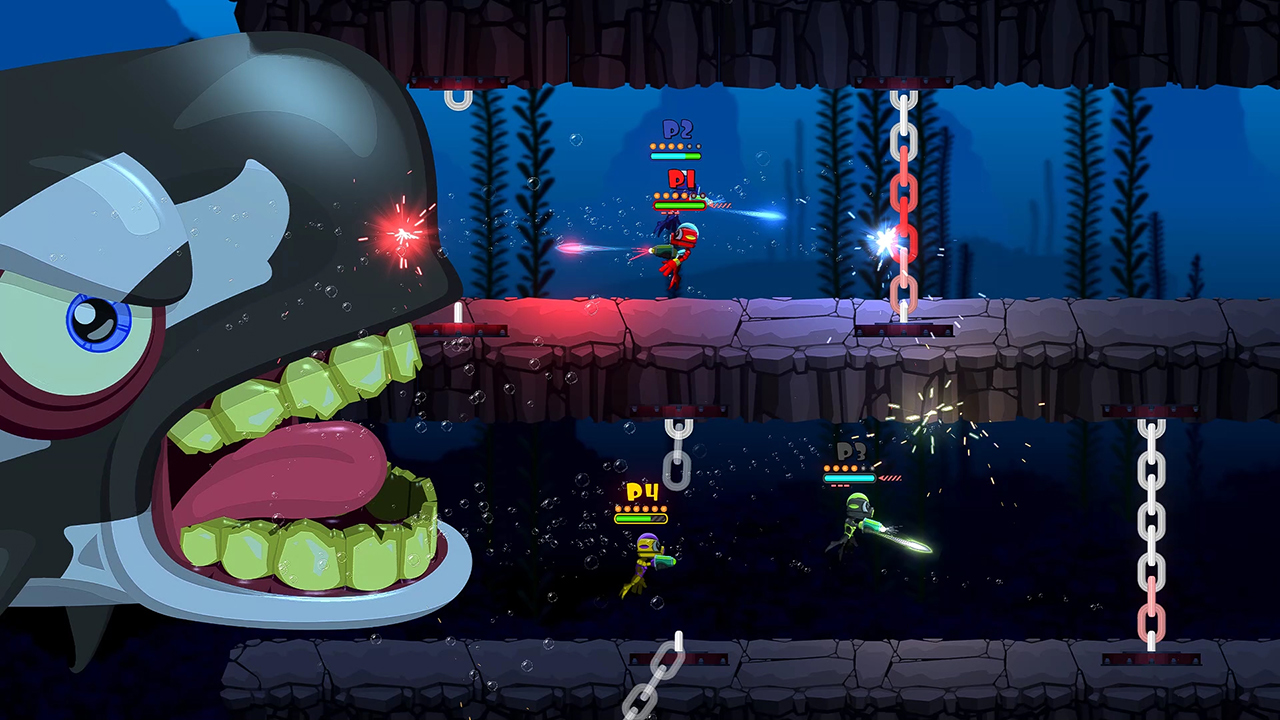 The bigger problem is that the difficulty doesn’t change based on the number of people playing. Four divers working together offer more firepower and can time their unleash attack for devastating blows, but the game throws the same enemies at you even if you’re by yourself. It’s simply not fun in that regard, and leveling up only prolongs the agony. As such, single players are stuck either taking on bots in versus mode or braving the online players.

I’m also not entirely sure how I feel about the graphics. Their simplicity makes it easy to discern what’s going on. That’s good, because there will often be a lot going on. However, the game has that old Flash (or modern Cartoon Network) animation style where nothing seems to be integrated. Bosses, obstacles, and your characters all seem to be simply dropped on top of the background. That said, the obstacles are very real and will get very annoying when you get caught against them while trying to flee a giant robot crab. 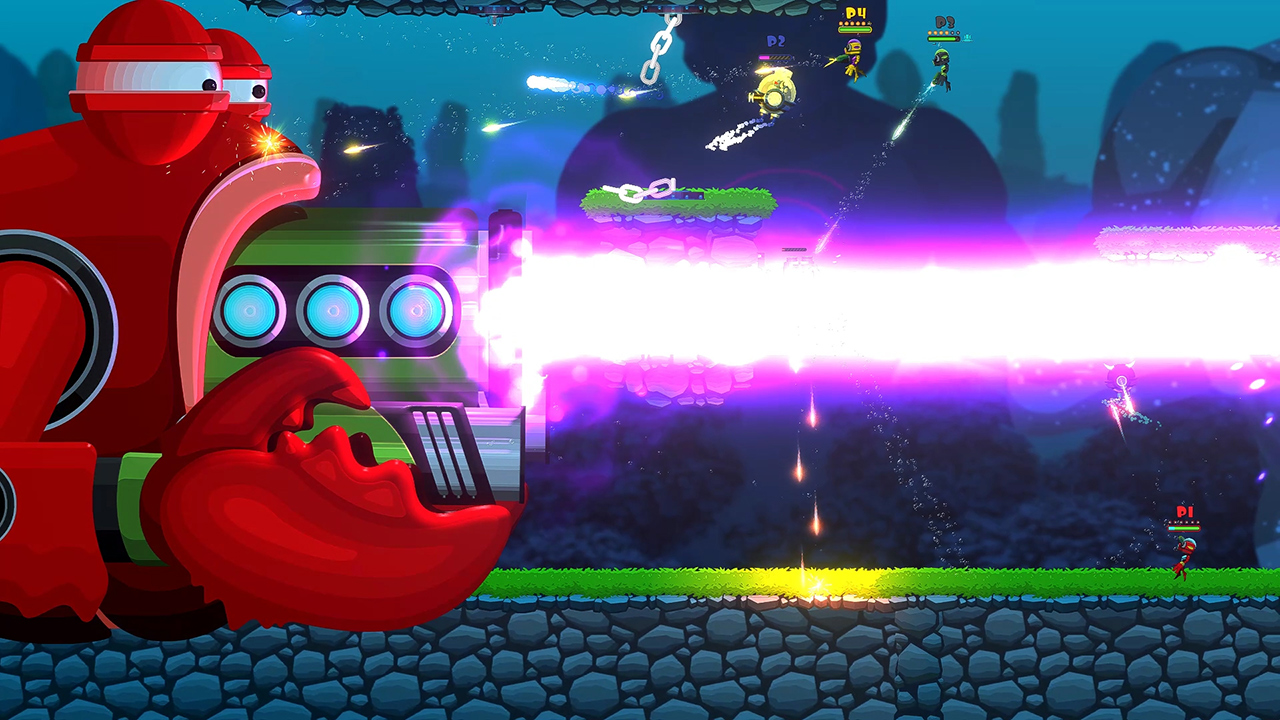 Swimsanity certainly works when you’re playing the game its way. You can have a good time with its versus content either locally or online. Just don’t expect an engaging experience if you’re trying to kill some time on your own. As any good swimmer will tell you, you should always rely on the buddy system.

Swimsanity! offers a fun blast of online or local versus play. Its game modes aren’t terribly original, but they work well in the underwater setting. Unfortunately, the fun doesn’t carry over to the game’s adventure mode or the single-player options.