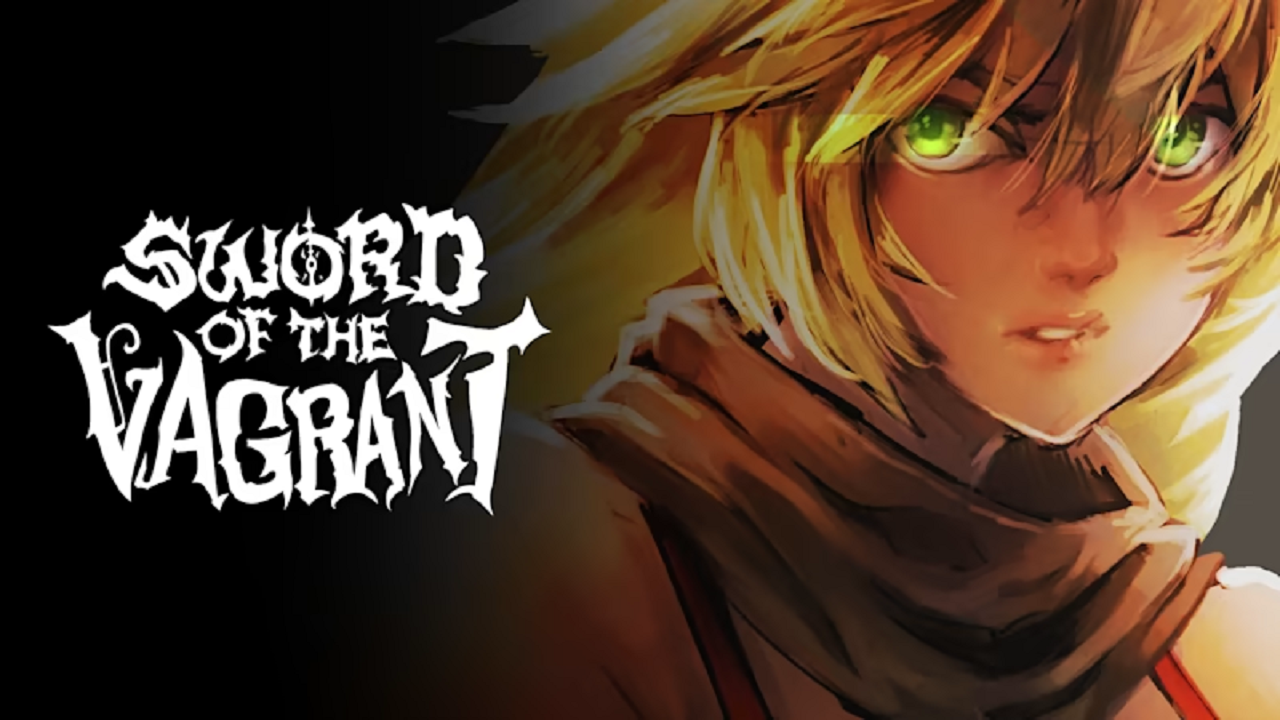 I honestly didn’t know what to expect when I grabbed Sword of the Vagrant to review. I’m usually a straight turn-based style RPG guy, and I figured I’d stray a little bit out of my box. I got pretty excited after starting the game; the presentation and the music were excellent. Right from the start, your main character, Vivian, has had a hard road. She’s hated because of what she is and tasked to work with the very enemy she’s been hunting for a good portion of her life. She is a vagrant, so clothing seems very hard to come by as she wears the same leather two-piece outfit and knee-high boots the entire time! I was amazed she could survive any combat with all that skin exposed, lol.

A good story needs a bit of drama, and for the most part, this game has it. It definitely fits every RPG trope out there as the game is filled with lots of go and beat up this guy, and something new opens up, to the point where it’s a bit easy to predict. However, aside from the typical RPG hero to-do list for a low price tag, this game has a decent amount of depth regarding character growth. As you defeat enemies, you acquire mana, which is used for a few things, primarily unlocking new stats and skills. The character has an ability tree reminiscent of Final Fantasy 10; this is where mana is used to purchase and open new paths on the tree. Weapons and armor are also upgradeable, which is a nice feature stretching out the usefulness of your equipment. 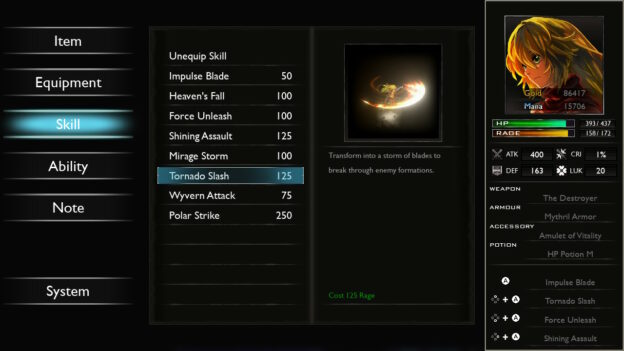 The controls are pretty basic: an attack and jump, along with a skill button. The combos unlocked with skills are, for the most part, easy to pull off and, overall, very easy to pick up with little learning curve before getting a grip on the mechanics. The ease of movement and easy controls made the platforming sequences easy to navigate with little frustration. My only complaint is the double tap used to make your character run; if I used the stick, it would start to sprint, but the motion felt clunky, and the slightest movement would stop the running. So use the joypad, and this isn’t an issue. 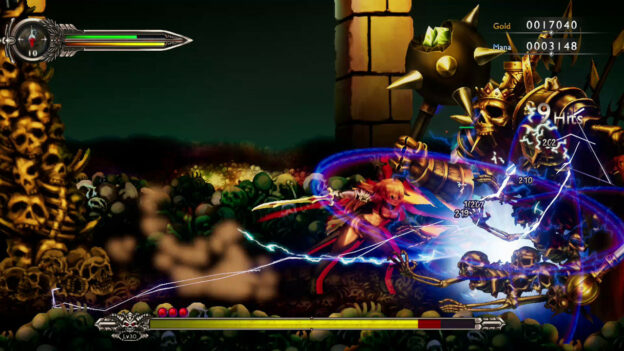 For the $9.99 price tag, Sword of the Vagrant gives you a lot of content, enough challenge, and a decent story to keep you wanting to get to the end. I just hope Vivian can eventually buy clothes in her travels, as running around in leather underwear seems drafty and embarrassing!

For the $9.99 price tag, Sword of the Vagrant gives you a lot of content, enough challenge, and a decent story to keep you wanting to get to the end. I just hope Vivian can eventually buy clothes in her travels, as running around in leather underwear seems drafty and embarrassing!