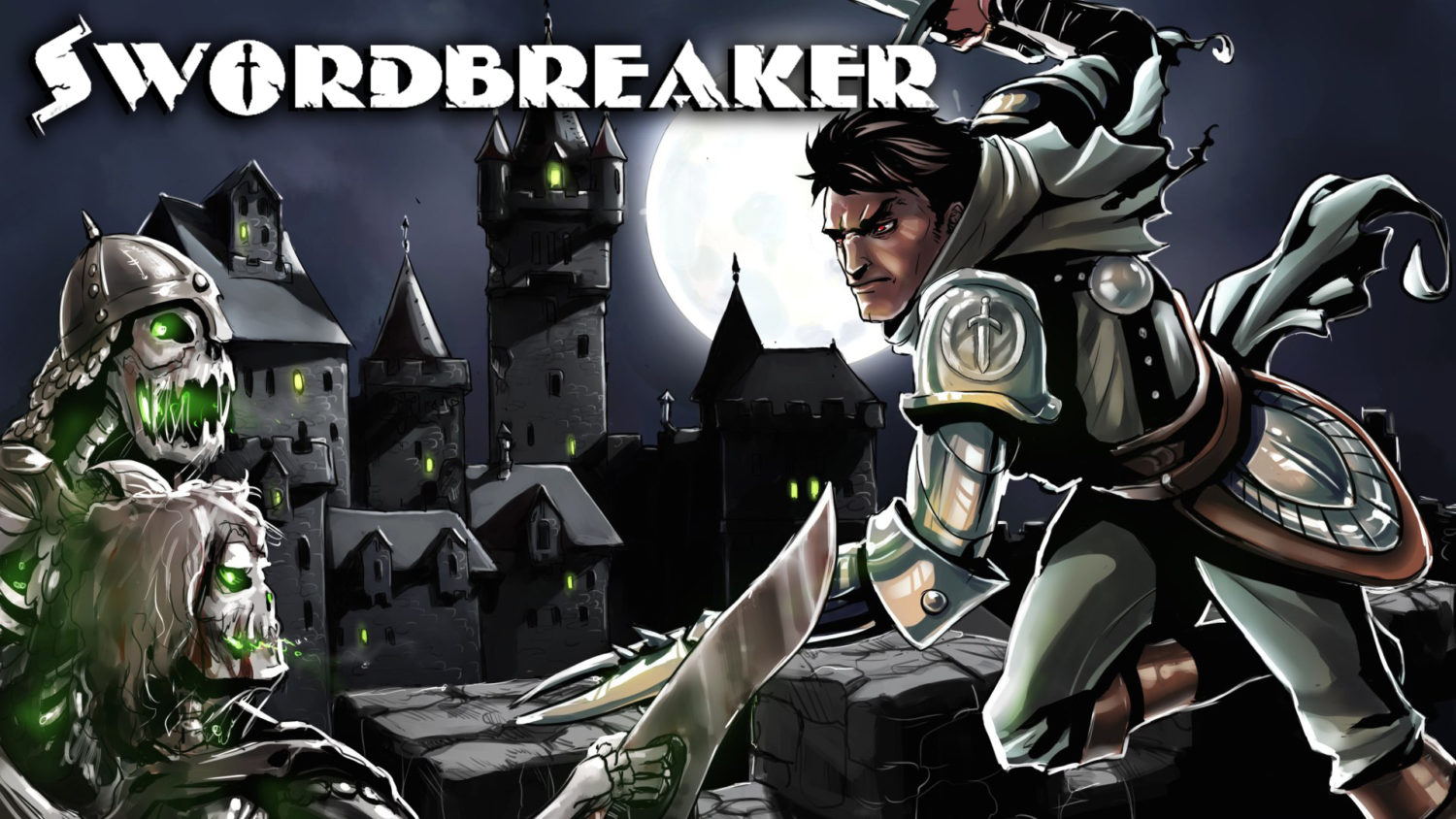 Swordbreaker The Game is a storybook adventure for the Nintendo Switch. It’s essentially a digital version of a choose-your-own-adventure book, complete with a narrative broken into choices to make. Although it doesn’t exactly hit the mark, it is a fun distraction.

The story is simple; you play the role of an adventurer who happens upon a castle. Your goal is to make your way through the various rooms and past the many characters to find the hidden treasure lying within. Each scene—and there are over 300 of them—contains a short blurb of text, after which you’ll have to choose from several options. These could be anything from running, to different types of attacks, to talking, changing direction, or even taking a nap. The question is, will your decision lead to the next room or to your own death? 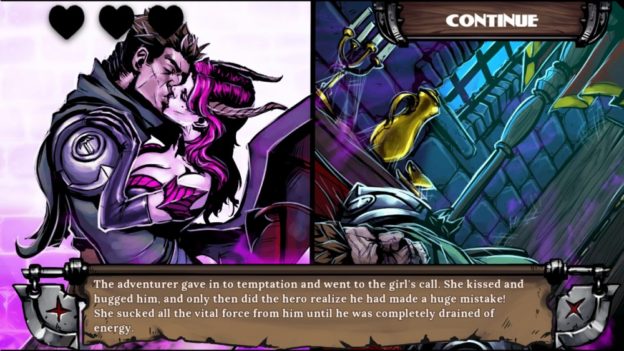 The story moves along quickly; sometimes too quickly. On the plus side, you won’t be poring over text that’s too long or complicated. On the other hand, some later scenes feel rushed, cramming a series of events into one scene, including some decisions you don’t get to make. Considering the three endings of the game use your choices to reveal your character’s disposition, it feels unfair to be told how the character reacts in certain scenes.

I didn’t spot any typos or grammatical errors, which is a good sign in a game that’s entirely reliant on text. It’s not particularly well written, mind you. It’s not bad, it’s just written in a simple way. It can also be crude at times, like it was written by a teenager. In fact, the story quickly becomes very strange. I won’t spoil anything for potential players, but what starts as a medieval-type adventure soon features killer sharks and aliens. Admittedly, this does keep things fresh and light-hearted—this is definitely meant to be a humorous tale—but I think I’d prefer to have known this from the start. 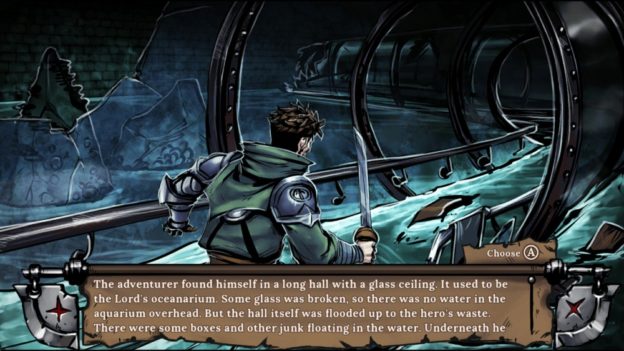 The controls are obviously simple, since your main task is to read and press the desired choice. It’s also nice to see touch screen controls included for the Switch’s handheld mode.

One of the game’s strongest points is the artwork. Swordbreaker features 333 illustrated scenes to unlock. These static images appear as gritty comics, depicting encounters and battles with all sorts of creatures. The incentive to unlock scenes is another plus, since it becomes a matter of trying to collect them all; that’s the real goal of the game. Additionally, there are 112 death scenes to collect, too. 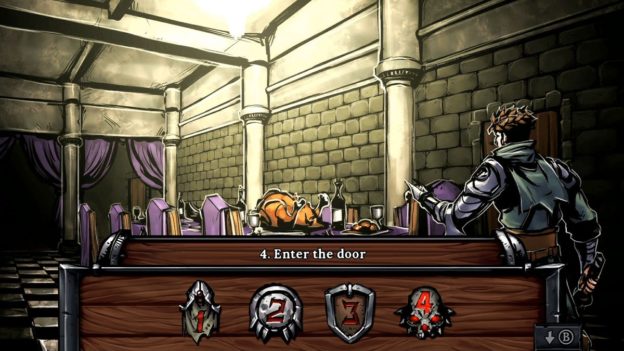 Speaking of deaths, after three of them you’re forced to restart the quest. Your unlocked scenes are saved, but you’ll have to progress through the same story path to get to where you were. This design choice isn’t great, since you end up skipping your way through until you’re back where you were. I feel like unlimited deaths with a back-and-forth mechanic would be more user friendly, making it more like a real book; who restarts a book from the beginning just to get to page 100? Restarting does encourage you to take another path, but if you’re going to unlock every scene, you’ll need to check every option along each route. Either way, you’ll need a little patience to collect them all.

Overall, Swordbreaker The Game is exactly what it promises: a choose-your-own-adventure story. There’s not much like this on the Switch, making it a unique experience, although there’s nothing truly groundbreaking on offer either. If you like reading and enjoy a somewhat crazy adventure, this isn’t a bad way to spend a few hours, especially if you’re in self-isolation mode right now.

Swordbreaker The Game delivers on its promise of a choose-your-own-adventure story. If you like reading and enjoy a somewhat crazy adventure, this isn’t a bad way to spend a few hours, especially if you’re in self-isolation mode right now.