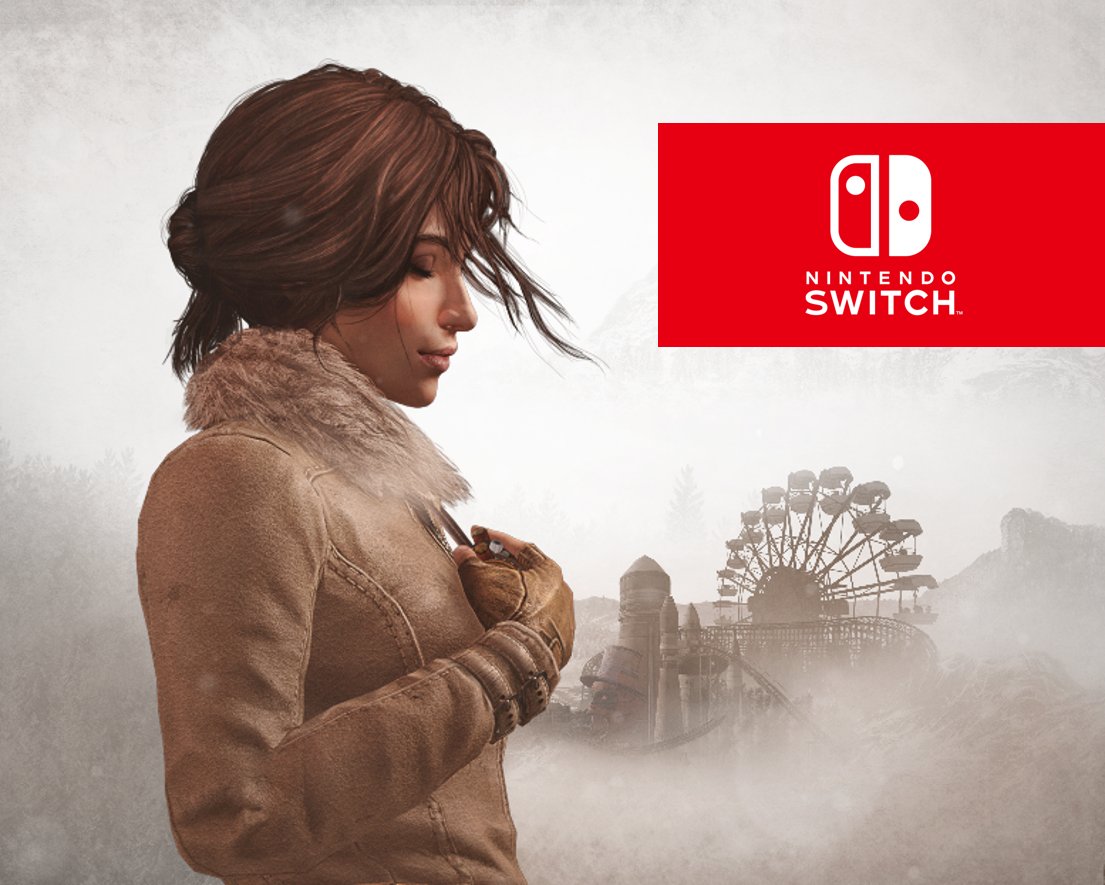 Syberia 3 is finally available on the Nintendo Switch. It’s been nearly a year since the first two games released for the hybrid (recently repackaged in a 2-for-1 deal). We find the lead, Kate Walker, in a hospital, after surviving a brush with death. However, it won’t be long before she departs and begins visiting stops that are more varied, though not necessarily less eerie. The world of Syberia 3, like its predecessors, manages to often bewitch with its marvelous realism style, now in full 3D.

However, the move from static backdrops brings some issues. There are copious amounts of stutter that give the game a real jerky appearance. Additionally, the sizable world is often filled with areas that offer little to do. The eye candy, when standing still, is something special – recall the concept art we featured in PNM Issue #35. But I still long for more characters to interact with, plus hotspots to click on. Load times are another potential annoyance worth mentioning.

Perhaps unsurprisingly, Syberia 3’s audio is also a mixed bag. I’ve no issues with the music, or Kate’s returning voice actress, Sharon Mann. But it’s quite obvious that many of the characters share the same voices. Every other voice actor has at least two roles, and the results are quite mixed. Without enough modulation to clearly distinguish them, it sounds like real potential unfulfilled.

When it comes to games such as this, plot is king. Thankfully, this is where Syberia 3 flexes some muscle. While I still find Kate lacking in believability, her voice actress sells whatever absurdity ensues. I’ve accepted the fact that this 29 year old is going through an early mid-life crisis, flying by the seat of her pants as it were. The pursuit angle, introduced in the sequel, picks up here in ways that let the game hang an air of uneasiness over the chased player. It fits the adventure well and blends nicely with the mysteries of the Youkol Tribe that Kate is shepherding.

Pursuers are hardly the only threat. Kate will find herself in all sorts of hairy situations. Rescuing a Youkol from imprisonment, preparing an old ship to cross potentially Kraken-filled waters, and navigating a radiation-filled amusement park, are just some of the memorable situations on hand. There are several eccentric puzzles, although one involving lights and mirrors late in the game forced me to consult a walkthrough.

Bottom-line, if you enjoyed the prior Syberia games, you’ll enjoy part 3 as well. It offers some fun surprises, and I feel it’ll also prove to have some endurance and stick with me. Plot strengths can’t override the key technical issues though, so do wait for a needed patch and a sale if you’re on the fence.

Bottom-line, if you enjoyed the prior Syberia games, you’ll enjoy part 3 as well. It offers some fun surprises, and I feel it’ll also prove to have some endurance and stick with me. Plot strengths can’t override the key technical issues though, so do wait for a needed patch and a sale if you’re on the fence.