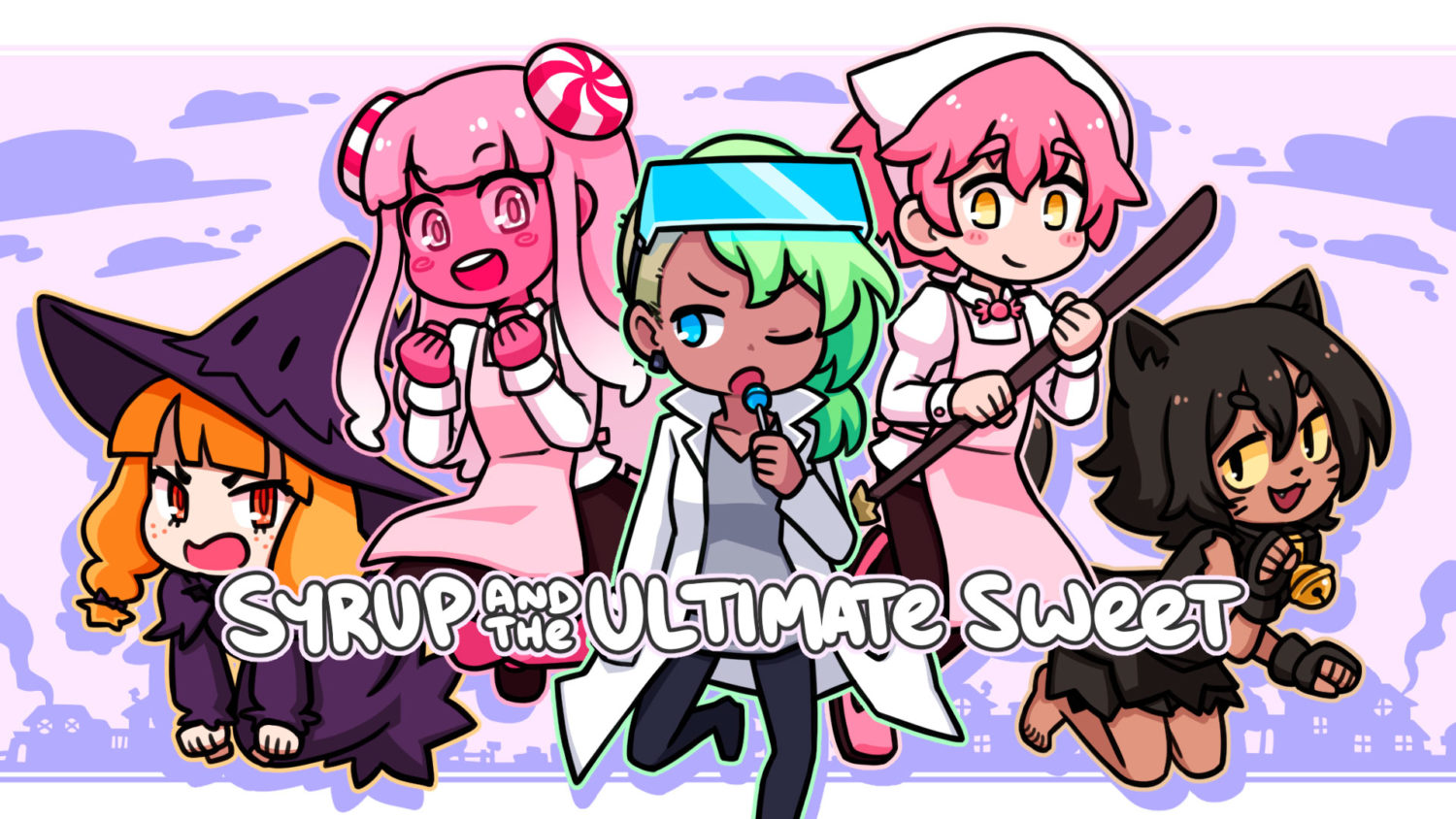 No matter how cynically you go into Syrup and the Ultimate Sweet, it’s difficult not to like the cute and colourful visual novel.

The story is set in a magical world in which you control the decisions of a talented yet grumpy atelier named Syrup. She prefers to make her treats in traditional, non-magical ways and dreams of one day learning how to craft a dessert called The Ultimate Sweet. The deliciousness of her creations means her trade is always booming, but the community keeps their distance from her due to her aversion to magic. The most notable friction is between her and a witch named Butterscotch.

The game begins when a girl made entirely of candy appears mysteriously in the cellar of Syrup’s shop. You then control Syrup’s choices as she figures out where the strange golem came from and what to do about her. 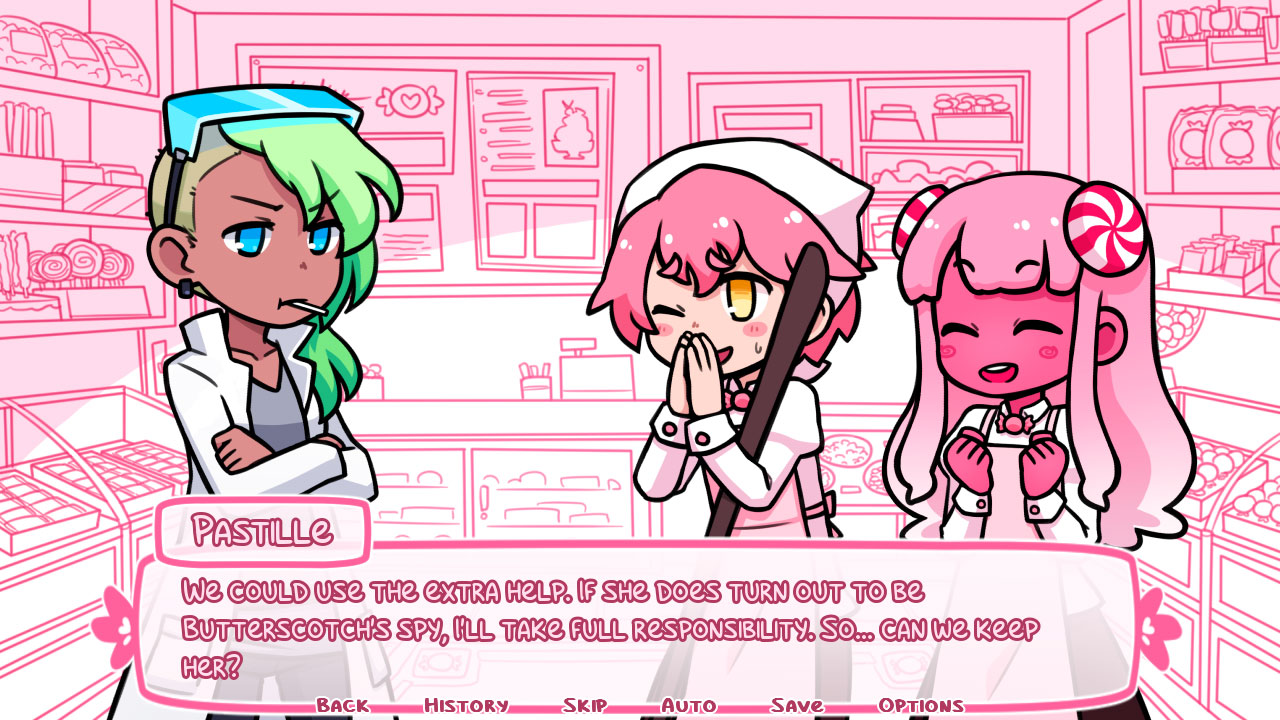 There are certain decisions you can make that result in Syrup and the Ultimate Sweet becoming a very short game. But even when it’s over quickly, it’s pretty entertaining. The quickest ending you get to is genuinely funny.

If you make more of an effort to engage with the game, you’re rewarded with a sweet and heart-warming story, which has ten alternate endings that are each as adorable as the art style. The game has an overarching theme of friendship and kindness built into the various narratives you can unlock.

Even if you make it through the longest adventure in Syrup and the Ultimate Sweet, the game isn’t especially long. But the story varies so much based on your decisions (sometimes as subtle as the attitude with which you respond to a question) that you can play through a few times and still feel like you’re getting a lot out of the content. Each playthrough shows you the story world and the different characters from new angles, fleshing them out a little more each time. 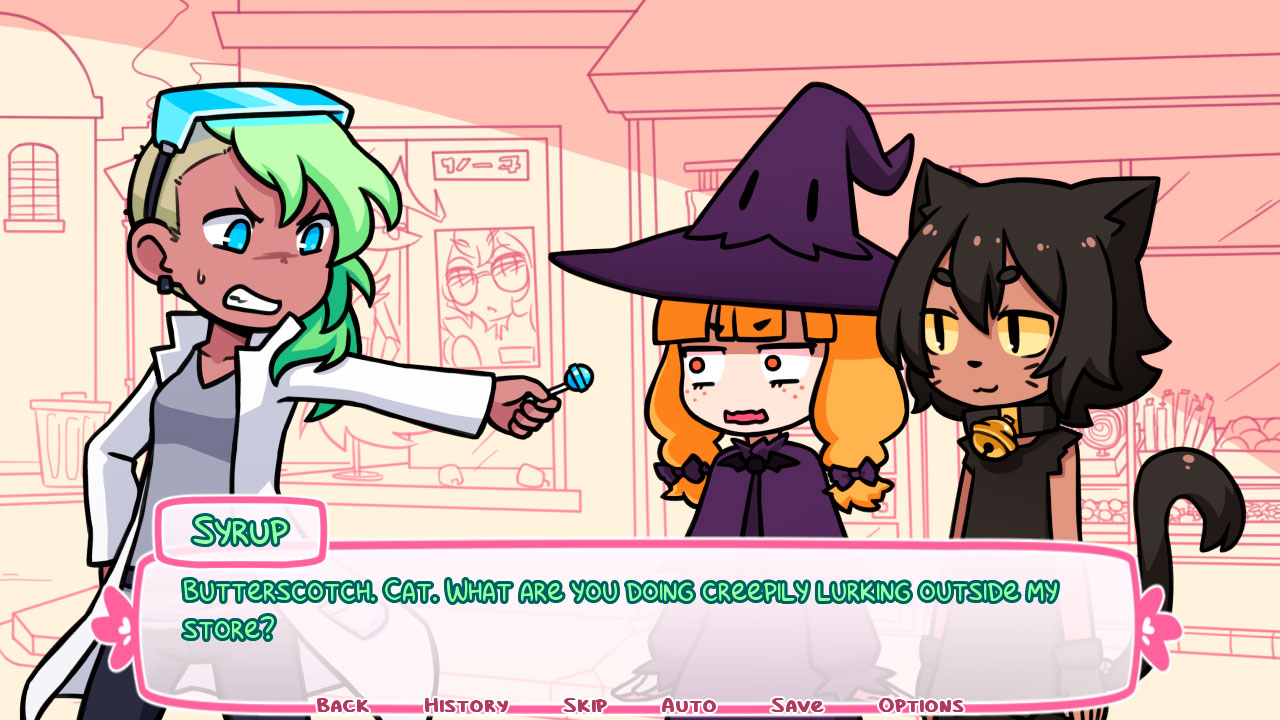 There were points in Syrup and the Ultimate Sweet where I wasn’t entirely sure who the game was aimed at. There are some jokes that, as an adult, I read as being somewhat suggestive, but the overall vibe is wholesome in the style of children’s cartoons. The game is rated Teen for ‘partial nudity’, but it’s not presented crassly. It works out as a good balance where the game is clearly child-friendly but with just enough tongue-in-cheek humour to give adults something to chuckle at in amongst all the cuteness and lessons about kindness.

Syrup and the Ultimate Sweet is cute almost to the point of sickly, but in a way you can’t help but enjoy. It’s heart-warming and wholesome at a time when the world really needs more of that sort of thing.

Syrup and the Ultimate Sweet is a short, sweet game that has enough heart and replayability to it that it is definitely worth the cheap price.