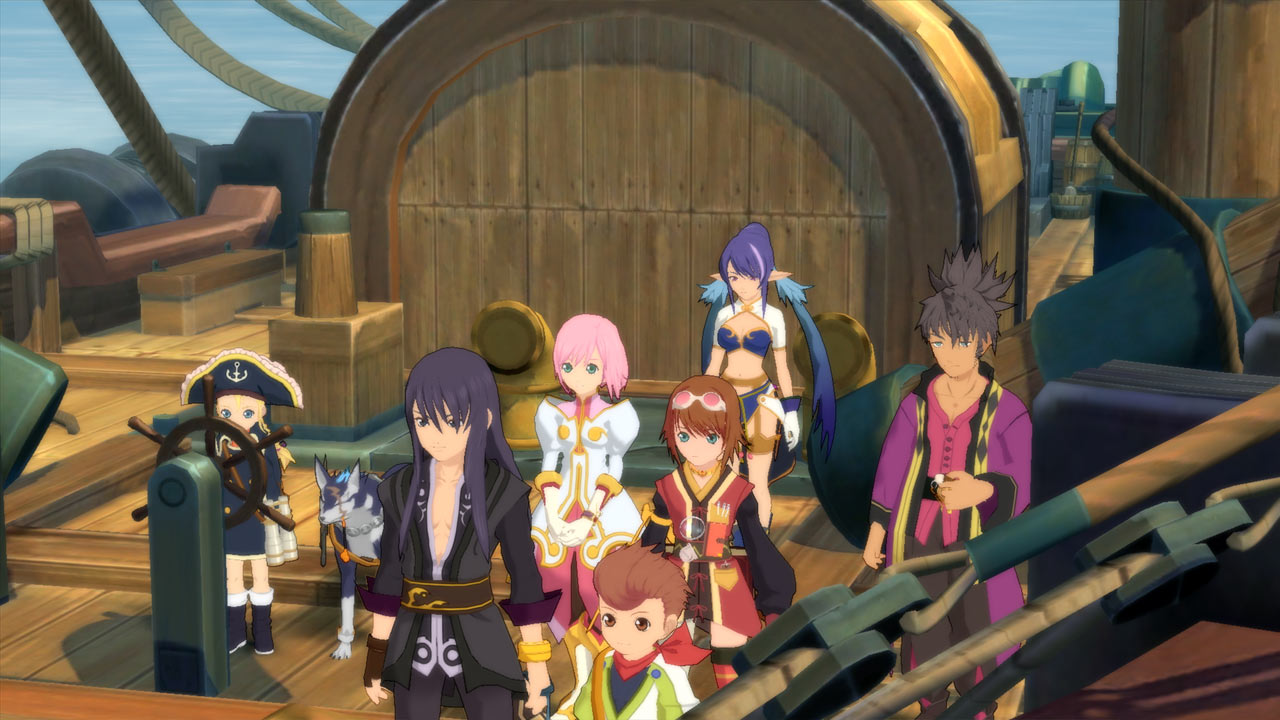 Honestly, it depends upon how far along you’ve already moved. 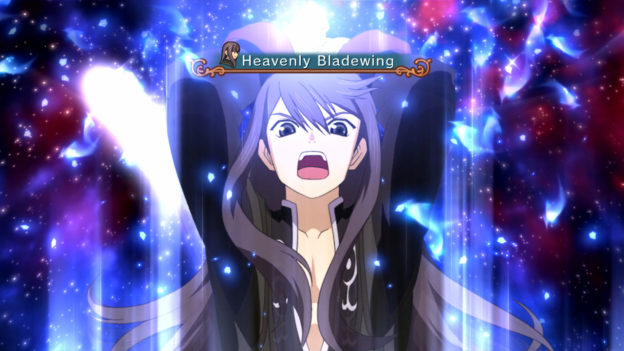 Tales of Vesperia mostly follows the story of Yuri and Estelle—names you may recognize from the Project X Zone games—along with a rotating gang of side characters with various combat skills and subplots to see through. The main plot focuses on a critical energy source called blastia and how it’s used, hoarded and manipulated by various people and nations. Originally setting out to simply retrieve a stolen blastia core that’s crucial for his town’s water supply, Yuri finds himself in a much bigger and more complicated story that manages to leave the gamer guessing throughout. I mean, you generally know who’s going to be at your side at the end, but the road there twists in unexpected and surprisingly complicated (and satisfying) ways.

It also helps that almost all of the characters are enjoyable. Your core group of fighters is diverse and likable (although too young to be on such an adventure, as is typical of JRPGs), and even the bad guys are pretty entertaining as either intimidating villains or comedic buffoons. Tales games often have a highly annoying animal/alien character that grates on your nerves each time it opens its mouth, but Vesperia has Repede, a dog that’s cool enough to carry a pipe in his mouth and smart enough to never light it. More importantly, he doesn’t talk in an annoying voice, he just barks in a human-voice-actor-kind-of-way.

When you’re not exploring towns or traversing the expansive world map, you’re in battle. You can see the enemies in dungeons and on the world map, giving you the opportunity to avoid them if you’re not in need of leveling up or obtaining the items they drop. Up to four of your party members will engage in combat, but you only directly control one of them. The others can have assigned roles, and you can issue customizable direct commands in combat. 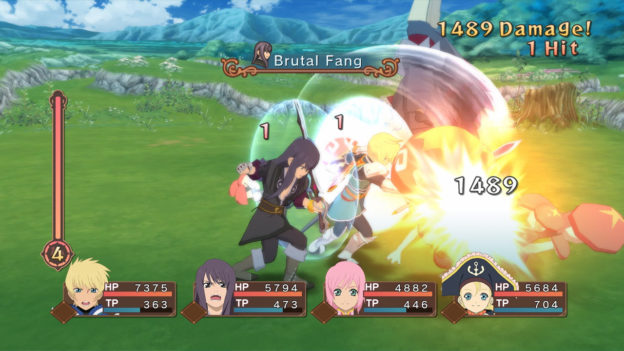 This is normally the place where I’d detail the combat system, but it’s far too complicated to get into here. There are basic and arte attacks to acquire, assign and master, and I never once felt I was truly efficient with it. That’s frustrating, because mostly you’re just attacking enemies in a straight line despite the 3D layout of the battle field. Holding the L button allows you to break out of the line and reposition yourself to get behind enemies or escape a gang-up, but you snap right back into the 2D line to attack. There’s also a whole system of skills and artes to manage for each character, not to mention a confusing weapon synthesis system to deal with. Again, I think I figured it all out—the in-game tutorials and descriptions are far too basic—but I wouldn’t be surprised if I was fighting like a newb straight through to the game’s conclusion, only getting there by being overpowered. I never felt this way when playing Tales of the Abyss on the 3DS or Tales of Xillia on the PS3.

Another drawback is that Tales of Vesperia was originally released in 2008 for the Xbox 360. This newly remastered Definitive Edition comes with upscaled graphics, a rather good English voice track, and all of the DLC from the previously Japan-exclusive PS3 release (including new playable characters). That includes new locations, plenty of alternative character costumes and enough money and items to leave you severely overpowered at the start of the game if you choose to download and utilize everything.

This is all good, but it doesn’t change the fact that the core gameplay is a decade old, and Tales of Vesperia carries with it the weight of its age. It’s unfair to compare it to wide open games such as Breath of the Wild and Xenoblade Chronicles 2, or even more classically constructed JRPGs such as Ys VIII: Lacrimosa of Dana, but that didn’t prevent me from feeling constricted by Tales of Vesperia. Movement through towns and dungeons is controlled by rigid camera angles, and most of the few NPCs present are there for decoration, not interaction. Hugging the walls as you move around sometimes reveals hidden objects, so you always end up moving through town like a drunk trying to find his balance, occasionally bumping into people to see if they have anything of use to offer. As such, exploration felt unnatural. 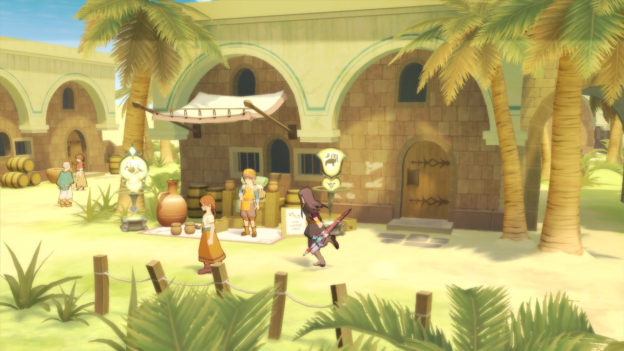 This brings me to the sidequests, which are an annoying affair here. The game seems to be designed to at first hide them from you, then make you forget about them once you’ve picked them up. There’s a journal to help you keep track of the main story, but it’s of little help in even that regard. If you want the rewards for completing sidequests, you’ll need to have a walkthrough handy and follow it without deviation.

All that considered, this becomes a rather harsh review of a game I mostly enjoyed playing. The faults didn’t kill the experience for me, they just hampered my ability to become fully vested until the story ultimately won me over. In other words, you may need to force yourself to stick with it.

Fans of the series will (and should) relish the chance to finally play this entry in the series, and there’s enough Tales goodness here to make it worth the wait. The story is involving, the acting is top-notch, and the remastered graphics are colorful and (mostly) crisp. However, these may not be at a level that will win over anyone who’s never played a Tales game before. And to those who moved to the Switch from the PS3/4 and have recently enjoyed Tales of Xillia, Zestiria or Berseria, the overall presentation and combat system will feel like a regression. As long as you’re okay with that, you’ll enjoy this Tale.