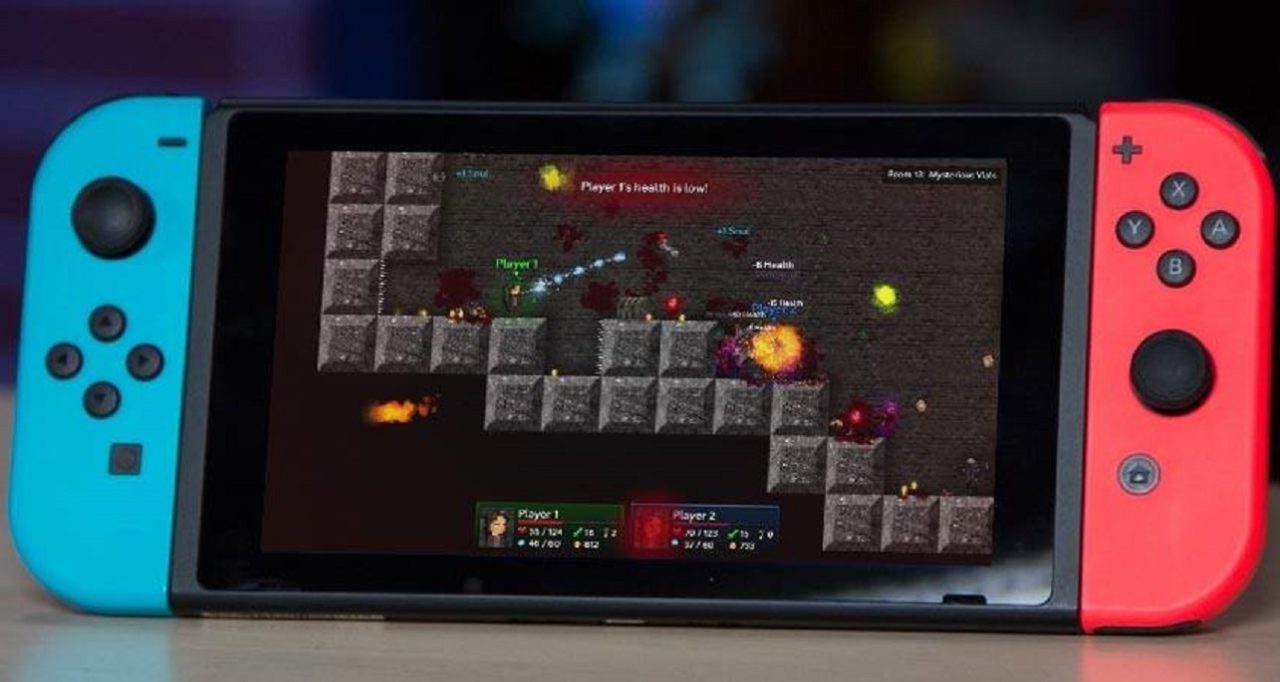 Tallowmere is a roguelike sidescroller that sees you slashing at foes, dodging traps, and even slaughtering kittens for extra health if you’re truly desperate. The quirky sense of humor manages to charm in spite of its simplistic, somewhat ugly, Terraria-like art-style. At $6.99, Tallowmere doesn’t ask for much, but I struggle to recommend the game at that price, especially when there are so many other roguelikes on the Switch alone.

There are things to like about Tallowmere, don’t get me wrong. The game is effortless to pick up and play thanks to its single-button combat. Players are also given a ton of options that increase replayability. On top of the standard dungeon-delving, you can adjust the settings of your next run through an extensive list of options such as turning off health drops and increasing the enemy count. If that’s not difficult enough, then challenge missions will force you to complete runs under certain conditions, like using a specific weapon. There’s even a co-op mode that allows up to four players to tackle dungeons.

Players are given a wide variety of tools to disperse foes: axes, clubs, magic wands, and even rocket launchers. They all have different effects as one would expect, such as the club knocking foes back or the rocket launcher blowing enemies into chunks from a distance. However, the weapons feel more or less the same to use. Your swings or shots are only limited by how fast you can tap the Y button. But if you think just spamming is going to cut it, you’re going to wind up dead. That’s where your shield comes in. 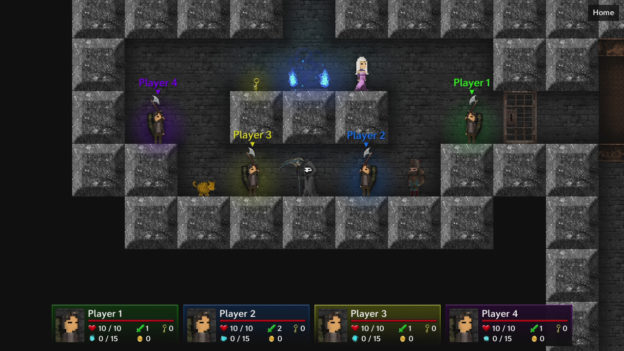 Holding ZR brings your shield up instantly. Shielding negates most attacks as long as you face them. But having your guard up reduces your jump and your movement speed, and also removes your ability to turn around. Knowing when to attack and when to raise your guard is where I think Tallowmere shines. It’s what you can’t block that I think bogs the game down.

Most levels have spikes littering the walls around you. They don’t do too much damage, but the levels are very claustrophobic. Not helping at all is your inconsistent jumping animation. Sometimes your character goes straight up. At other, seemingly random times, your avatar does a flip in the air, which makes it easy to graze into spikes. Making the jump more consistent would make it easier to gauge where the hitbox will go, thus making an accidental tap of the spikes feel more like the fault of the player. 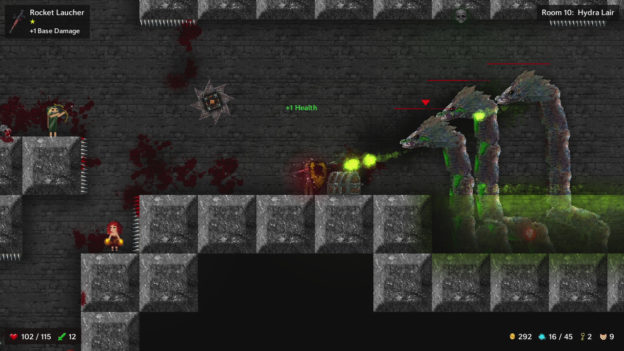 Spiked walls aren’t the only tricks up Tallowmere’s sleeve. Scattered throughout nearly every area in the game are skulls that spit out unblockable gas. There are even saw blades that may run across the walls and floor. Neither of these is particularly difficult to avoid – that is, if you have the option to avoid them. Occasionally a sawblade might spawn in front of the door to the next room. In some instances, gas traps spawn too close to teleporters and immediately hit you after using one.

Teleporters, by the way, take you between the dungeon and the hub world. It’s the hub where you buy items, sacrifice kittens to increase your max HP (at the cost of being ranked on a separate leaderboard), and get free healing from the titular Lady Tallowmere. And you’re going to need that healing. The game assumes you’ll be taking damage. Weapons and equipment skills that increase your HP and regenerate your health are a necessity to the point where they overpower the other perks in the game. 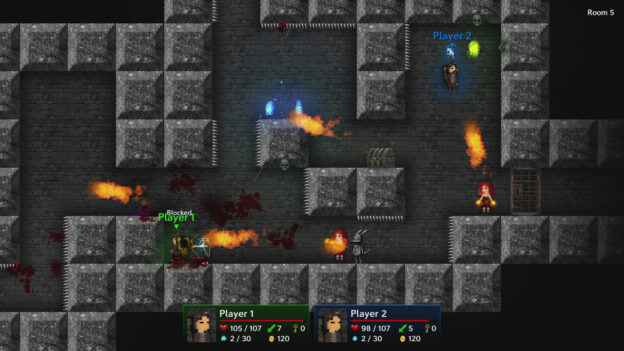 I’ve gladly passed over rare equipment for low-level scraps of cloth solely because the scraps had health regeneration. Not to mention long-range weapons – especially if they have homing – are almost always more reliable than melee tools. Ranged armaments keep you out of danger, and thus help limit the damage you take.

The need for regeneration and range was at its height during the hydra boss. Each of the serpent’s three heads continually spews unblockable homing gas. My strategy was reduced to repeating the process of hiding in cover to generate health and popping back out to tank damage and spam the ice wand, a long-range homing weapon. The worst part was after the fight, where I had to wade through the hydra’s pool of damage-dealing acid because the key needed to reach the next room fell right in. 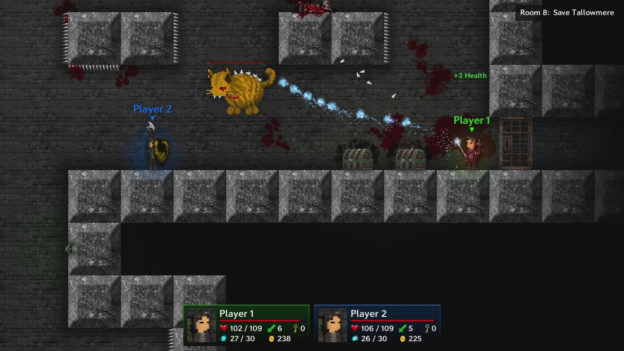 For this game to be worth the price of admission, they would have to rework the dungeon generation to prevent situations where you have to take damage just to get to the next room. If the combat was slower and more methodical, there might have been more weight and strategy. It could make melee weapons more reliable, and with slower combat, the player may have more control over how much damage they take. That, in turn, could make HP regeneration less of a necessity.

As Tallowmere is now, I say only get it at half the price. There’s a good game in there somewhere, but in its current incarnation, it’s too unpolished for me to recommend.

For this game to be worth the price of admission, they would have to rework the dungeon generation to prevent situations where you have to take damage just to get to the next room.