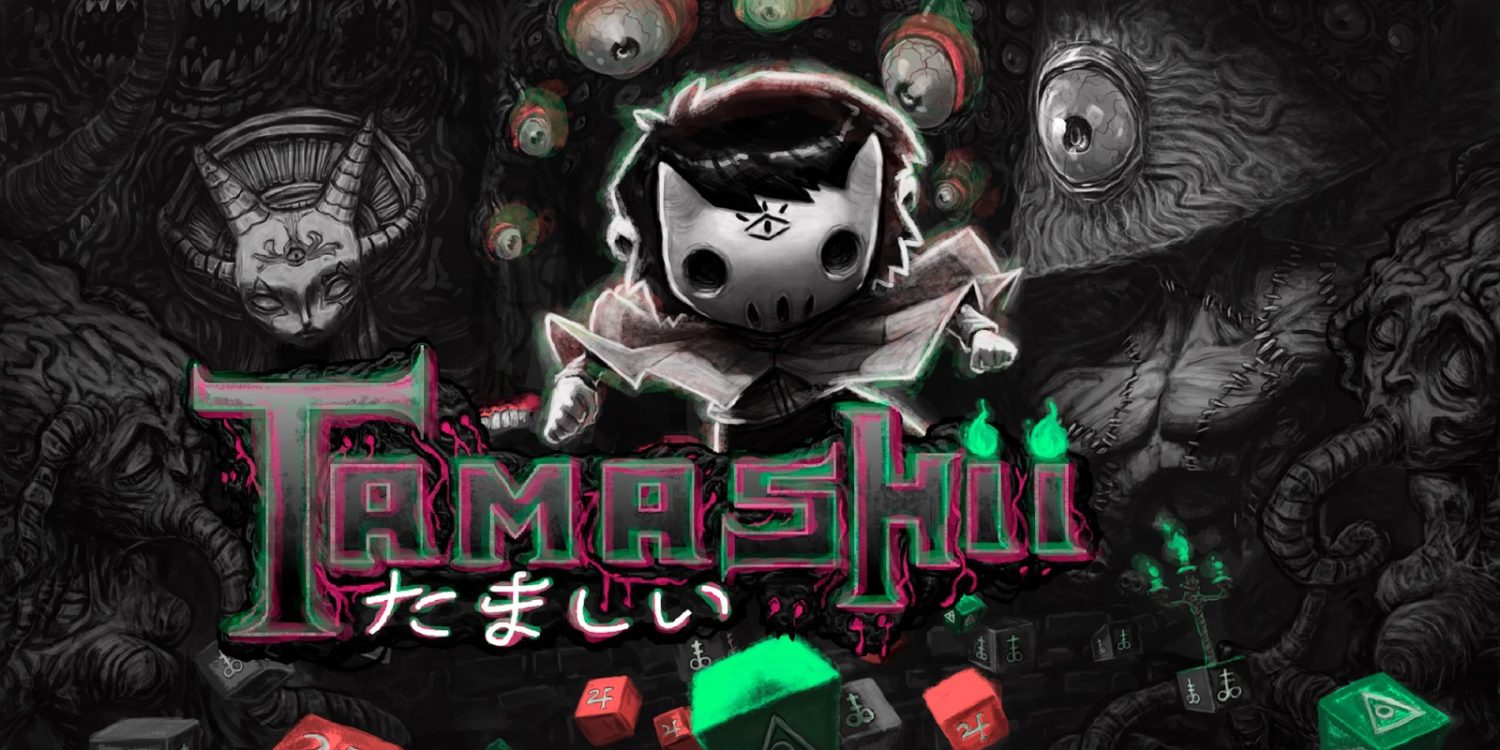 Tamashii is one of the more disturbing experiences I have played, and I don’t say this so I can write a more interesting review. With disturbing imagery and a realm filled with creatures that could only be dreamed up in nightmares, this puzzle-platformer takes the horror genre to new heights. Not with jump scares or big, spooky monsters, but by taking you to a place you feel the most uncomfortable entering: a domain of horrors, the likes of which I have never had the displeasure of experiencing. Even with Tamashii’s setting and art style, I can’t help but feel like the majority of what I am describing is a gimmick, as the actual gameplay simply boils down to a tough set of puzzles. Gimmick or not, this is a game that will stick with me for a while.

You are the creation of some other-worldly being who has sent you on a quest to clear out various dungeons in order to regain a foothold in this dominion. As you seek out the source of evil within this dark temple you discover a witch of sorts has taken refuge there and plans to hold onto her new home. After bringing this news to your creator, you strike out to finish each of the puzzles in every dark area to expel this unwanted host. The story, although unique, is completely overtaken by the setting. There isn’t anything deep or life-changing behind this one, but it offers a twist on the puzzle-platformer genre that will feel fresh.

The locale you will have to endure is something of a mix between the horror films Saw and The Human Centipede. Taking that and mixing it with the obvious 80’s Japanese aesthetic gives you something that is trendy and stylish, all while making you squirm in your seat. Skin-monsters and human gore imagery build a feeling of genuine fear. Even though the monsters don’t seem to mind your presence, occasionally a monster will chase you around. Otherwise, you are simply avoiding traps, lasers, and unnatural pieces of the environment that will end your attempt. Boss monsters that I could only describe as some sort of demon spawn sit at the foot of the dungeons. In these boss fights you have to resume solving puzzles while avoiding an untimely end.

Platforming in this one isn’t really meant to be the main function outside of traversal. Even though there are some puzzles that require speed and finesse, you are mostly just sitting back and trying to figure out how to complete each puzzle. Jumps feel tight and accurate and never caused me any harm — the game causes enough on its own.

Solving puzzles consists mostly of the utilization of a cloning mechanic, in which you drop a laughing skeleton of yourself onto a point here or as a decoy there. You also use sigils and buttons in order to manipulate these characters, as they are stationary otherwise. Areas in each stage will be locked off to you, and with these clones, you must open up the way to the exit. After a few stages, you will be able to progress as the dungeon has been cleared. Once this is done through a few dungeons the story progresses and moves you on to even more dungeons, puzzles, and boss battles. This makes for a slight bit of monotony as puzzles stick to a few variations, but those are pretty well done. The puzzle skill level in this one felt just right, with some challenge and trial and error needed, but not enough where I found myself ever getting so frustrated that I needed to take a break. As a pure puzzler, I can say this one is surprisingly good, if you can get past all the gore.

Utilizing an 8-bit art style allows this game to be less detailed, which is a major plus based on how crooked the mind of the creator must be. Lots of dark colors, with bright reds, greens, or blues dispersed for emphasis. Everything outside of the backdrop and platforms, which are black on black, have an unsettling skin and blood colored tone, especially monsters and bosses.

I don’t think Tamashii is a game I want to revisit ever again. That isn’t because the game is bad, it just made me so uncomfortable that I had to quickly finish it so I could move on. The gore feels a bit like a gimmick to get horror fans to buy this simple puzzle game, but the insanity is there for those seeking it. Outside of the initial campaign of puzzles you also have time trial modes that can enhance the experience to allow for speedy reruns, but that is only for the strong hearted amongst us. You could probably do your best to ignore all the horror-filled, gory scenes in order to just get through the puzzles, but where’s the fun in that? As a platformer, this game is lacking, but as a puzzler, this title offers a really solid experience. You just have to have a strong stomach and mind.

Tamashii is one of the most disturbing experiences I have ever had. With intense horror and gore-laden imagery, this is a title that will stay with me for a while. Even with all the positives with the setting and art style, at the end of the day, this game is a poor platformer, with pretty solid puzzles to work through.