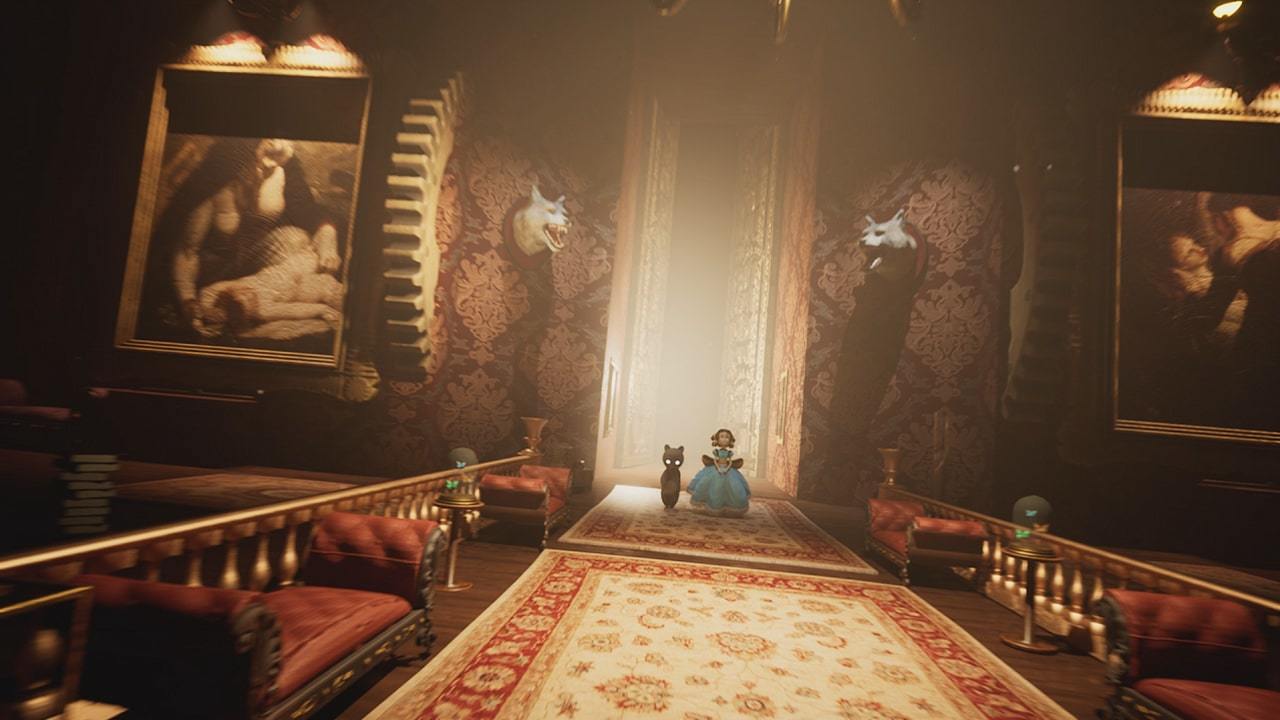 Tandem: A Tale of Shadows blends a spooky story with a cute art style to create a game that blurs the lines of physics. It plays with the concept of the puzzle platformer by switching between two viewpoints that take place in separate dimensions.

The story is relatively simple. A young girl named Emma has taken it upon herself to investigate the disappearance of a missing boy called Thomas. She is accompanied in her quest by a teddy bear named Fenton who can move through an alternate dimension of shadows. You play as both Emma and Fenton, swapping between their two realities to solve puzzles as you make your way through the ominous mansion where you believe Thomas is held captive.

This makes for quite interesting gameplay. You switch between a top-down view of Emma and a side-scrolling view of Fenton. The buttons you push, objects you move and levers you pull affect both dimensions and you need to be conscious of the relationship between the two to progress through the game. 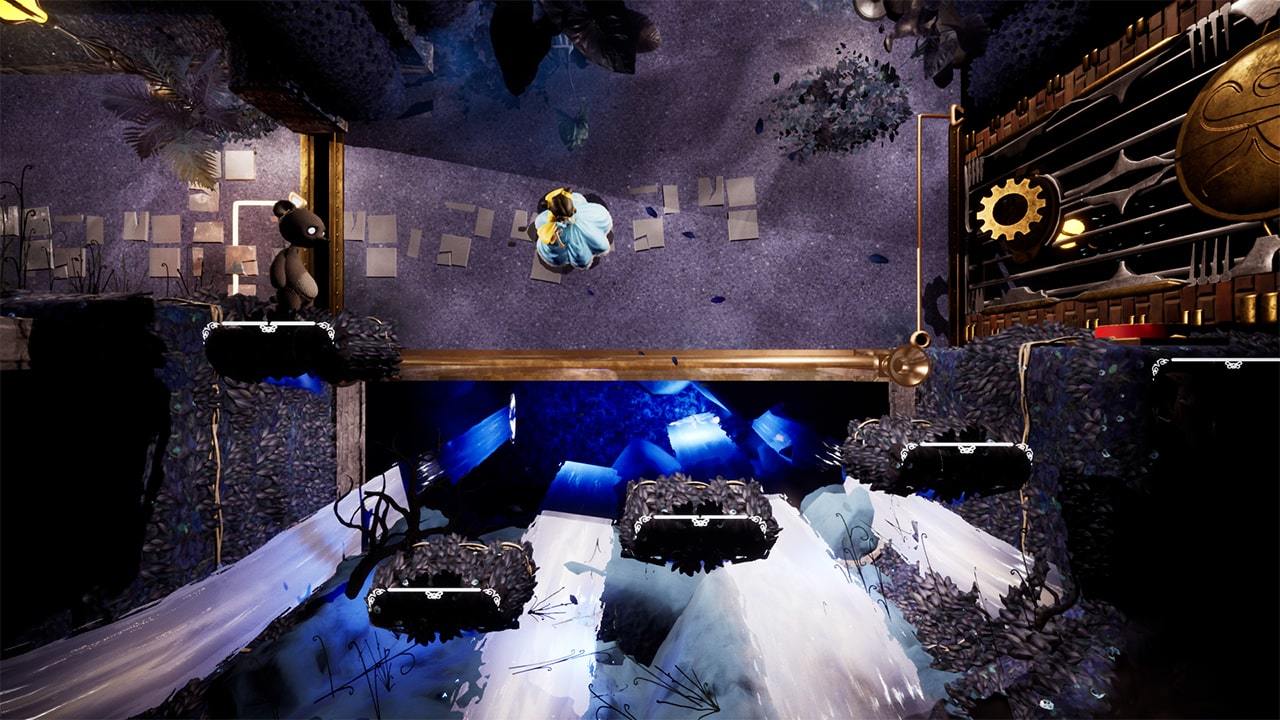 Tandem: A Tale of Shadows is split into numerous sections which are described as “worlds”. In practice, they take the form of different areas within the sprawling, spooky mansion. There are five core segments that each have their own unique design and mechanics. These are quite inventive, with a greenhouse that requires you to manipulate and a boiler room with steam vales you need to adjust. Each “world” is split into various levels that culminate in a boss puzzle.

The puzzles are interesting, but aren’t particularly challenging. As a PEGI 7 game, this makes it accessible to children with less developed problem-solving skills, while staying fairly engaging for older players than a standard puzzle platformer.

If Fenton falls onto the shadow spikes or Emma gets caught in a trap, they’ll respawn pretty much right next to where they last died. This means the stakes aren’t especially high. Still, I generally enjoyed getting through the mansion, figuring out how each new mechanic functions alongside arranging shadows to offer Fenton a safe path through his dimension while keeping Emma safe from traps and monsters. 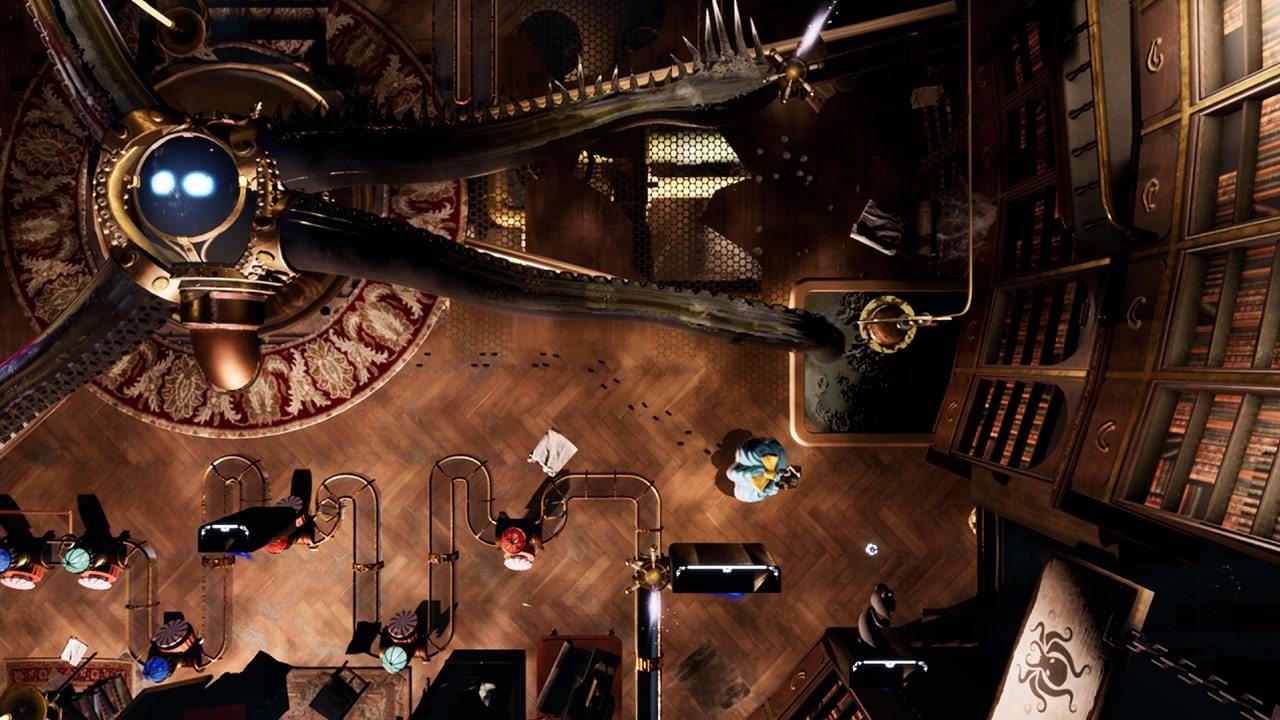 The one aspect of Tandem: A Tale of Shadows that I think needs more work is the narrative. The trailer lays the foundation for an intriguing mystery, but the game itself doesn’t build on it very much. It doesn’t explain the relationship between Emma and Fenton especially well, nor how Fenton gained his supernatural powers. It’s unclear how they came to find the mansion where the missing boy is hidden, while the police and his wealthy parents failed to get anywhere close.

Ultimately, this isn’t a very plot-driven game, so it’s not a game-breaking issue. The focus has evidently been on the puzzles and distinctive style, both of which are decently constructed. You can easily play through the whole game without paying any attention to the story and enjoy the puzzles well enough. However, I thought that there were just enough interesting seeds planted that it was disappointing not to see them flourish.

Tandem: A Tale of Shadows is a cute, clever puzzle game with a distinct style and engaging challenges, which could benefit from a more fully realised narrative.