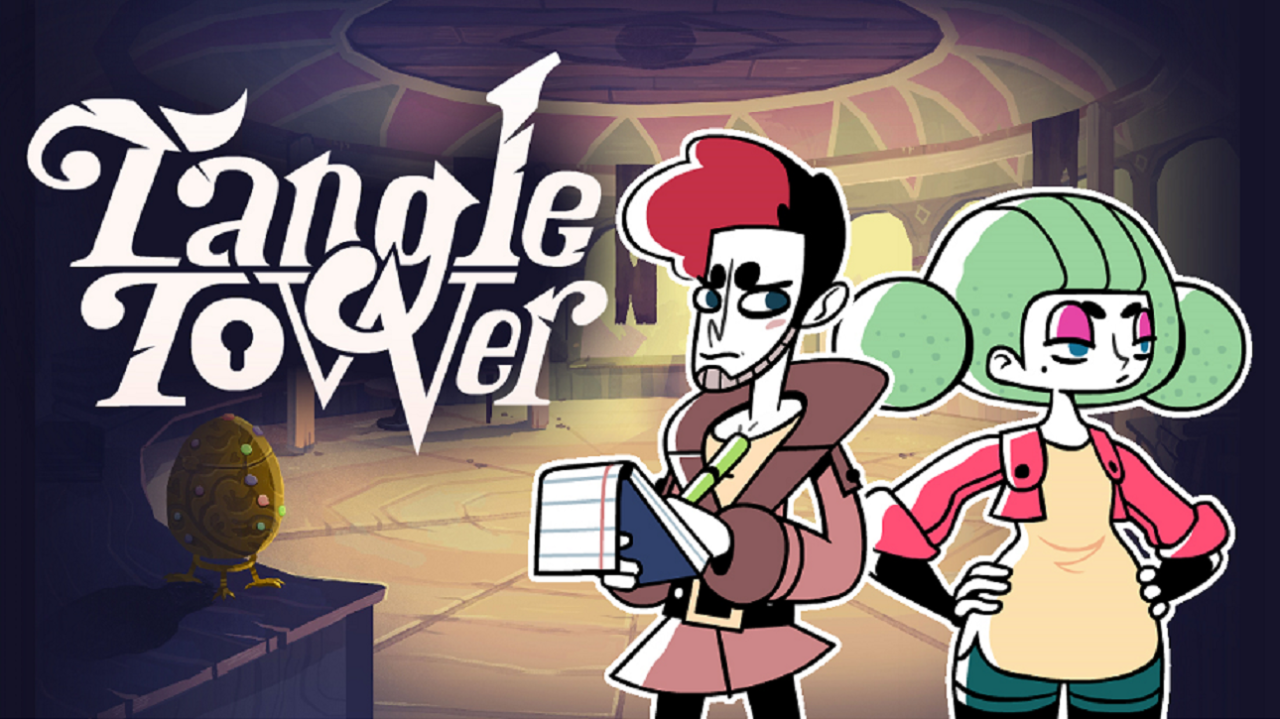 Private Detective Grimoire and his snarky assistant Sally enter the mysterious Tangle Tower to investigate the crime scene of the murdered victim Freya Fellow. However, the only witness isn’t speaking and the red paint on her painting is actually blood. Visit the quirky, and frankly kinda suspicious, family members that reside in the mansion, garden, and greenhouse to get information about your suspects and suspicious items you pick up along your investigation. At first glance at this game, I thought it would be a basic puzzler, but as soon as I clicked on anything I could in the first area and received comments from the characters on basically everything, I knew I was in for a ride.

This game is amazing! All the characters and all of the dialogue are fully voiced. Each character even has their own instrumental theme song. The character design is awesome, and the animation is very fluid and just so pleasing to see. The people you meet have their own distinct personalities from the goth pessimist Poppy to the blunt but endearingly awkward Fifi. The dialogue is natural and charmingly suits all of the characters in Tangle Tower.

Throughout your investigation, you may discover some suspicious discoveries about each person. You need to show the evidence for your accusations and fill-in-the-blank with your accusation worded properly. There are some puzzles you need to solve to get access to certain items of evidence, like unlocking a door or finding combinations to things. The puzzles can be hard at times and there are some puzzles you discover that you can’t solve until later.

I love basically everything about this game, but If I had to think of one thing that I didn’t like, it would have to be that it felt kind of short. The game’s storyline leaves you on a cliffhanger but also ends in a way that makes you want to know more, but the pacing felt sort of off to me. Towards the end of the game, it seemed to go by a lot faster than before, but that could be due to it being mostly cutscenes where you just click to make the dialogue move on.

Tangle Tower is priced at $19.99, which is pretty fitting because I can tell a lot of passion went into this game. There are just so many details, and the character’s personalities are really reflected in body language and vocals. It reminds me of the Professor Layton games, but with more focus on investigation over puzzles, which is nice for a more casual gaming experience. I would highly recommend you check out Tangle Tower. It’s amazing!

I can tell a lot of passion went into this game. There are just so many details, and the character’s personalities are really reflected in body language and vocals. I would highly recommend you check out Tangle Tower. It’s amazing!