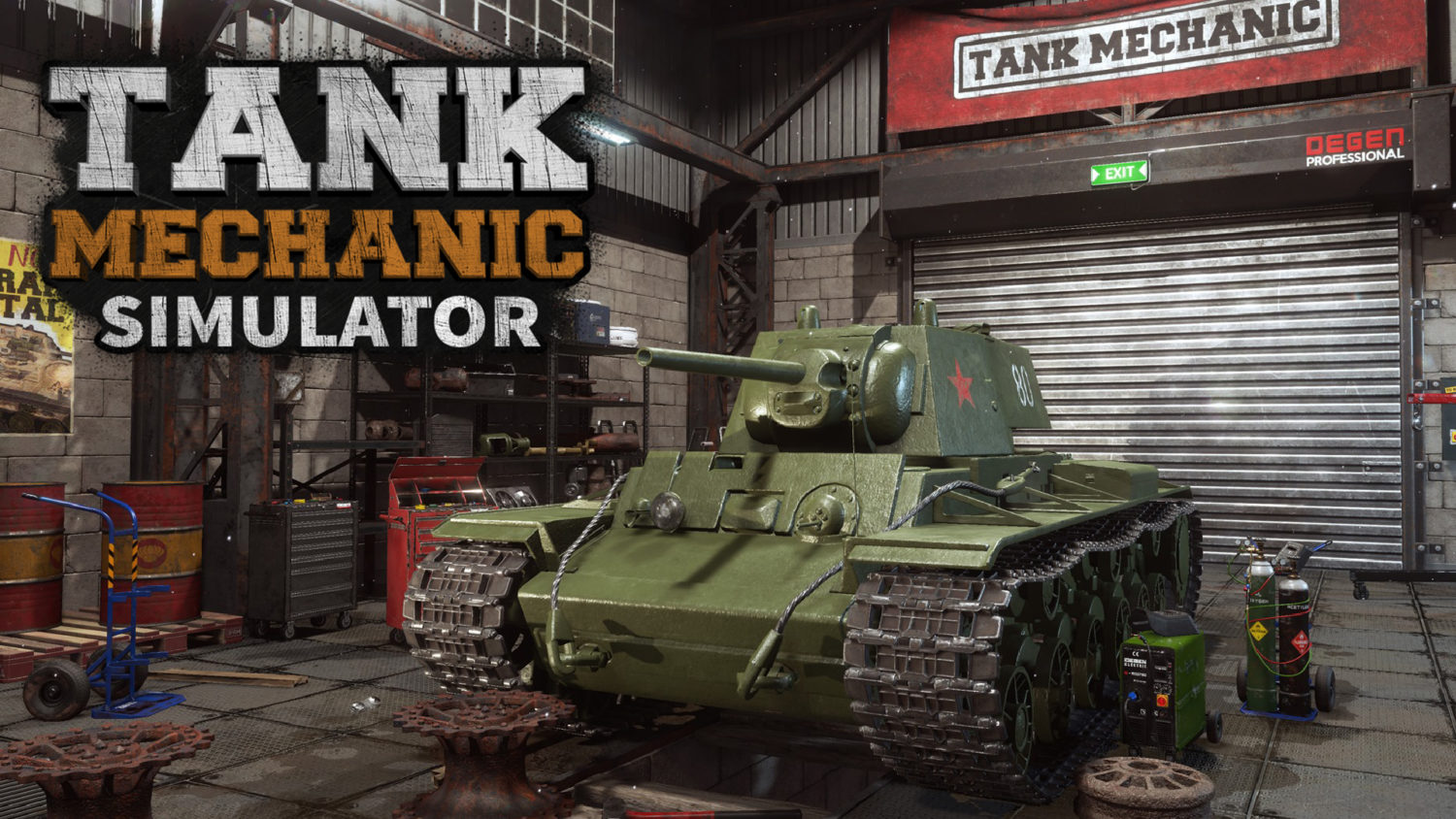 Much like most people (I think), my knowledge of tanks is quite limited. By ‘limited’, I mean I watched Fury about four years ago, and that’s the basis of 100% of my information. Additionally, I’m not a mechanic, so I can’t speak to how accurate Tank Mechanic Simulator is. What I can say, however, is that I found this game a lot more enjoyable than I had expected. Don’t get me wrong, this isn’t Fury, and I certainly don’t look like Brad Pitt after spending hours building tanks, but there is definitely a lot to like about Tank Mechanic Simulator, tank-enthusiast or not. 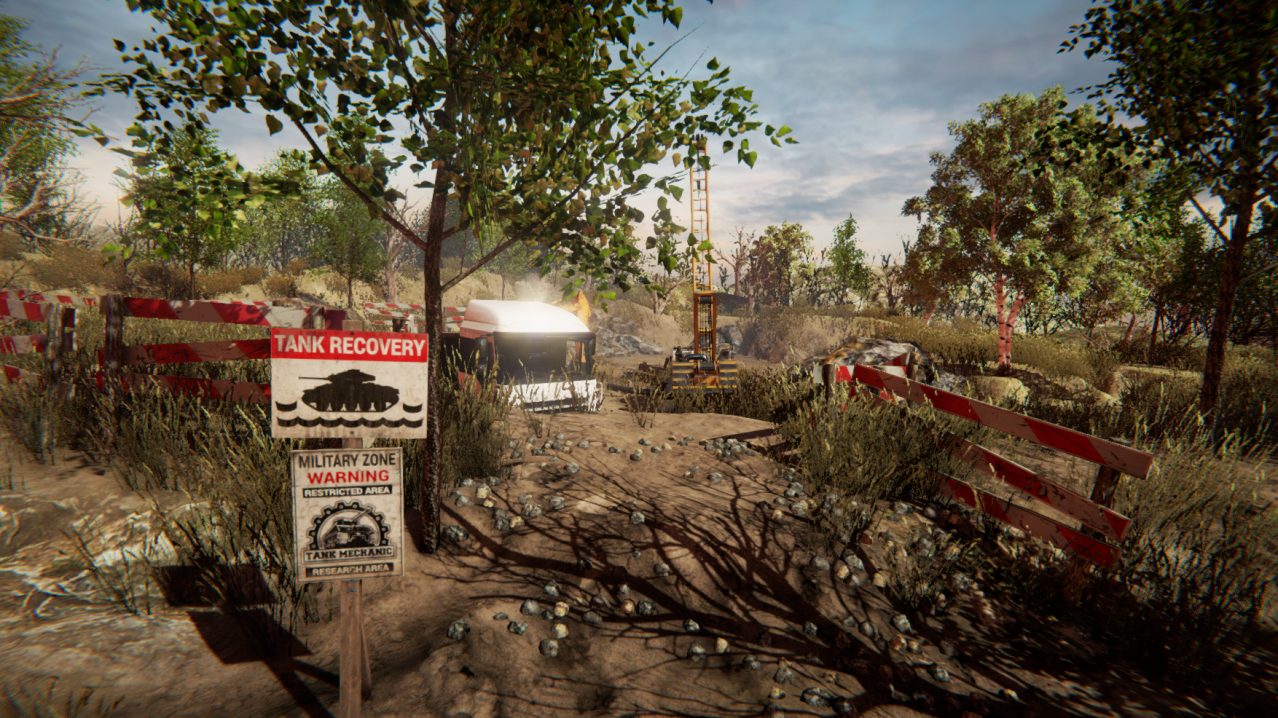 Tank Mechanic Simulator follows the pattern of other sims. You assume the chosen profession — in this case, tank mechanic — and you get straight to work. First, log on to your computer, wait for it to boot up (which is a nice touch), and then get checking your emails — a welcome break for many who already spend their days checking emails. There will be some jobs for you to accept, and then you can get started. These jobs will range from excavations to fixing up rust buckets, neither of which are particularly exciting or unique. All too often I found myself feeling like I was stuck in a repetitive loop, yet I still enjoyed it. It was almost comforting, helping me forget the stress of scrolling through Netflix for hours in search of something new to watch.

If, like me, you enjoy the repetitive grind, then you’re in for a treat . There is plenty to do, even if it’s more of the same. I didn’t realise just how many tanks are in need of repair, but in this game you’re never short of work. Eventually you get to a point where you can pay someone else to do the excavations and more monotonous tasks for you. Where Tank Simulator really comes into its own, however, is the sheer amount of tanks and renovations you can do. The level of detail, even to a rookie like me, seemed quite astounding. This game was clearly made by someone with a fondness of war machines. 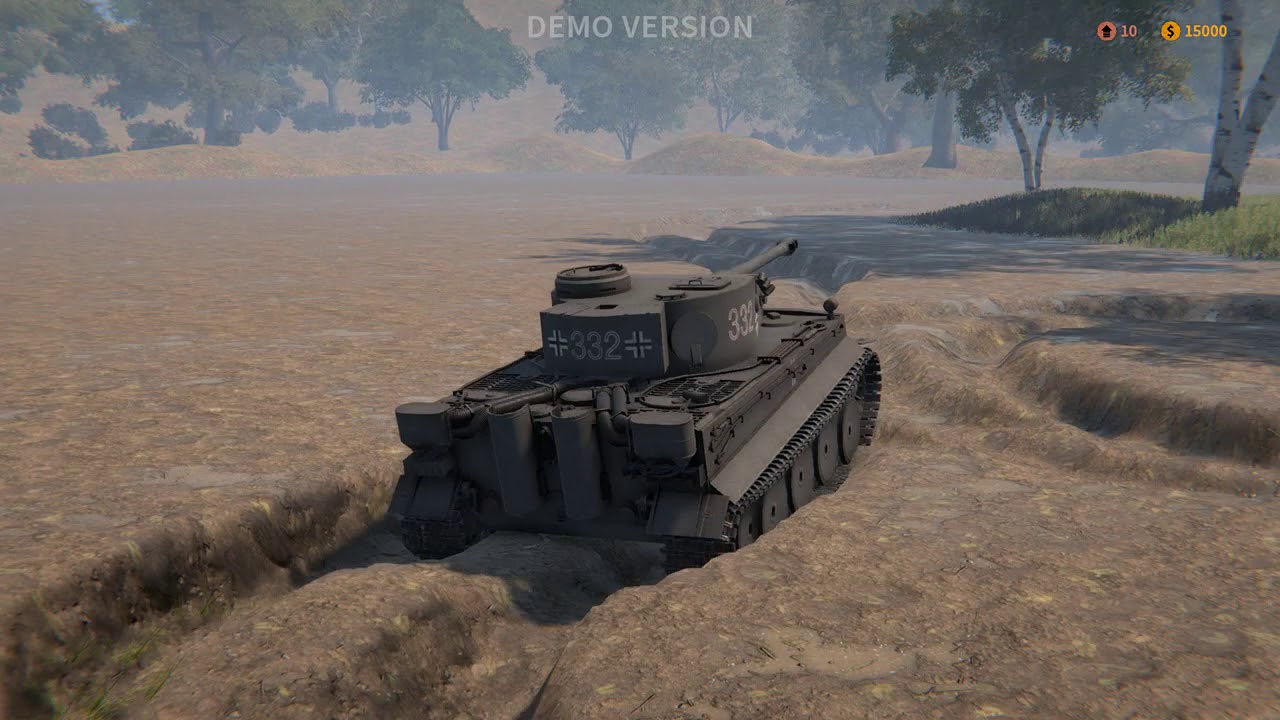 My best advice to anyone who decides to don the overalls and climb under the chassis is to not skip the tutorial. Like most sims, this game is incredibly dense, even intimidating at times, and the menus are not very clear. In handheld mode especially, it is difficult to read things and make out where exactly you’re pointing. On top of that, it’s not always clear what you are supposed to be doing and what you’re selecting. More than anything else, the UI makes it very clear this game was not designed for the Nintendo Switch, but instead the PC. Getting Tank Mechanic Simulator onto the Switch has come with, understandably, some downgrades to the visuals. Too often it is very difficult to differentiate between the murky tones. Despite this, the tanks, which are really the main event, do still look sharp in comparison to the environments and the garage.

Not only do you get to assume the role of a tank mechanic, you also unlock a tank museum to show off your hard work and restorations. This is a really nice touch and adds another motivator. It’s also good fun getting the aesthetic of your museum right, and even deciding on posters to ensure it feels authentic. I know I haven’t mentioned it yet, but in case you’re wondering, driving the tanks and making them go bang is also on the table. Obviously, it doesn’t become World of Tanks, but it’s definitely a nice touch. 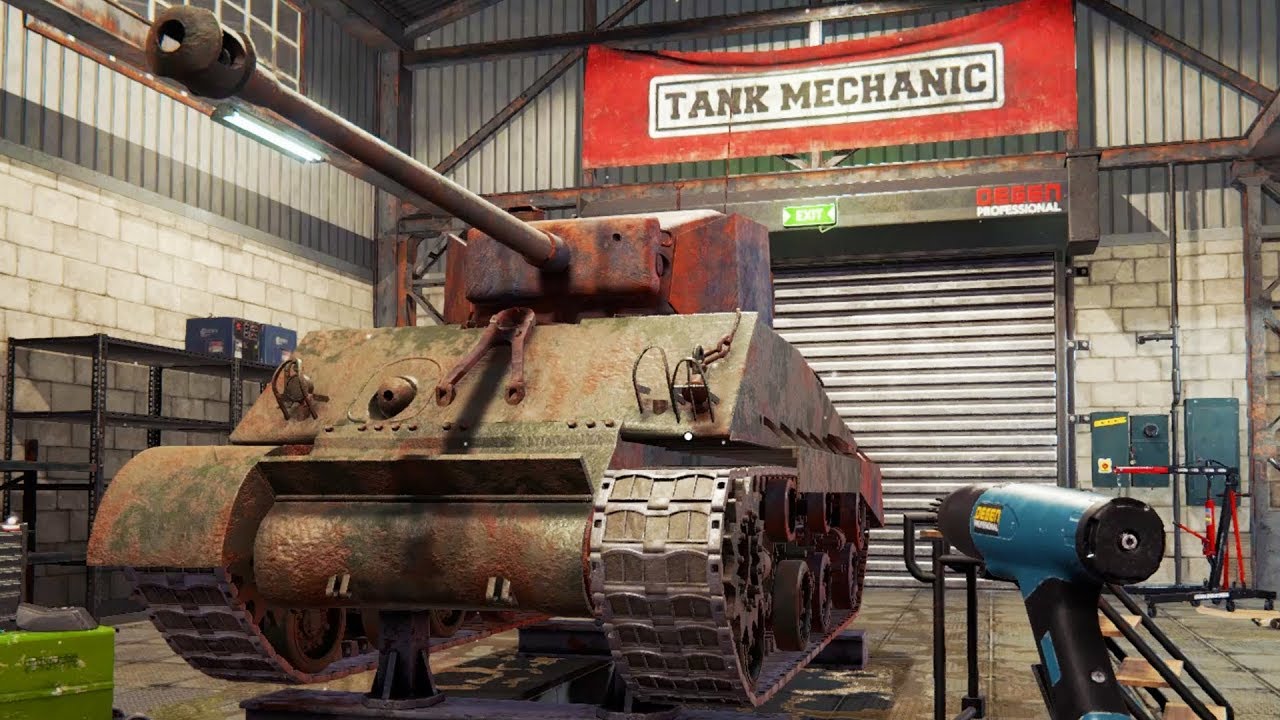 Tank Mechanic Simulator, like most sims, is an incredibly in-depth game in which you could easily spend hours upon hours. There’s so much to do, and always another restoration or excavation to tackle as you continue to grow your museum. If you’re a tank enthusiast, then this is a must-buy. However, if you only have a passing interest in tanks, then there is still plenty of content to sink your teeth into, it just may not be as rewarding.

Tank Mechanic Simulator has a lot to offer and could easily soak up hours of your time if you’ have the patience to get used to the menus. However, it is a must play for any tank enthusiast.