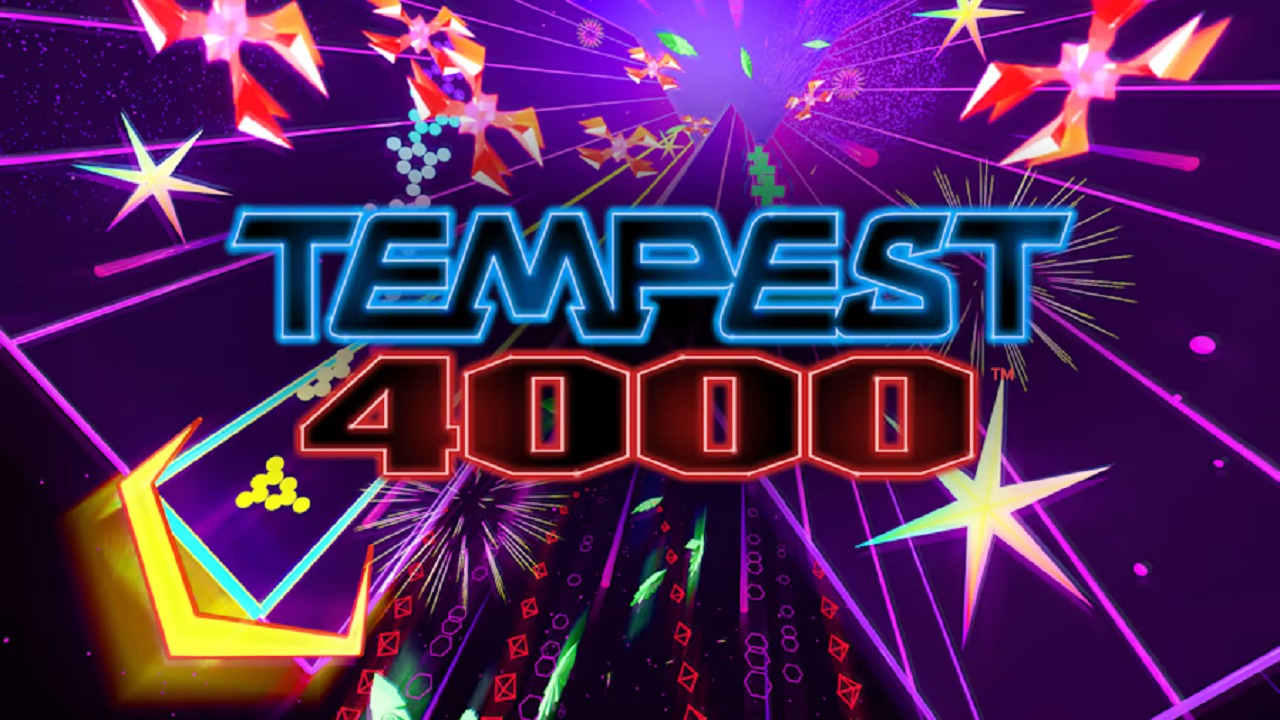 Get ready for some tube shooting action with Tempest 4000. How does this port of the 2018 game fare on the Nintendo Switch? Allow me to catch my breath and share some of my thoughts.

For those unfamiliar, the original Tempest is an arcade game that carved out a niche in the early 90s alongside classics like Donkey Kong and Galaga. Unfortunately, its sequels were released on poor-selling hardware (Atari Jaguar and Nuon). It’s a tube shooter, and, by its very nature, this 4000 version still feels unique given the rarity of these in the genre. I still own Tempest 2000 for my Jag and think it’s a great game. Do I share the same thoughts on Tempest 4000? Almost.

I’ll get my main gripes out of the way first. Tempest 4000 is missing features I expected. Gone are both the option for two-player mode and the means to enable a constant AI Droid. To say this is unfortunate is putting it mildly, making Tempest 4000 a lonelier and more neutered experience.

The AI Droid is still available in limited means as a powerup. And alongside the screen-clearing SuperZapper, and more pronounced jumping, you’ll still have the means to deal with the frenzied gameplay the longer you can survive. So, how long will that be?

Your blaster shooter looks like a claw crane, and you’ll quickly be destroying numerous advancing alien obstacles aiming for your demise. The first few levels introduce you to the basics, and everything soon clicks. While a challenging game to master, it’s not tough to get into with a controller in hand. Learning the quirky shapes of the geometric levels could mean the difference between success and failure. Precision and timing also help to maximize points in pure arcade fashion.

Older gamers may lament the controls as the Joy-Con is no rotary knob. After a short time, though, I’ve gotten accustomed, and I imagine any who’ve played one of the earlier games will also. Those new to Tempest may find things sensitive, however.

This game has levels that spike the difficulty, and it doesn’t stem from the controls nor the deadly spike enemies themselves. So don’t be surprised to find yourself buzzing along thinking you’re invincible, only to find several lives rapidly wiped away.

Tempest 4000 is a speedy game, so remember to blink. The graphics augment the intensity. They can delight and distract in near equal measure. The screen constantly bombards you with a presentation like a kaleidoscope on steroids. The visuals go all out, alternating glowing hues, flashing, and generally mesmerizing. You’ll ask, “what just hit me” at times, but you won’t hesitate to try again. Those with epileptic or seizure worries, please proceed with extreme caution!

As for Tempest 4000’s music, it’s advertised best as “a thumping soundtrack inspired by early 1990’s techno and rhythmic beats.” It ranges from very good to timelessly great, and the catchiness will have you bobbing along to the arcade action. You can tweak the audio in-game, so I recommend slightly raising the music volume and lowering the fx. I discovered through chance that you could hit the y button while selecting a level for soundtrack variations. Why they stowed away this feature is a mystery.

While in-game controls generate little if any complaints, I’ve found the UI rather clunky and slow, at times outright unresponsive with button presses not registering. There are a couple of other modes on offer (that seem to alter starting lives), prizes, i.e., achievements, and leaderboards (local and online). I was tops on the boards (limited to press) for a while, but those days are long gone. Still, it gives you something to aim for, increasing replayability.

Tempest 4000 is perceptibly held back by a clunky UI, missing two-player modes, and a gimped AI Droid. But it’s still recommended, thanks to its superb audio/visual package and “one more time” gameplay. Especially for series fans, getting “in the zone” will ensure this entry has high replay value. Being able to enjoy this in handheld mode on the Switch is a big plus also.

Tempest 4000 is perceptibly held back by a clunky UI, missing two-player modes, and a gimped AI Droid. But it’s still recommended, thanks to its superb audio/visual package and “one more time” gameplay. Especially for series fans, getting “in the zone” will ensure this entry has high replay value. Being able to enjoy this in handheld mode on the Switch is a big plus also.