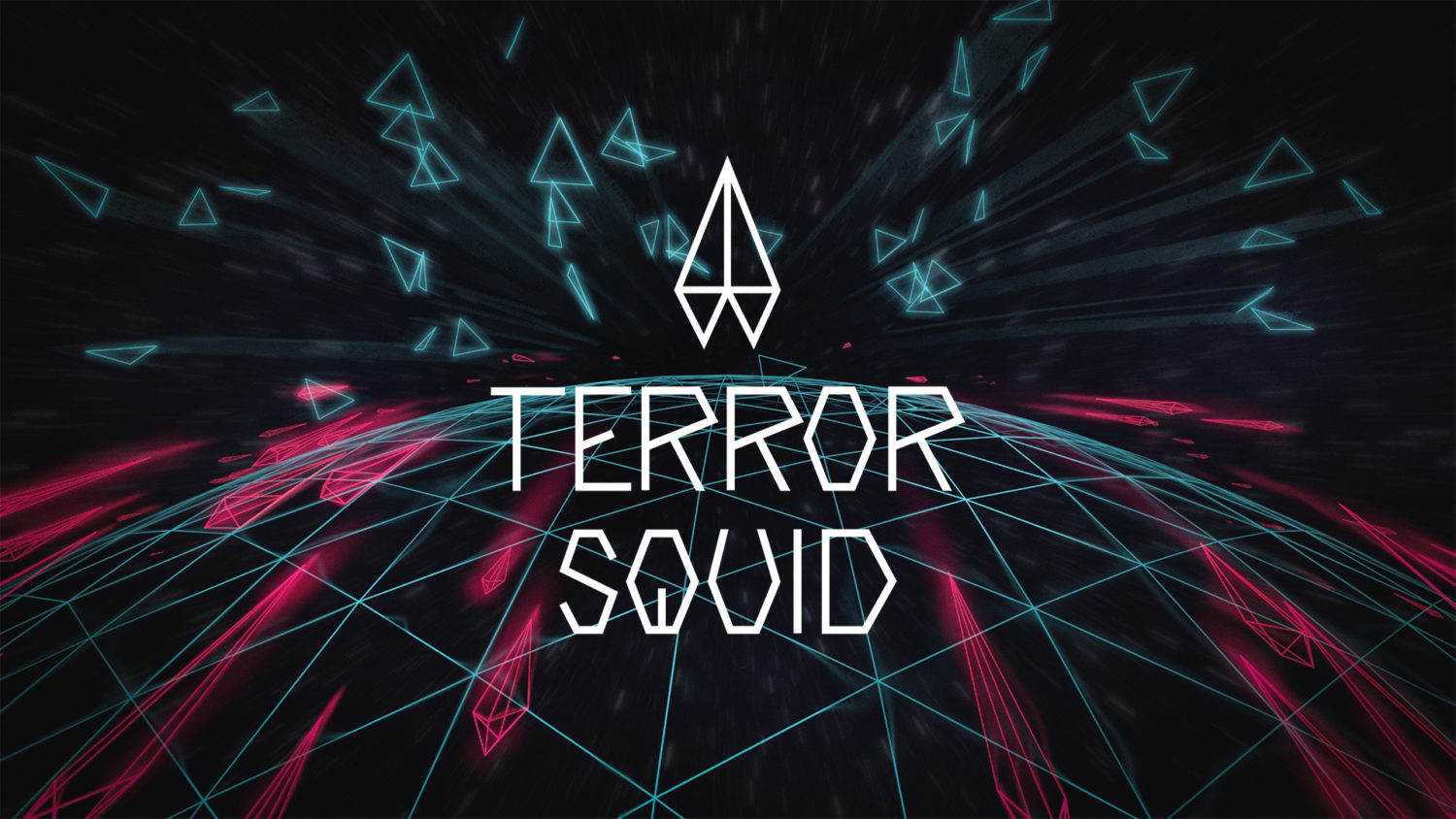 Terror Squid is a twin-stick shooter for the Nintendo Switch. We’ve seen plenty of these over the years, haven’t we? Thankfully, this one presents a unique twist on the genre, one that’s addictive and fun, even if the content is limited.

There’s no story here; the best shooters don’t need exposition. Nope, Terror Squid is all about the action. You pilot an unnamed vessel across a rotating sphere. Although you carry infinite bullets, there are no enemies to shoot. Wait, what? Yes, in Terror Squid, you are your own worst enemy. Your bullets fire automatically from behind as you involuntarily move forward. These projectiles eventually traverse your spherical home to round on you and take you out. Essentially, you create your own bullet hell. 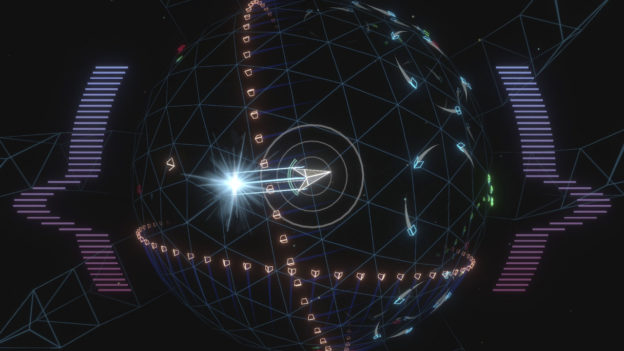 The goal in Terror Squid is simply to avoid your own bullets and stay alive as long as possible. A timer at the top of the screen counts the precious seconds as they slip by. To make things more interesting, you’re only gifted with one life, so each round is over very quickly – usually in less than a minute. This short playtime provides a strong incentive to retry.

There are a few other elements that add to the fun. Every 10 seconds or so, you’re given a chance to detonate a bomb. This can potentially destroy the bullets zipping around your world. It seems to depend on the timing of hitting that button, or is it down to pure luck? I’m still not sure. 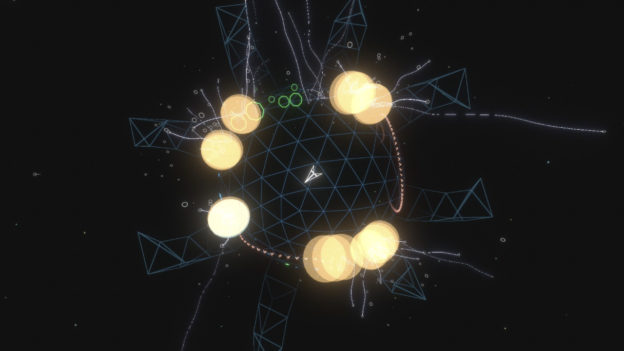 After detonation, your bullets change shape, speed, color, and orientation. Instead of firing a single row of red bullets, now you’re firing five blue bullets, which pulse in and out. Avoiding these various types keeps things fresh – and keeps you on your toes.

Aesthetically, Terror Squid uses vector graphics to present a simple interface that’s all about the shooting. The world is dark, making the colorful bullets stand out against your white ship and black sphere. There are handy lines on the sphere, which give you a sense of a 3D perspective as it rotates. It also creates a clear pathway if you choose to follow a line, helping you avoid the bullets inevitably coming around the bend. 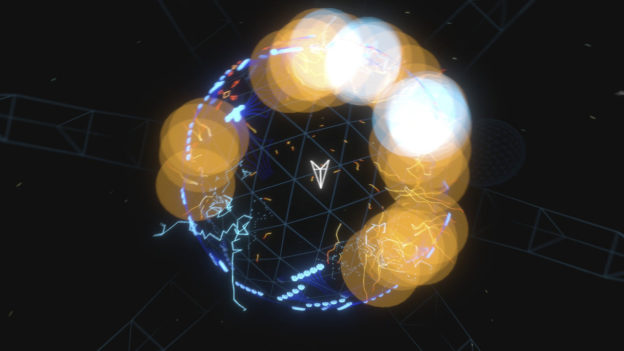 Unfortunately, despite the positives, Terror Squid’s limitations in gameplay and functionality mar its longevity. There are a few incentives to replay, including an online leaderboard and achievements to unlock. Apart from that, the game is fairly short-lived. It’s a shame there are no other variations or a multiplayer option. As addictive as it is, Terror Squid can only hold your attention for short bursts. You may come back to it periodically, but even at only $9.99, it’s hard to justify the price based on the amount of content.

Overall, Terror Squid is addictively simple, with a devilish concept that’s easy to grasp and difficult to master. A few more modes wouldn’t go astray, and a multiplayer option would be a welcome addition. It’s fun in short bursts and adds a fresh twist to the genre, but I won’t be playing it every day. I’d happily recommend this one when it’s on sale though.

Terror Squid is an addictive and fun take on the shooter genre, in which you create your own bullet hell by shooting bullets at yourself. The longevity is the only issue; a few more modes wouldn’t go astray.