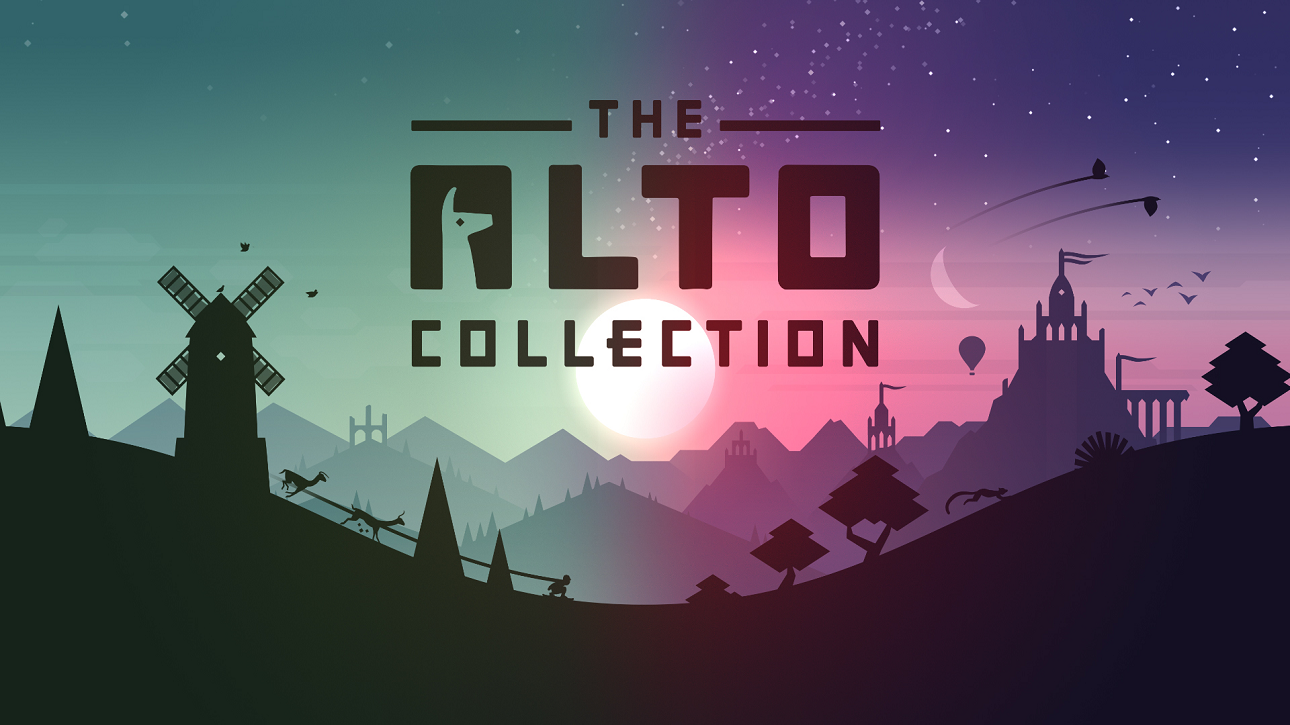 There’s more beneath the surface with The Alto Collection, a compilation of two eye-catching mobile titles brought over to the Nintendo Switch.

“Across the endless desert and atop an alpine expanse two journeys full of wonder await.” I’ve grown to quite like that description, as it has proved appropriate. What I thought would be a simple time-wasting runner that I’d soon grow tired of has turned into much more.

The original, Alto’s Adventure, is still very much a product of its time when runners were more popular. It’s nearly six years old, after all. Nonetheless, chasing llamas down the snowcapped slopes – winter usually translates well in video games – is highly cathartic. The same can be said for Alto’s Odyssey while substituting llamas and the alpine for a desert that’s “vast and mysterious.” Deserts can be tricky to pull off, but this one is among the most refreshing takes I’ve seen.

All you need to do is tap the A-button to jump (or hold it to backflip like Tony Hawk). You can even tap the touchscreen if that’s your preference. To bust out the old axiom, “Ain’t no shame in simple if it’s good.” The Alto Collection is undeniably simple yet undeniably good. I might go so far as to call it great.

Still, mobile origins can’t be shaken. Not only can you get these games for free on your phone (with ads), but the powerups still have the whiff of nickel and diming you. I’ve little use for the one time items (like a helmet that saves you from a single crash) that cost a healthy chunk of in-game coins. Even the means to select starting areas must first be purchased and then paid to use. No thanks. Only a few items are worth it, like the timers that permanently upgrade, leaving the Workshop element beneath the game.

Sometimes you’ll get a bad run – rocks can be hard to see depending on the time of day, which is a small issue but still worth noting. While not prevalent, there’s an occasional slowdown hiccup, though often deliberate for dramatic effect. But even the worst isn’t so short that you won’t mind trying again, though the occasionally odd wait time for saving is a head-scratcher. Getting a long run is oh-so-satisfying. At best, I feel like I’m in one of my dreams where I’m flying and invincible.

Each level has a trio of goals for you to accomplish. They aren’t random either; they are in a deliberate order. Specific goals make your effort all the more rewarding, especially if you can knock off all three in a single run. Be warned that some are extra tough, depending on your area.

If you don’t feel like going through level goals, a Zen mode strips the game down. There’s no way to fail, although there are no points as a result. Passive, but it allows you to listen to some of the music uninterrupted. The music is calming, peaceful, relaxing, soothing, uplifting…insert your synonyms here. It helps you concentrate insofar as you don’t want the tracks to end. Even with fixed attention, the tunes put you at ease.

The wonder comes from little surprises I’ve continued to find over 10-plus hours. There are unlockable characters besides Alto, with subtle pros and cons. There are some visual wonders incorporated into goals that include changes in the time of day and weather. Others are more secrets that I’m not going to spoil. But they brought smiles to my face and made these games feel less repetitive. Again, more beneath the surface. Extras include a photo mode, leaderboards (both friends and global), plus recorded stats.

Alto’s Adventure might’ve been one of my favorite games in early 2015 if I played it on the Nintendo 3DS. As a Nintendo Switch game In 2020, it’s still good, made even better bundled with Alto’s Odyssey. The Alto Collection has some issues on the Switch, but these lively games can keep you engaged considerably longer than expected.

The Alto Collection has some issues on the Switch, but these lively games can keep you engaged considerably longer than expected.